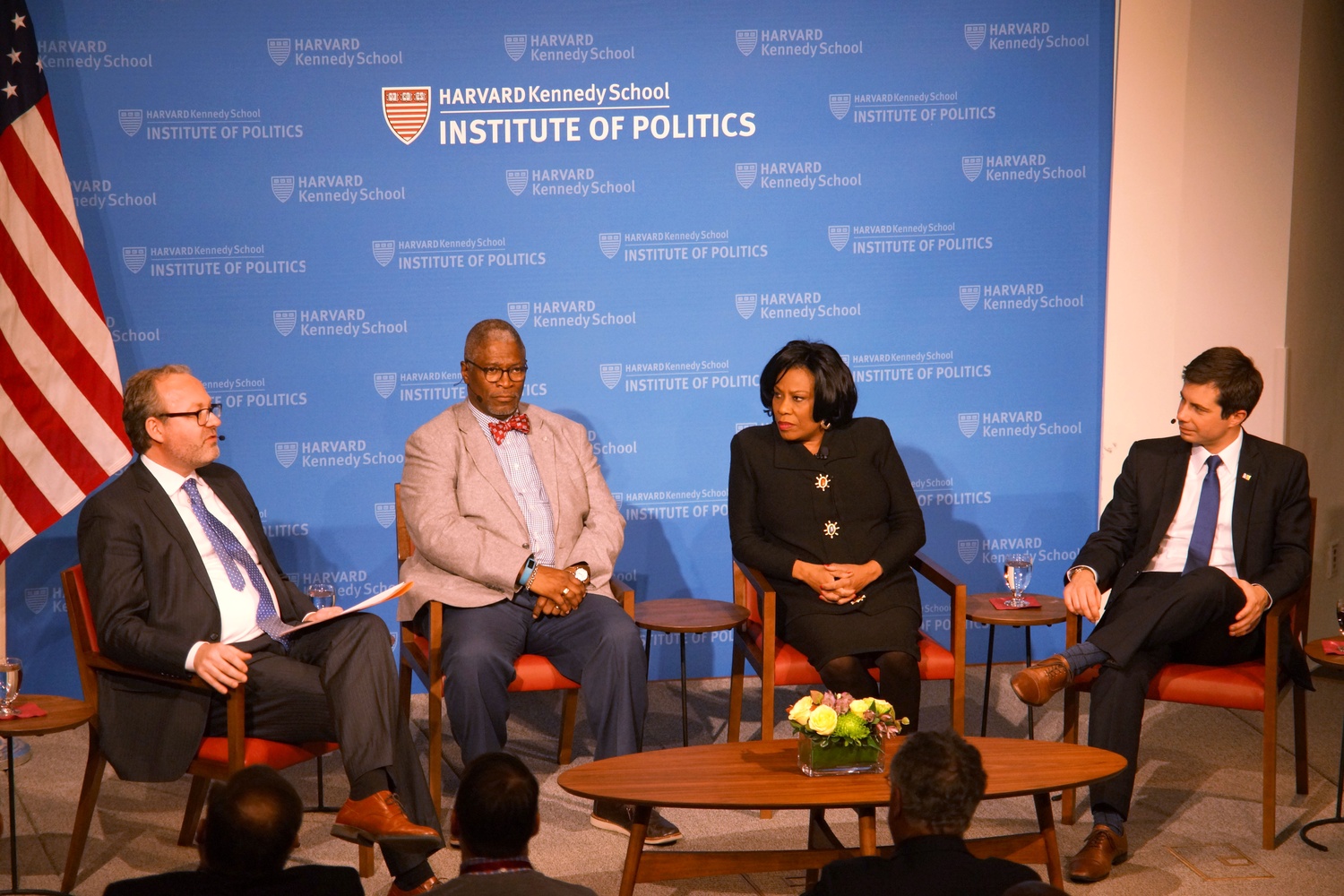 Mayors from Kansas City, Baton Rouge, and South Bend, I.N. spoke about ways that cities can function as incubators for innovation in a panel discussion attended by students, sitting politicians, and over 20 newly-elected mayors at the Institute of Politics Tuesday evening.

The panel discussion was part of a conference to bring together newly elected mayors across the country.

Moderator Jorrit de Jong, the faculty director of the Bloomberg Harvard City Leadership Initiative, opened the discussion with his thoughts on the importance of cities and innovation.

“I think cities are concentrations of human potential, and cities are where many of our problems are but also where many new solutions are created,” de Jong said. “Most mayors are not innovators by choice. They are innovators by necessity. And they have to.”

De Jong then moved the conversation over to the panelists, asking James what he believed was his most important innovation as a mayor.

James spoke about “K.C. Staff,” a system aimed at keeping public officials accountable through a citizen-satisfaction survey. He stressed the importance of listening to citizens’ opinions and responding to their needs.

“I love my job, being a mayor is the best job in politics,” James said. “We don’t spend a lot of time yacking and fighting and arguing. We spend all of our time getting things done.”

De Jong then asked the same question to Broome, who explained that she was proudest of the improvements to public education in her city she made by forging new partnerships.

“One of the first things that I did was to bring our school board together with our city council. That had never been done before,” Broome said. “And believe it or not, that went over really well.”

Buttigieg stressed the importance of goal-setting, even if certain goals might be hard to achieve.

“That creates the kind of pressure. You are putting a pressure on yourself,” Buttigieg said. “It also kind of adds pressure from your community to get this done.”

After the event, Hillary L. Schieve, the mayor of Reno, Nev. since 2014, said, “I feel honored to be here among fellow mayors.”

“It really does make you relate to other mayors and the challenges they have,” she added.