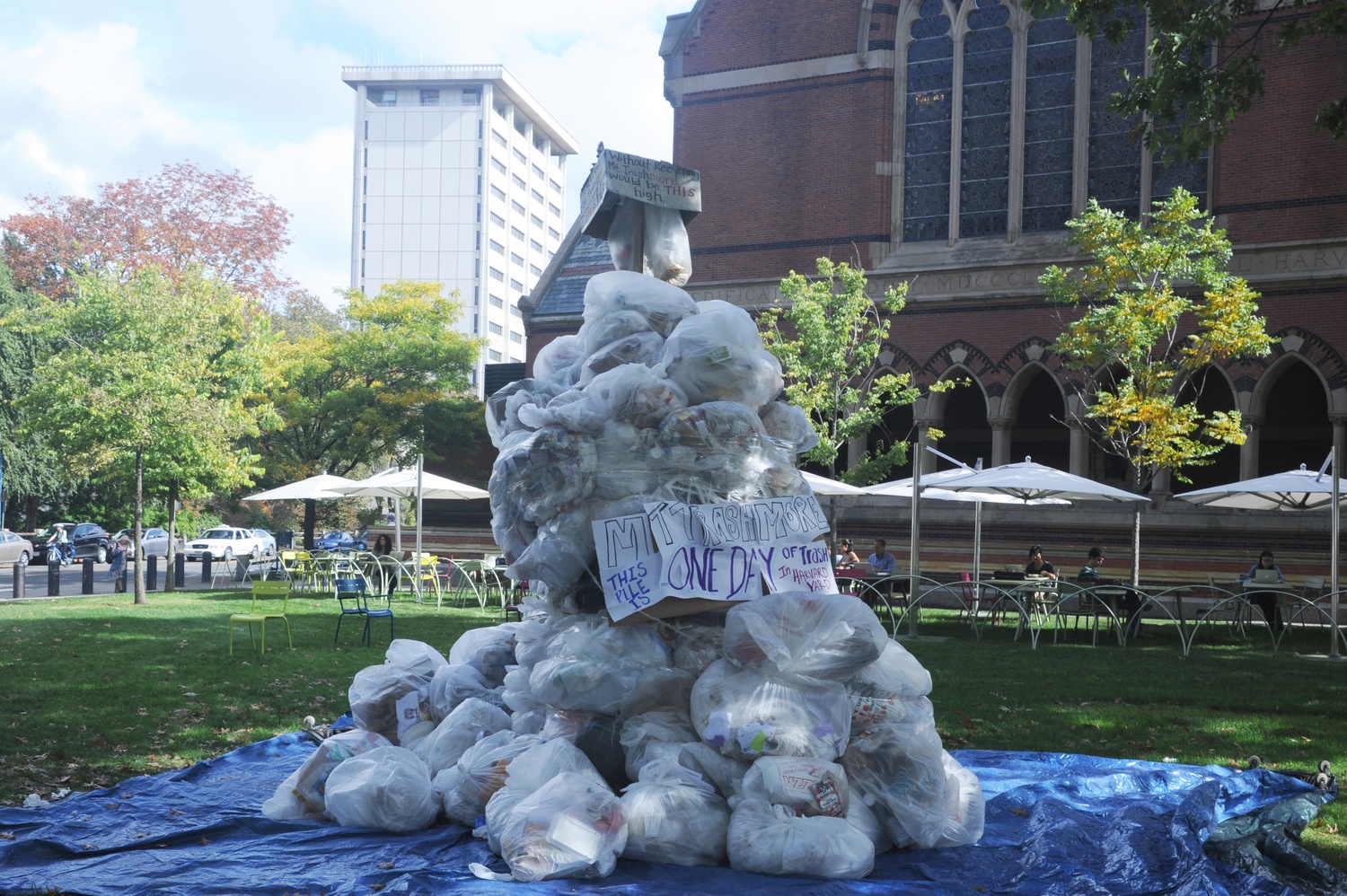 Freshmen making their way to Annenberg on Wednesday morning passed by a mountain of trash including greasy pizza boxes, rotting food, and crumpled red cups—a pile of the waste those living in the Yard produced in a single day.

William C. Belfiore ’19, an inactive Crimson News editor and Sustainability “REP,” said that the event was designed to raise awareness about waste.

“The purpose of the event is just to give students a physical, visual example of what the trash they throw away looks like,” Belfiore said.

At least one freshman, though, was unmoved. Emma V. Stimpfl ’21, who said she recycles but does not compost, said she thought the pile would have been bigger.

“I was not surprised,” she said. “I thought it would be more.”

As part of the waste audit, the REPs also weighed a sample of Harvard’s trash and recycling to determine the amount of waste that was put in the wrong bin, finding that 28 percent of the “trash” was actually recyclable—an improvement from last year. On the other hand, the REPs found that nearly a quarter of items in recycling bins should have just been thrown out.

REP captain Isabelle Desisto ’20 said that one of the main focuses of the event this year is to get people to break down the cardboard boxes they recycle. Often, students will throw away materials that should be recycled because the recycling bins are full of bulky boxes, she said.

“I think the coolest thing I saw was that this same trash can could fit 25 folded boxes, and just five unfolded boxes,” Ethan Taotafa ’21, who passed by the event, said.

Belfiore said that people involved in sustainability efforts on campus are often frustrated by the lack of recycling on campus, adding that students should at least remember to recycle their red cups and pizza boxes.

“Harvard students are so smart, so driven, and often understand the importance of civic values,” Belfiore said. “But really simple things like composting or recycling, throwing things into the right trashcan, Harvard students don’t do, or put a lot of thought into.”