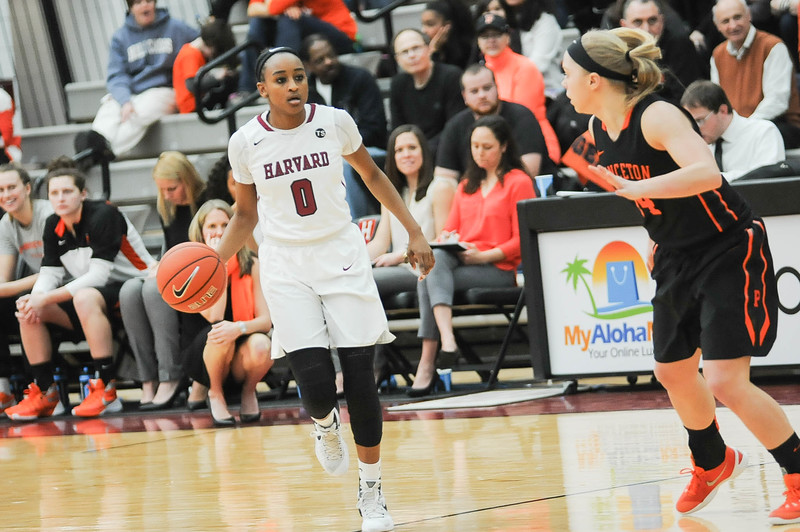 For a team that won 16 in a row last season and hasn’t finished below third in the Ivy League in the past 11 years, it may seem strange to say that consistency is what’s lacking.

But if you ask head coach Kathy Delaney-Smith, who is starting her 36th year at the helm of Harvard women’s basketball, consistency is just what the team must emphasize.

“For us, the difference is consistency,” Delaney-Smith said. “We were consistent through our 16-game winning streak and then had some inconsistent performances. I think we have to grow in that area. We were young, so I think that will be a difference-maker for us this year.”

“I think we’re coming off a really strong season in which we all realized as a team what we’re capable of,” Porter said. “One of our main priorities is remaining consistent. It’s a very long season, and it’s challenging for all teams to remain consistent. But I think that was one of our Achilles’ heels last season, so that’s definitely one of our priorities moving forward.”

While the Crimson aims to move forward, Harvard may feel a tempted to look back at certain parts of last year. And what a season 2016-2017 was. The team posted a 16-game win streak to tie a program record. Then-rookie guard Katie Benzan led the team in scoring, contributing nearly 14 points per game while becoming the first Harvard rookie since 2002 to earn All-Ivy honors as a freshman. The young squad ranked as high at 28th in the nation according to NCAA RPI rankings.

What’s perhaps most notable heading into the new season, though, is the degree to which the pieces on this year’s squad remain unchanged. All told, the Crimson returns players who accounted for over 80 percent of scoring from the previous year.

As much as consistency matters, Harvard will also rely on depth across the board. Seven returning players averaged 10 or more minutes per game last year, with contributors such as junior co-captain Madeline Raster, classmates Nani Redford and Sydney Skinner, and sophomores Benzan and Jeannie Boehm all playing significant time since they stepped on campus as freshmen.

“I would say our X-factor this year is definitely how deep we are,” Porter said. “From top to bottom, everyone knew their role and was able to contribute in their own way. I think our biggest strength is definitely our depth, and that’s what’s unique about our team every year.”

While the departure of forward Destiny Nunley certainly leaves a gap at the four spot, Delaney-Smith’s squad appears to have the personnel to fill the void. Senior Taylor Rooks aims to take a bigger role in her last season, while an unusually tall freshman class—four of the five rookies stand 6’0” or taller—has demonstrated its merits early on.

“I think there’s just a number of people,” Delaney-Smith said. “We have a lot of freshman who will able to play the four spot where Destiny played.”

In the mix is an athletic freshman Jadyn Bush, while another notable addition comes in the form of 6’5’’ forward Maddie Stuhlreyer, now the tallest player on Harvard’s team and tied for the second-tallest listed player in the conference.

While the freshmen look to carve out roles for themselves, and the team overall is underclassmen-heavy, Delaney-Smith will no doubt look to the experience of some key veterans.

Raster has been among the most consistent players on the roster, playing over 25 minutes per game since her freshman year and averaging 10.6 points per game last season. On a team that lives beyond the perimeter, Raster stands out for her ability to take players off the dribble and drive the ball inside.

Benzan and Boehm, for their part, come back with big expectations.

“Both came off very strong freshman campaigns,” Porter said. “I think one of the first things all of us noted when we came back is that they raised their standards for themselves. It’s just been so amazing to see them come back even better than they were last year.”

Benzan hopes to replicate an All-Ivy freshman year. Meanwhile, Boehm aims to build upon a solid rookie year and a wealth of experience both on Harvard’s squad and the USA Basketball U19 team.

“Both of them had a tremendous freshman year, but now that that’s behind them, both of them have improved immensely, especially Jeannie,” Delaney-Smith said. “I would say one of the hardest transitions is being an inside player and going from high school to college. It’s apples and oranges…. Jeannie has grown enormously.”

Picked to finish third in the Ivy League behind Princeton and Penn in the preseason poll, the Crimson faces some serious competition as it looks to win its first share of a conference championship since 2008. While Harvard has finished in the top three in each of the last 11 years, the last time that Harvard danced was in 2007. Last season, Penn spoiled the Crimson’s 16-game streak by handing them a 20-point loss in Philadelphia.

The Quakers lost a single conference game last season, and despite the loss of standout forward Sydney Stipanovich to graduation, Penn returns a good portion of its conference-winning talent. Princeton comes back with plenty of young talent—perhaps most notably Boehm’s U19 teammate, Bella Alarie.

While the conference competition remains strong, Delaney-Smith is confident in her returning talent.

“We’re not surprised that we were picked third, but we’re probably a little better than that given who we returned,” Delaney-Smith said. “We were one of the youngest teams in the country last year and will certainly miss our seniors. But the core is back, the nucleus is back, and that one year under your belt, especially for the freshman, makes a world of difference.”

With the Crimson taking part in three tournaments this season, including games against NCAA tournament teams Dayton, Temple, and FGCU, Harvard will face some opponents.

If Delaney-Smith’s 35 seasons, 11 Ivy League titles, and 567 career wins are any indication, however, her squad is ready for the task. Come the end of the season, the Crimson will likely be competing for a spot in the conference tournament and a chance to dance in March.

“When we hit a bump in the road or we’re faced with a challenge...we work very hard at a solution and move forward,” Delaney-Smith said. “This is a very talented team, this is a very deep team, and our job is to stay consistent.”