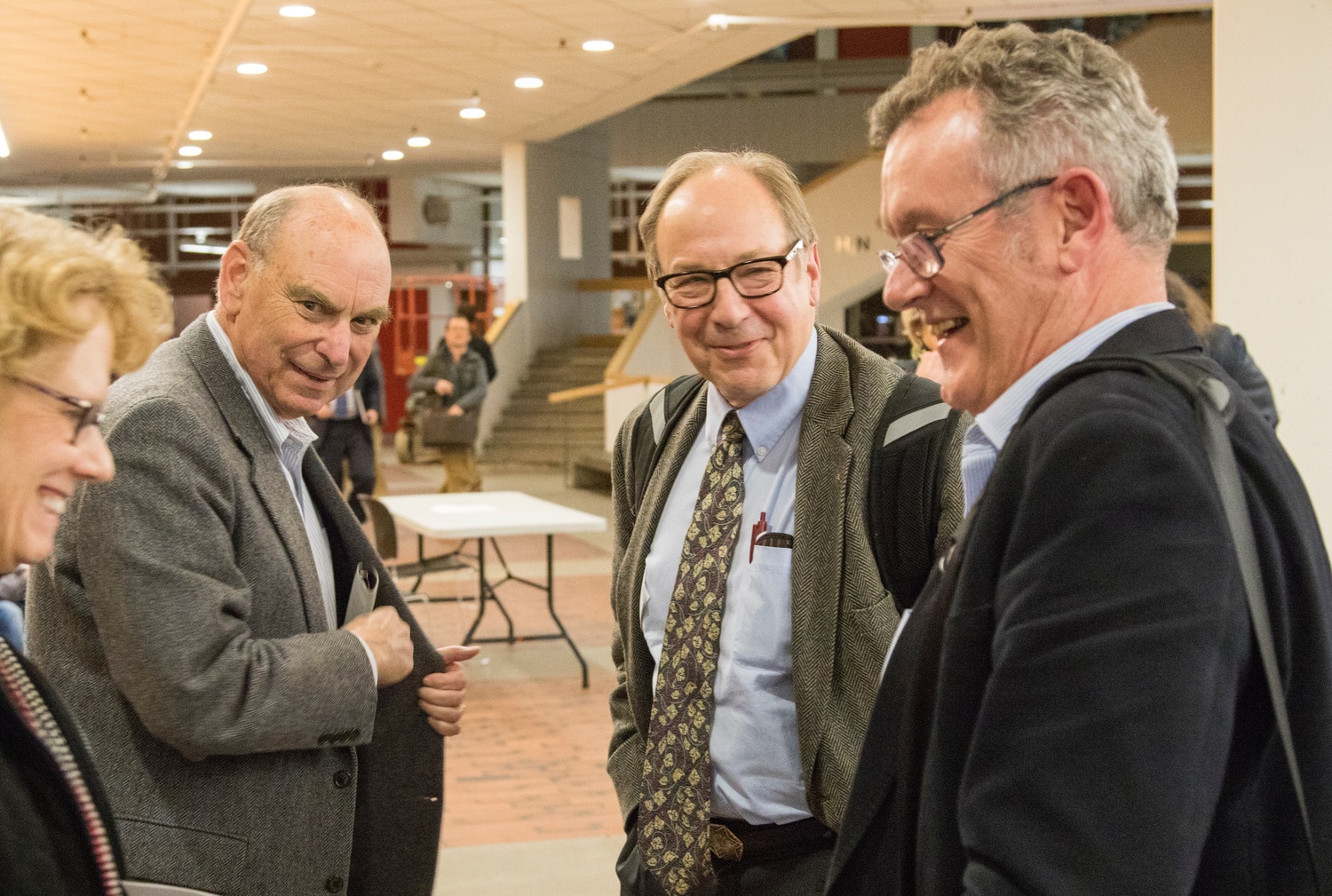 The Faculty of Arts and Sciences voted down a motion designed to nullify the College’s penalties on single-gender social groups Tuesday, a major victory for administrators who have defended the policy against faculty criticism for almost two years.

At their monthly Faculty meeting on Tuesday professors voted by paper ballot on a motion introduced by former Dean of the College Harry R. Lewis ’68 stating that the College shall not “discipline, penalize, or otherwise sanction students” for joining “any lawful organization.”

130 professors voted against the motion, while 90 supported it.

“I’m disappointed, but life will go on,” Lewis said after the meeting.

The future of Harvard’s social policy now rests in the hands of University President Drew G. Faust, who will select one of three options proposed by a committee tasked with reevaluating a May 2016 policy on final clubs and Greek organizations. Faust–who has said she will make a decision before she steps down in June–could maintain the current penalties for members of single-gender social organizations, ban membership in unrecognized groups outright, or consider “some other possible solutions."

Before Faculty voted on the motion, several professors and administrators took the floor to argue their positions on the motion.

In a rare move, Dean of Freshman Thomas A. Dingman ’67 stepped up to the microphone, arguing that the clubs create a toxic and exclusive environment on campus. Dingman added that while he was a member of a final club as an undergraduate, their role on campus has since changed.

Lewis also gave the Faculty his final pitch to support his motion. “The report stated that the President would choose among the options, even though matters of discipline of students are for this body to decide, not the President or any dean,” Lewis said. “The President has declined to acknowledge that this matter is within Faculty jurisdiction.”

Economics professor Benjamin M. Friedman said that he is worried about the implications of Harvard’s social policy for the future of the University.

Dean of the College Rakesh Khurana, one of the primary architects of the social group policy, was the last to offer his opinion before the vote. He argued that the final clubs, despite their lack of formal association with the University, were inseparably tied to Harvard and had a significant impact on the student body. 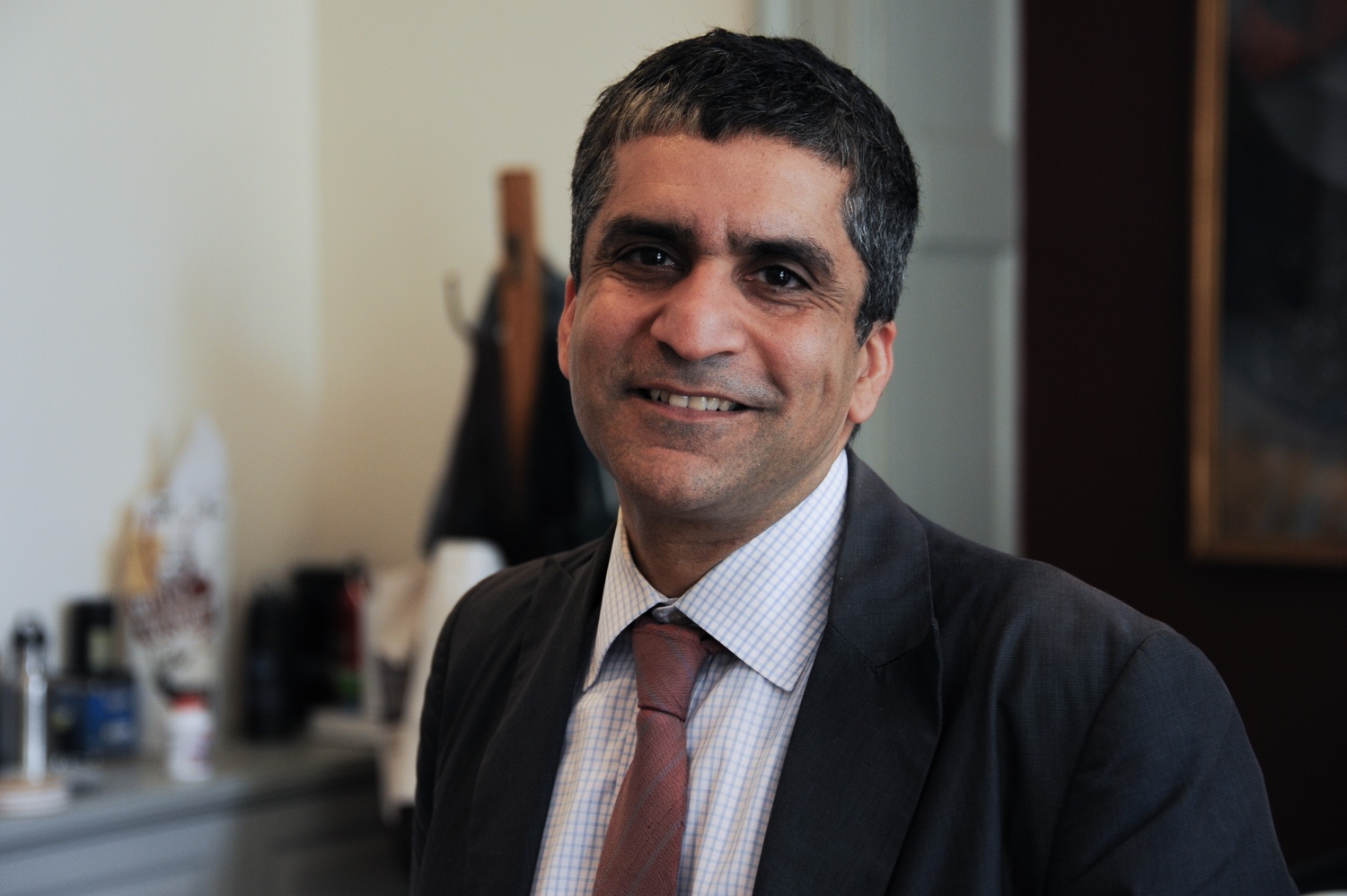 Dean of the College Rakesh Khurana, a primary architect of the social group policy. By Derek G. Xiao

With overwhelming audible approval, the Faculty approved Barak’s move to end discussion and subsequently voted by paper ballot on the Lewis motion. Faust struggled to call the meeting back to order as the Faculty cast their votes.

While Faculty waited to hear the results of the vote, East Asian Languages and Civilizations professor David L. Howell introduced his own social group-inspired motion for discussion only. The motion—which will be eligible for a vote at the December Faculty meeting—moves that the Faculty recognize that basic rights and freedoms may come into conflict with each other at Harvard, and in these cases “it is the responsibility of the faculty and administration of Harvard College to establish policies that protect individual freedoms and rights while upholding the educational mission of the College.”

Howell said he had expected to present his motion after the results of the Lewis motion came in. He said he had written a version of his speech for either scenario, prompting laughter from the assembled Faculty.

“The Faculty should most certainly affirm our commitment to important principles. But we need to do so in a way that recognizes that principles do not exist in a vacuum,” he said. “Just as we do in our legal system, here at Harvard we must constantly strive to balance the rights of the individual with the needs of the community.”

Although the Howell motion was not discussed at length, several professors including Friedman and Richard F. Thomas briefly expressed opposition to it.

The Faculty Council voted to pass Howell’s motion 16 to one. The vote is purely advisory.

The Faculty also heard two proposals: one to change the time of monthly Faculty meetings to align with the new fall 2018 academic schedule, and one to formalize the College’s policy on cross-registration with Harvard’s professional schools. Government professor Danielle S. Allen also presented the preliminary recommendations of the Presidential Task Force on Inclusion and Belonging.

Dean of Undergraduate Education Jay M. Harris joked to the packed room that he was so glad to see so many professors in attendance to discuss cross-registration policy.