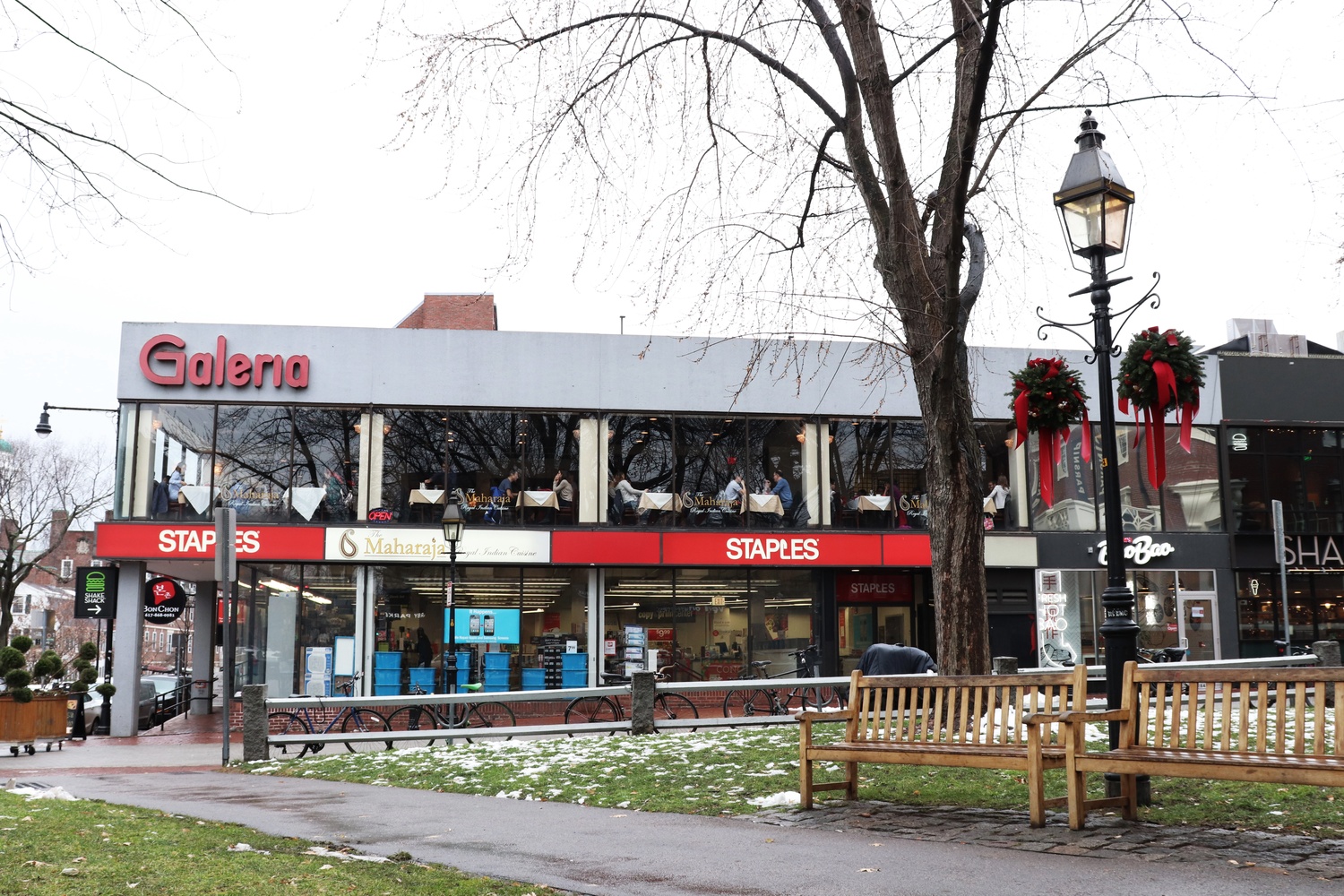 Several Harvard Square property owners alleged that Raj Dhanda, the owner of the Crimson Galeria, misrepresented their opinions on a proposed marijuana dispensary looking to open in the Square. By Lu Shao
By Jonah S. Berger, Crimson Staff Writer

Several property owners contend that a letter sent by Raj Dhanda, owner of the Crimson Galeria, to Cambridge officials falsely touted their support for Dhanda’s attempt to prevent the opening of a local medical marijuana dispensary.

But Palandjian, Friedman, and Schlager have all recently said that they in fact did not oppose the opening of Healthy Pharms, the marijuana dispensary, and did not wish to be included in Dhanda’s letter.

“He did communicate with me. I told him clearly I was NOT willing to join him in opposing it,” wrote Palandjian, who owns multiple properties in the Square including buildings housing Qdoba and Tatte.

Friedman, the president and CEO of Carpenter & Company, Inc—which developed businesses like the Charles Hotel—wrote in an emailed statement that he talked on the phone with Dhanda, but that he never consented to have his name in the letter. “I never authorised my name to be used in an objection and factually I have no opinion on the use contemplated,” Friedman wrote.

And Schlager, the CEO of real estate investment firm The Bulfinch Company, also said he vaguely remembered a phone call with Dhanda. “These conversations were private and we were not expecting to be characterized in a public way and honestly I don’t recall precisely what was said at that time,” he said, adding that his company had not taken a stance on the dispensary.

Peter Mancusi, a member of the communications firm representing Dhanda in the lawsuit, disputed that his client misrepresented the business owners’ responses.

“Raj Dhanda has deep respect for his fellow real estate entrepreneurs in Cambridge. The January letter was written in good faith based on conversations at the time and well before a lawsuit was even contemplated,” Mancusi wrote in an emailed statement.

“What other developers decide to do with respect to the marijuana dispensary proposed for Harvard Square is within their discretion,” he added. “Mr. Dhanda is undertaking this litigation to protect the value of his properties, and will pursue his claims to the fullest extent of the law.”

Chan and Simmons could not be reached for comment.

Palandjian said he has since emailed Dhanda, demanding that he retract the letter and issue a clarification to his original statement.

Dhanda, through his communication firm, refused to say whether or not he would do so.