Harvard Looks to Snap Losing Streak at No. 7 Kentucky 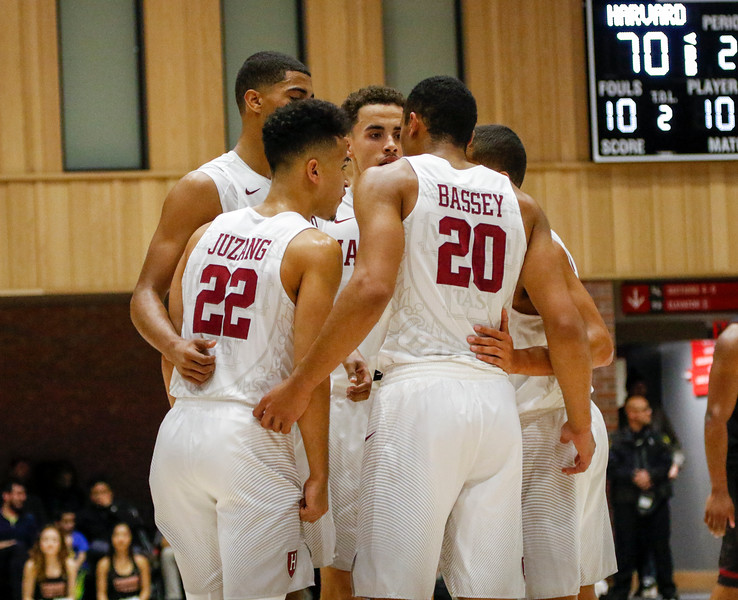 Harvard heads to Lexington with the hopes of taking down a talented, but young No. 7 Kentucky squad at Rupp Arena. By Timothy R. O'Meara
By Troy Boccelli, Crimson Staff Writer

Tomorrow afternoon, Harvard men’s basketball will head into the confines of Rupp Arena, home of No. 7 Kentucky, for what will undoubtedly be a battle of the youth.

The Crimson comes in led by a class of heralded sophomores—in particular guard Bryce Aiken, and forwards Chris Lewis and Seth Towns. For the Wildcats, unsurprisingly, it’s a group of top-ranked freshman, headlined by forward Kevin Knox and guard Hamidou Diallo.

If the statistics are indicative, Saturday’s matchup will see plenty of play for both team’s underclassmen. Harvard (3-5) regularly starts four sophomores—and in the past has started a lineup featuring five of the team’s seven second-years.

All told, underclassmen have accounted for 91.8 percent of Harvard’s total scoring this season.

Playing at Northeastern on Thursday, this youth was on full display for the Crimson in a 77-61 loss to the Huskies. Of the 61 points for the visitors, all but three came courtesy of underclassmen. Forty-six alone came from the duo of Aiken and Lewis.

The story for Kentucky (6-1) hints to an even larger presence of underclassmen. Kentucky starts five freshmen with a total of eight on the roster. The Wildcats don’t have a single senior on their roster, and on the season 100 percent of their scoring has come from underclassmen. The team is the youngest in college basketball based off returning possession-minutes.

The Wildcats enter Saturday’s matchup with a single loss on the season, a narrow 65-61 defeat to No. 2 Kansas in Chicago. Their last win came last Sunday, when the team trounced Illinois-Chicago, 107-73.

For a team that thrived beyond the perimeter last season, Harvard has struggled heavily from deep this season.

The Crimson is shooting just 28 percent from the arc, going 3-of-17 from three against Northeastern in its last outing. Aiken, despite leading Harvard at 19 points per game, has struggled to find his stroke—although he has 43 percent from the field, the sophomore has notched a 29 percent clip from three point range while taking nearly six per game.

Come Saturday, Harvard’s hopes for a competitive game lie in either finding its shot from beyond the arc or getting the ball inside. Given that four of Kentucky’s starters measure up at 6’5’’ or taller, however, the latter would be no easy task. Led by Diallo, arguably one of the most talent wings in college basketball, and an incredibly athletic big in Knox, the Wildcats don’t present many weaknesses.

For the Crimson, the re-emergence of Towns on the offensive end will also be critical to keeping pace with the Wildcats. After averaging nearly 16 points a game through the first five games of the season, the sophomore sat out of a 77-71 win against St. Joseph’s due to illness. Since then, Towns has scored a total of two points in his last two games while going 1-of-9 from the field.

For Harvard coach Tommy Amaker, the record book would imply a win in Lexington on Saturday will be no easy task.

The Crimson’s last ranked opponent came in the form of No. 21 St. Mary’s. The Gaels wasted no time in their drubbing of Harvard, jumping out to a 23-7 lead and handing the Crimson an 89-71 loss.

Nonetheless, Harvard enters Rupp with what Amaker has described simply as an opportunity.

“There is more credit starting this year for winning on the road, so we are looking for opportunities,” Amaker said in early November. “That’s the big word for us: opportunities. Hopefully we will embrace them. It is not easy going on the road to be on the road for quite some time. But boy, how will that turn out if somehow if we are pretty successful?”

Regardless of what appears to be an an almost insurmountable task for the Crimson against the Wildcats, Amaker is certainly no stranger to the bright lights of a game against a top opponent. Not long ago, Harvard upset a No. 5 seeded Cincinnati at the Big Dance and took a heavily favored Michigan State team to the brink.

“Tommy [Amaker]—he’s as good as they get,” said Calipari, speaking to the media on Thursday. “He has a great way about how he coaches and how he gets his teams to play well.”