Title IX Turmoil at the University 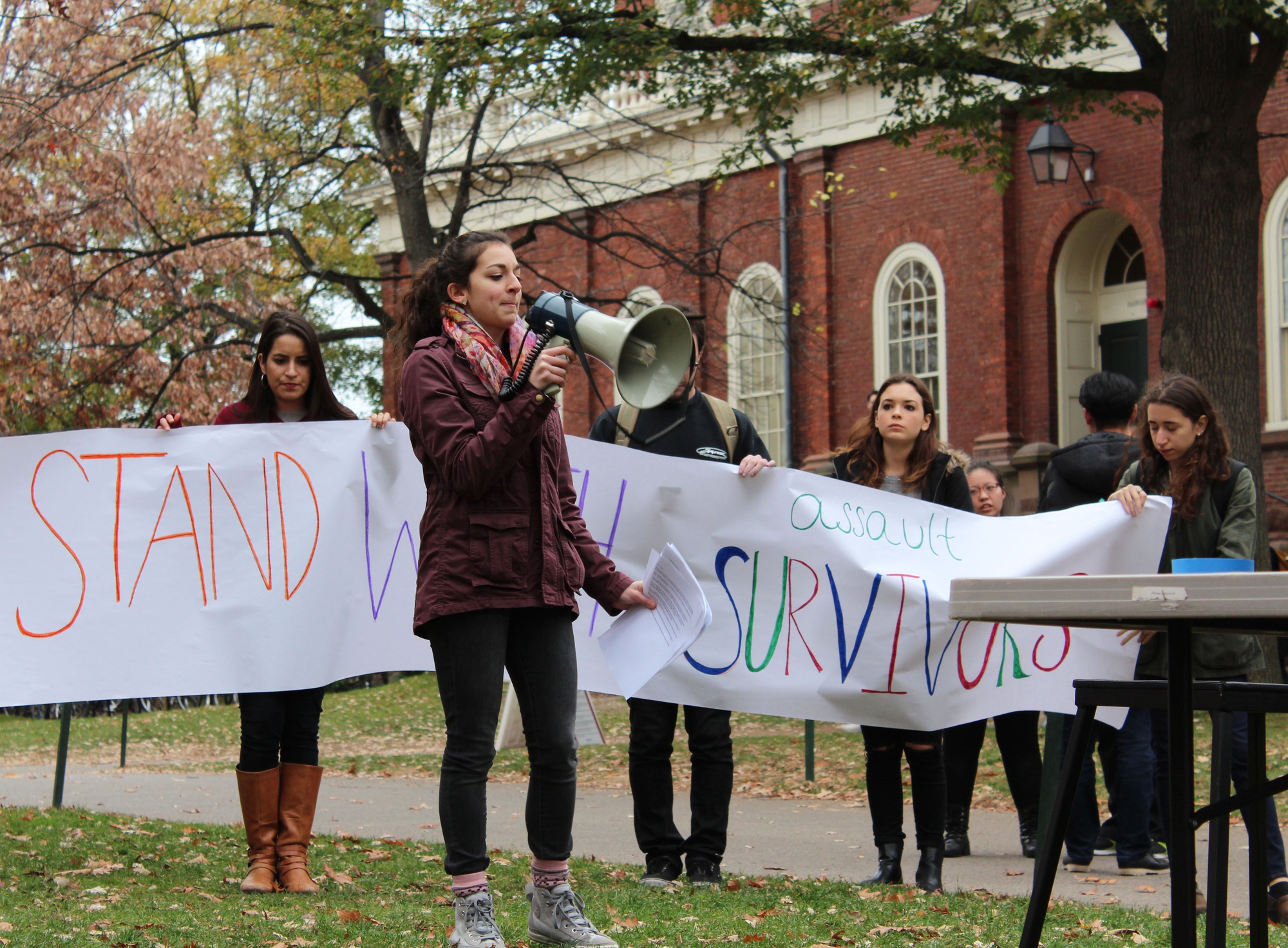 Viviana I. Maymi ‘16 speaks at a rally outside Massachusetts Hall where more than 80 undergraduates convened to call on the College to commit more resources and attention to preventing sexual assaults on campus.
By Jamie D. Halper, Crimson Staff Writer

In a year filled with uncertainty about future enforcement of Title IX—a federal law barring sex discrimination—Harvard restructured its administrative arm that deals with cases of sexual assault, reaffirmed its commitment to enforcing its existing policies, and confronted a series of lawsuits and investigations into its Title IX-related practices.

Just a few months after the administrative restructuring, Title IX itself came under fire when Trump administration Secretary of Education Betsy DeVos raised the minimum standard of proof in sexual misconduct cases. Obama-era guidelines instructed universities to use the lowest standard of proof—called “preponderance of the evidence”—when determining guilt in these cases. Schools are now permitted to use a higher standard called “clear and convincing evidence,” though Harvard is not required to adopt this standard. A number of Harvard Law School faculty members advocated for a higher standard of proof in federal policies prior to the official change, taking issue with overbroad definitions of sexual misconduct and a process they say restricts the rights of the accused under the old guidelines.

Prior to DeVos’s policy change, Deputy Provost Peggy E. Newell said changes in federal minimum standards of evidence would not substantially alter Harvard’s approach to handling sexual assault issues. After the Department of Education announced the policy shift in September, student activists—including members of anti-sexual assault advocacy group Our Harvard Can Do Better—released a statement condemning DeVos’s decision and imploring Harvard to maintain its current standard. In November, the University’s Title IX administrators published a reaffirmation of their commitment to protecting Title IX rights at Harvard.

Beyond policy shifts in Washington, the University saw an increase in reports of sexual misconduct among students in the past year, with a notable spike in complaints following the outpouring of sexual harassment and assault claims in Hollywood and the corporate world.

Harvard also continues to be the focus of a federal probe launched in 2014 to investigate the school’s Title IX policies and enforcement. The Crimson reported in Nov. 2017 that Harvard is facing two other, previously undisclosed federal investigations, bringing the total number of active probes to three.

In addition to these inquiries, the University faces a lawsuit filed by Alyssa R. Leader ’15 in 2016 that alleges the school mishandled her complaints of sexual misconduct during and after a dating relationship she had with another unnamed College student. Earlier this year, Harvard sought a jury trial in the case after an unsuccessful attempt to have the case dismissed.