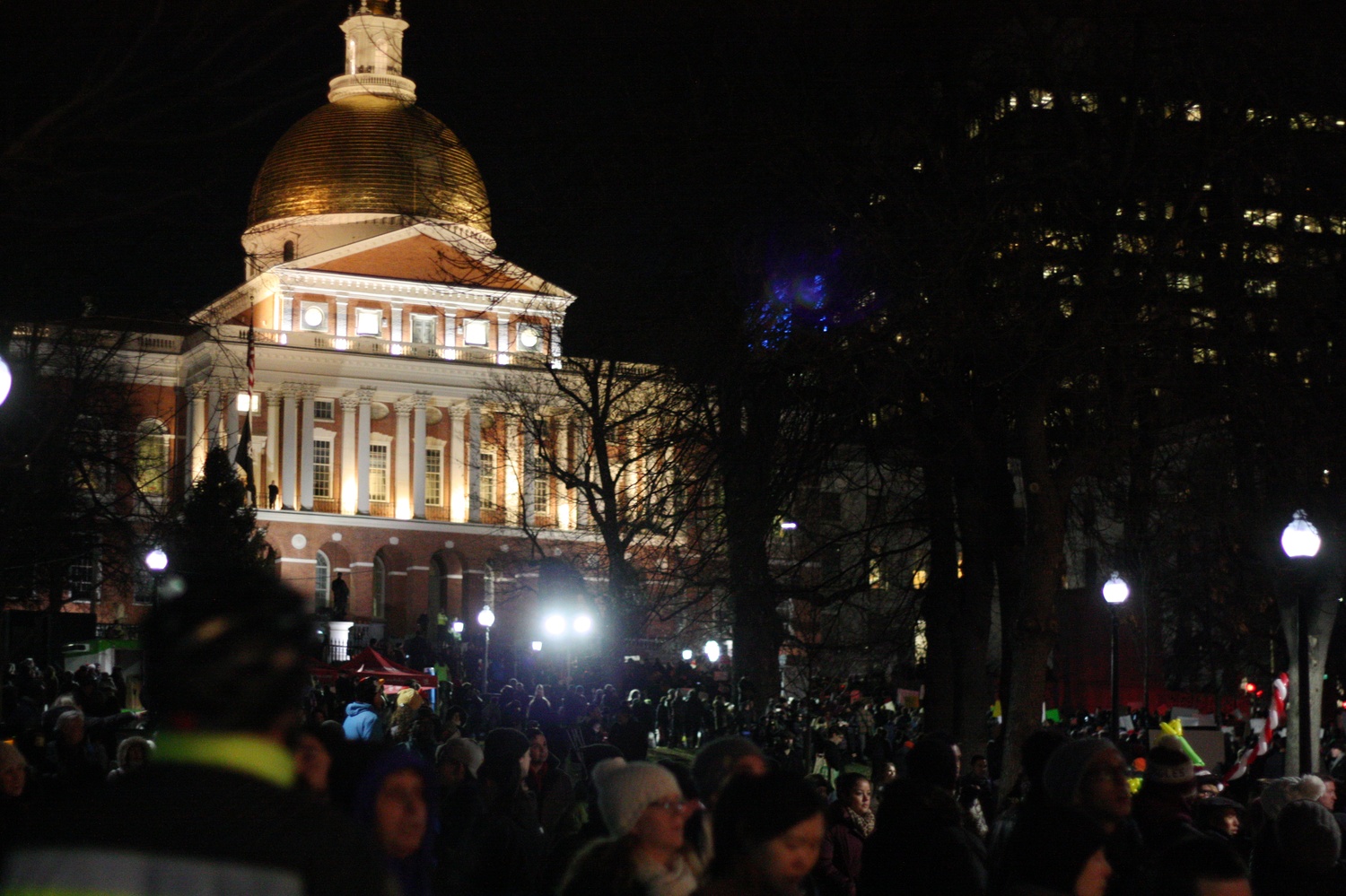 The College Democrats gathered at the Massachusetts State House Tuesday to press for the passage of five bills advocating for a wide range progressive of issues as part of their biannual Lobby Day.

At the State House, the Dems lobbied for five bills. A pair of bills dealt with campus sexual assault: One, in the House of Representatives, establishes a task force to create a model sexual assault survey to be distributed to students who attend universities in Massachusetts, while one in the Senate calls for universities to establish and adopt policies on dating and domestic violence.

The Dems also pushed for three bills in the House: One prohibiting the use of public resources for immigration enforcement purposes, one establishing a fund to improve working conditions for academics, and one aiming to reduce non-recycled materials by turning them into alternative fuels.

Each student was assigned to a task force that represented one of the five bills. Members of each group then met with state legislators throughout the day.

“We had about between 40 to 50 meetings scheduled, and then we’re going to do drop-ins to dozens of other offices,” Shafer-Ray said. “The hope is that we meet with legislators that are sitting on committees where our bills are, as well as the House leadership and Senate leadership.”

Alexander Z. Zhang ’20, the communications director of the College Democrats, said that although the lobbying event is not new, it has seen new changes this year.

“Last semester was really successful; we got a lot of meetings,” Zhang said. “But this semester, we were able to really target key legislators, so people on the committees that we need the bills to go through. So that’s one of the biggest changes.”

Shafer-Ray, an active Crimson columnist, added that the Dems have been preparing for the legislator meetings for months.

“I would say that Lobby Day isn’t just one event—it’s really been a series of events," they said. "It’s not just one like the one day we’re at the State House lobbying, it’s also all this build-up all semester where we’re sending persuasion emails to every single member of the State House.”

Shafer-Ray added that the meetings were successful. “We’ve been told by many staffers and legislators that by just showing that people really care about these bills and going to those meetings that we’re really making a difference and we’re really swaying opinion,” they said.

“I’m really confident with your help we’re gonna get these passed the finish line,” Farley-Bouvier said. “Once we’re able to do that here in Massachusetts, we’ll be able to take these bills and we can see that these bills being a model for other states across the country, knowing that in this realm that we are in right now, this era that we are in right now, it’s all about state by state passing the bills. We really can’t count on the federal government anymore to protect our citizens.”

The College Democrats will hold another Lobby Day in the spring semester.