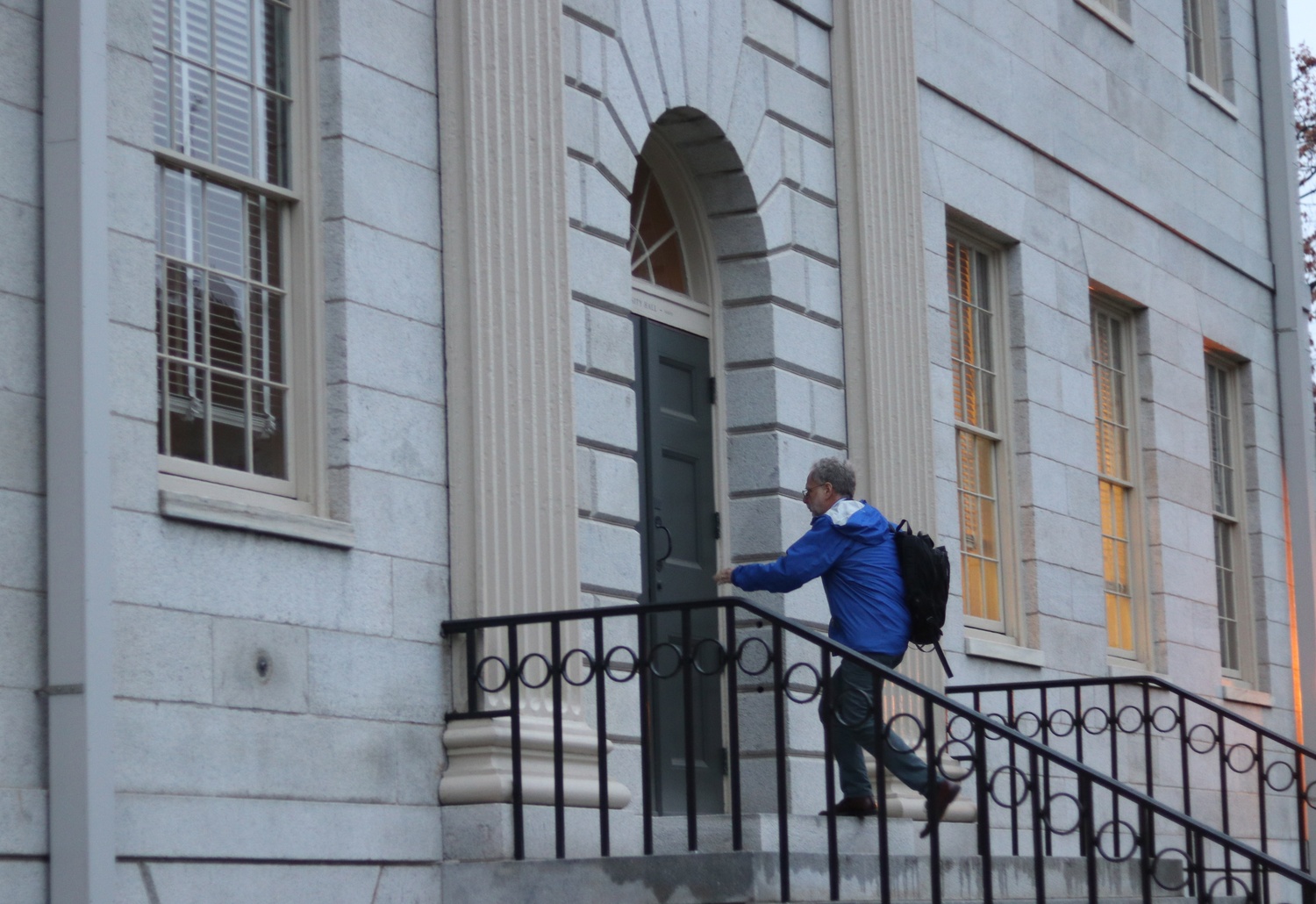 The final word on the College's penalties on members of single-gender social groups, which has divided the Faculty of Arts and Sciences for months, was met with limited protest from the attendees at Tuesday’s Faculty meeting.

University Drew G. Faust’s announcement that the Harvard Corporation had voted Monday to maintain the current sanctions on unrecognized final clubs, fraternities and sororities failed to incite the drama of recent Faculty meetings—some of which had to be moved to larger venues to accomodate heightened interest. Because Faust made the announcement during the President’s Business, it did not appear on the meeting’s agenda beforehand.

Ultimately, a proposal on advanced standing drew more argument at Tuesday’s meeting than the fate of the College’s unprecedented penalties against single-gender groups.

Members of the Faculty were the first to receive the news. As Faust spoke, the letter arrived in the email inboxes of faculty and students.

Faust read a letter co-signed by herself and Corporation Senior Fellow William F. Lee ’72, and then offered brief personal remarks on the decision, which were followed by sustained applause from the Faculty.

“We need to affirm the educational and humane power of diversity and the importance of each one of our students so they all can feel that they too, are Harvard,” she said after reading the prepared statement.

English professor James T. Engell ’73, a longtime sanctions opponent, was one of just two professors to respond to Faust’s announcement at the meeting. He raised concerns of Faculty governance, arguing that it is historically the purview of the Faculty to legislate on matters of student discipline.

“The statement that you read is definitive in saying that the actions that remain in place are not a form of discipline,” Engell said. “Why does the Corporation not regard this as a matter of discipline?”

Many other vocal sanctions opponents, such as Former Dean of the College Harry R. Lewis ’68, were not in attendance. He later declined to comment on the Corporation’s decision.

Anthropology professor Arthur Kleinman, while supportive of the Corporation’s decision, questioned whether Faust and Lee’s statement adequately addressed the moral and personal development of Harvard’s undergraduates.

After the meeting, professors had mixed reactions to the decision.

“I support it about 55 percent, and the other 45 percent is reservations. I’m worried about the sororities,” History Department Chair Daniel L. Smail said after the meeting. “There's sort of collateral damage there.”

“I think actually it excludes people; it doesn’t include people. It excludes people who want to have a good time in college and I wasn’t that type, so I didn’t mind being excluded,” Government professor Harvey C. Mansfield ’53 said.

Faust had planned on waiting to make her announcement until the Faculty had completed discussion on a series of motions brought forth this semester. The final remaining motion on the topic, from East Asian Languages and Civilizations professor David L. Howell, aimed to affirm that, when multiple values come into conflict in the University, it is up to faculty and administrators to balance them.

However, Howell formally requested to withdraw his motion at the meeting on Tuesday, drawing no objection from the Faculty.

“We’re all suffering from motion sickness, so perhaps giving people dramamine for the soul would be helpful,” Howell said. “Perhaps my sin is that I think of the Faculty and administration as partners rather than adversaries. I don’t see how a college in the 21st century could be otherwise. Perhaps we should have a conversation about faculty governance, but I don't think my motion is the proper vehicle for that discussion.”

More contentious to the Faculty in attendance than Faust’s announcement, however, was Dean of Undergraduate Education Jay M. Harris’s proposal to substantially change the College’s Advanced Standing program, which allows undergraduates to either graduate in three years or earn a master’s degree in four years.

If the motion passes next semester, all students will be eligible for Advanced Standing; previously, students were required to have earned high scores on several Advanced Placement exams before entering Harvard. Now, students must take five classes for six semesters in order to complete a master’s degree in four years, and they can not graduate in three years.

Five professors raised various concerns about the proposal, such as the untenability of earning master’s and undergraduate degrees in four years and the important reasons certain students might have for graduating in three years.

“I view this as an instance of us deciding to shoot ourselves in the foot and give ourselves a self-inflicted wound with regards to the master’s program,” Computer Science professor Michael D. Mitzenmacher ’91 said, speaking of the importance of the Advanced Standing program in recruiting top CS students.

The Faculty also approved changes to the College’s cross-registration policies, limiting students to eight credits at Harvard’s other schools, and voted to push Faculty meeting times up one hour to 3:00 p.m. for the 2018-2019 school year.