Khurana Will Be 'Deeply Involved' With Faculty Sanctions Committee 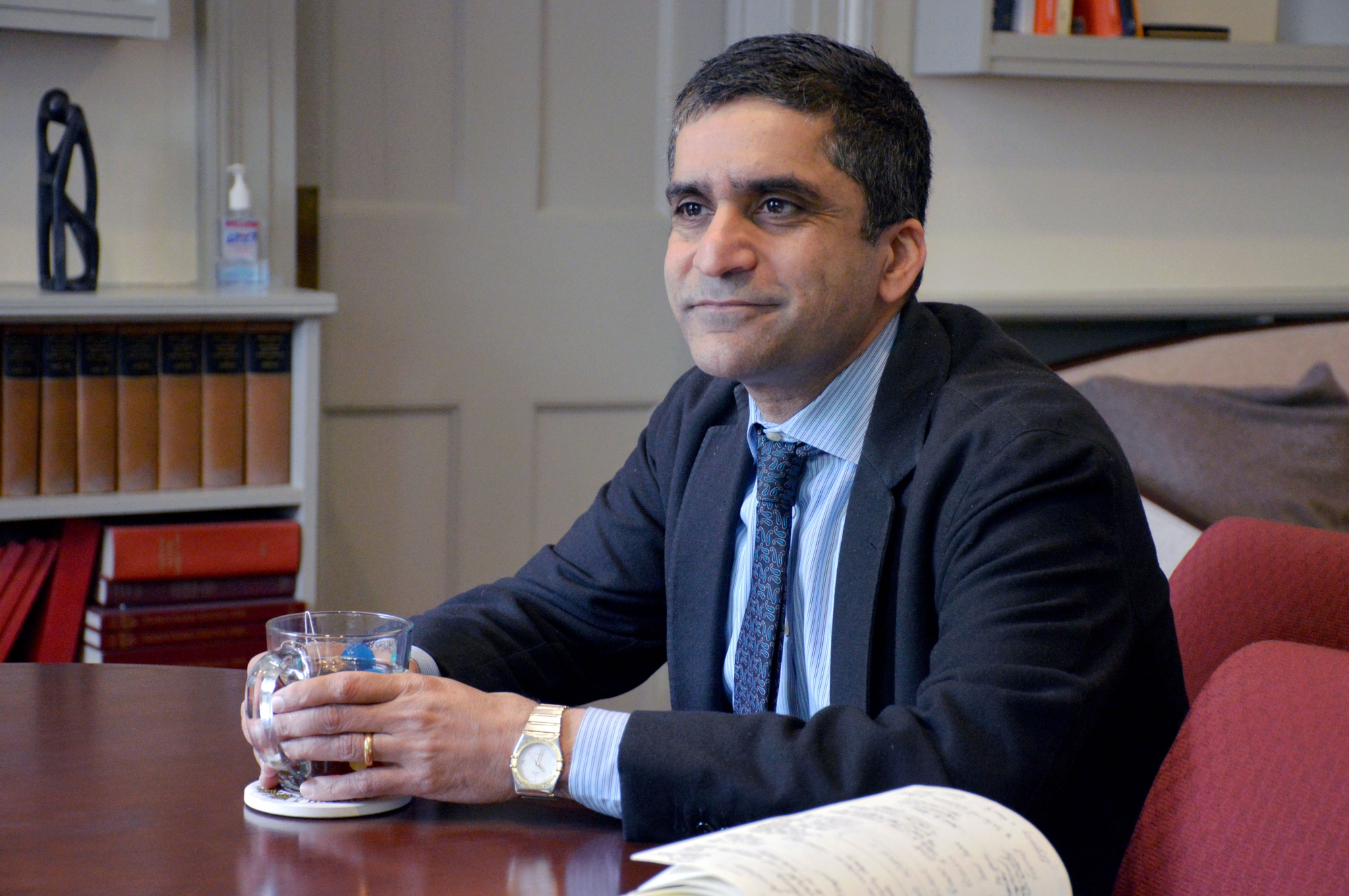 Dean of the College Rakesh Khurana will be “deeply involved” in the faculty committee reconsidering the current policy on final clubs and Greek life, though Dean of the Faculty of Arts and Sciences Michael D. Smith has not yet determined its membership.

In interviews Friday, both Smith and University President Drew G. Faust said that Khurana will maintain a leadership role in crafting any potential changes to the initial policy.

The committee, which Khurana announced Jan. 25, could “revise or replace” the current policy. Faculty, staff, and students will serve on that committee and submit recommendations to Smith in fall 2017.

Dean of the College Rakesh Khurana will be 'deeply involved' in the faculty committee reconsidering the sanctions. By Megan M. Ross

Khurana led the effort to craft the initial policy, which, starting with the class of 2021, prohibits members of single-gender social organizations from holding leadership positions in clubs and on sports teams and receiving College endorsement for certain selective fellowships.

The policy has been the subject of controversy among the Faculty. Former Dean of the College Harry R. Lewis ’68 penned a motion opposing the policy, and some professors charged that they were not properly consulted about crafting it. The new faculty committee will now allow professors to have significant input on the sanctions.

Smith said he has not picked a date for the announcement of members of the new committee.

“I hope to get that done as quickly as possible, because as we said in the message, I’d like to get that group working,” he said.

Committee members will come from across FAS, Smith said. Members could include professors on the Faculty Council, FAS’s highest elected body; the Education Policy Committee, headed by Khurana; or committee crafting recommendations about how to implement the initial policy.

Smith also said that professors who had signed the motion opposing the sanctions could be included in the faculty committee’s work. At last week’s Faculty meeting, Lewis’s motion was officially withdrawn without objection, ending official discussion of the sanctions at Faculty meetings for the foreseeable future.

“I’m looking at this from a point of view where we need a diversity of opinions, if we’re going to have a productive conversation about what changes the Faculty should consider,” he said.

While the committee will submit its final recommendations to Smith, Smith said he plans to draw upon work the College has already done to inform those recommendations. The policy implementation committee has worked on crafting its recommendations for months, though members were unaware of the formation of the new faculty committee until soon before its announcement.

“I don’t think that we’re starting from ground zero here. I think there’s a lot of information,” Smith said.“The knowledge that we already have from the implementation committee, the knowledge the College has, all the reports we’ve talked about over the fall, all that is going to feed into this process.”