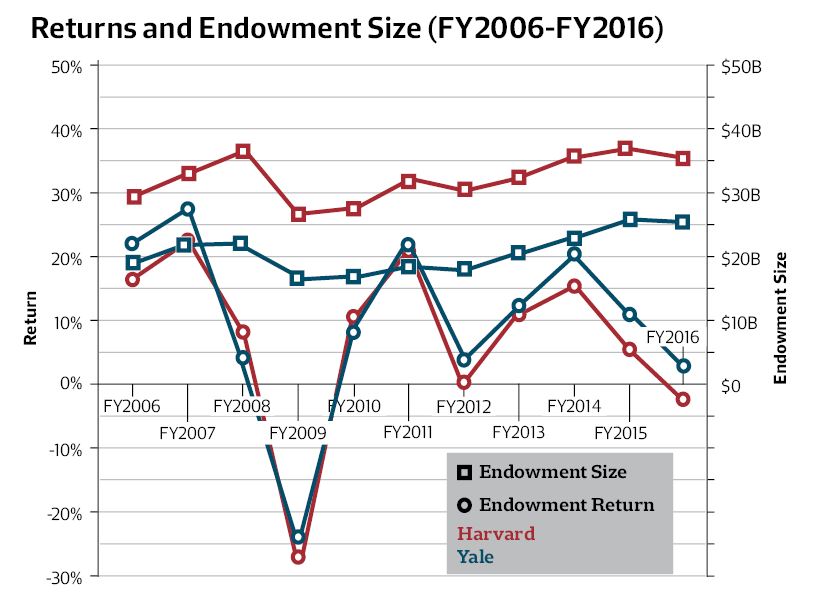 The higher fees external managers will charge Harvard Management Company as it shifts away from an internal management system are justified, University President Drew G. Faust said in an interview last week.

HMC—which manages Harvard’s $35.7 billion endowment—announced sweeping changes to its investment strategy in late January, indicating it would cut its internal staff of 230 in half by the end of 2017 and outsource the investment of most of its asset classes to external managers by the end of the fiscal year.

The changes come on the heels of years of lackluster returns for the University’s investment arm. In fiscal year 2016, Harvard posted negative 2 percent returns on its investments—the lowest returns since the height of the financial crisis. The firm has struggled to keep pace with peer institutions in recent years.

Typically, experts say, firms pay more for the services of external managers than they do if they maintain in-house staffs.

Faust said Harvard “balance[d]” the increased cost of dealing with external managers with the possibility of growth in returns.

“The sense was that the fees that would be charged by external managers in relationship to the insight and success of external managers was worth undertaking,” Faust said. “I think what we want to see is that we have the most effective means of generating the resources for all the wonderful activities that Harvard undertakes.”

Charles A. Skorina, who heads a financial executive headhunter firm, said Faust’s assessment is accurate. Because Harvard will have the freedom to hire and fire any external managers it wants based on their performance, it should expect to see an improvement in the management of its assets, he said.

“What [Faust] means by that is up until now the costs were high and the benefits were low. Had Harvard been producing the kind of returns that Yale has been producing, the cost-benefit would have been very different,” Skorina said. “Then they would’ve said, ‘gee, what a deal we’re getting for paying these folks in house.”

Faust added that the personnel cutbacks are more of a “transfer of staff” than a standard wave of layoffs, mostly because some of the firm’s internal managers are likely to spin off to form hedge funds that will continue to manage some of Harvard’s assets.

“One of the issues here is that some of the reduction of staff is groups of investors spinning off and starting their own investment firms,” Faust said. “That’s not really a layoff—that’s a reduction in staff but it’s a movement to an independent status,” she continued.

HMC’s new CEO N.P. Narvekar hinted at this type of relationship in a message in January, writing that the firm’s highly-successful real estate team is likely to strike off on their own to form a hedge fund, but still work with Harvard’s real estate assets. Three managers will reportedly leave the firm to start their own funds.

On top of the cost of retaining outside managers, though, firms sometimes hire a consultant to serve as a “third-party custodian,” when selecting external managers and settling on a retainer fee, according to Skorina. Skorina said this consultant could cost anywhere from as low as $5,000 a month to upwards of $100,000 a month, depending on their responsibilities.

“It’s all over the map, but they’re all open to negotiation,” Skorina said.

Bradley R. Balter, the managing partner of the Boston-based advisory firm Balter Capital, said it is very unlikely HMC would hire a middleman to mediate relations with newly-formed hedge funds that break off from HMC.

“There should be no middleman,” Balter said. “The middleman would just increase everyone’s cost. If you need to hire a middleman to handle your own spin out, of someone of a firm you dealt with, that doesn’t give me a lot of faith in your ability to execute and negotiate with sufficiently complicated investment vehicles.”

Experts predict that any investment teams that branch off from HMC will likely negotiate a lower price than market value for their services with the firm as a sort of kickback to their former employee.