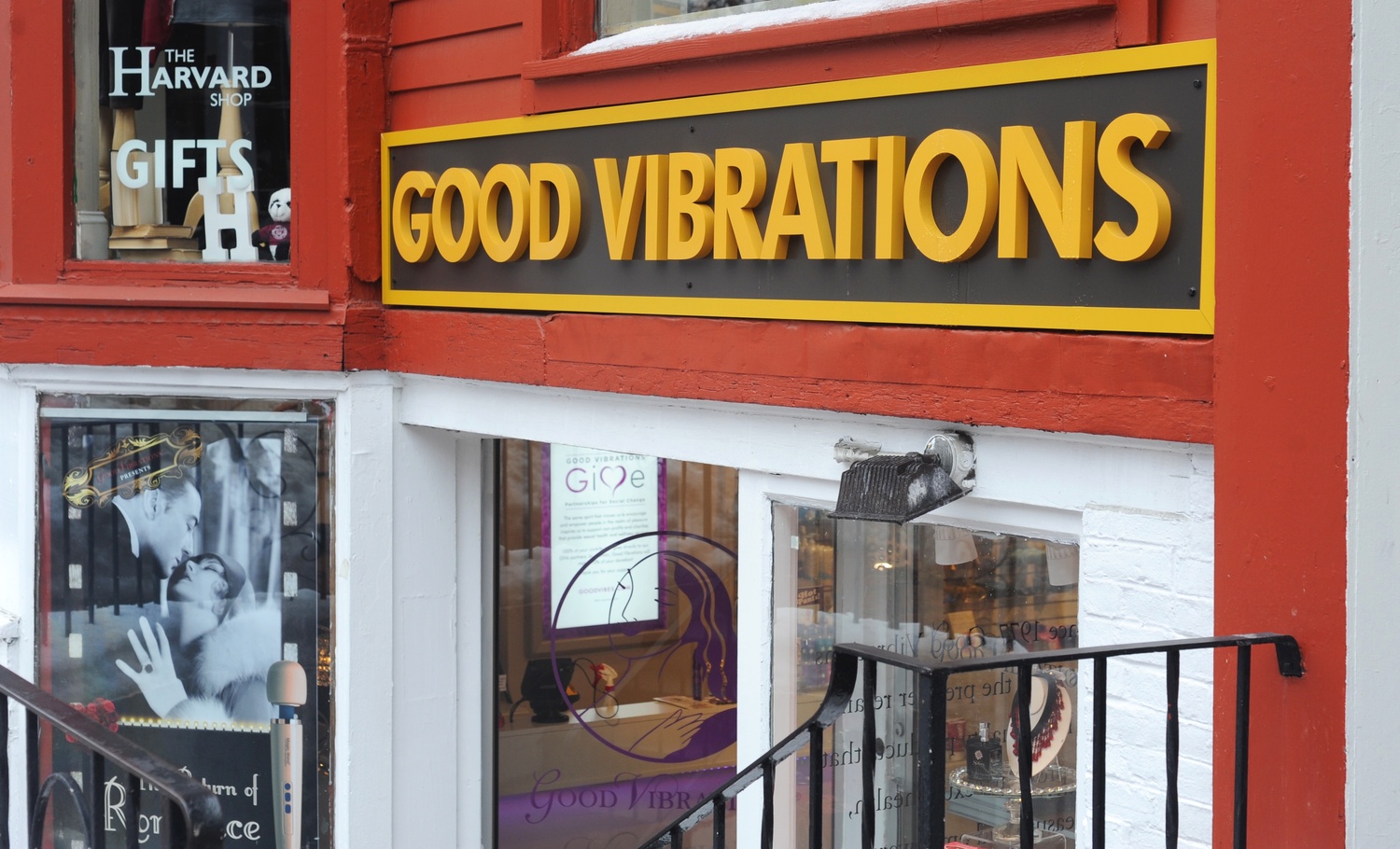 Harvard Square is picking up Good Vibrations from a new sex shop at 52 JFK St.

Good Vibrations, a San Francisco-based business, held its grand opening in January after a “quiet” opening in October. The Harvard Square location is its second in the Boston area, joining the seven branches in the California Bay Area and one in Brookline.

In addition to selling a wide variety of sex toys and other products, Good Vibrations holds educational workshops on sexual health and pleasure. According to the store’s website, staff members are all trained sex educators, and the store focuses on providing information and answering questions about products.

“Students deserve to have a place where they can go and seek safe and reliable information about something that you don’t normally learn about in a sex ed class, and that’s why I think it’s great that Good Vibrations has moved into the Square,” she wrote. “I know of many Harvard students who have gone to the store and been very pleased with their experience there!”

Good Vibrations has been a corporate partner with the advocacy group for Harvard’s Sex Week for years, holding sex education workshops during the event. Kristen G. Cotter, manager of the Brookline and Cambridge stores, said she looks forward to reaching out to more students through the Harvard Square store.

“Our plan is to get more involved with students,” Cotter said. “We’re trying our best to reach out to the community to make sure that everybody has the information, knows that we’re available to talk, and provide just the best info that we can, mostly for the community, but also just to kind of make this world a little more sex positive and a little less shameful about sexuality.”

Peña wrote that she also appreciated that the store is inclusive to all.

“They are also a non-judgmental group who welcome all genders, sexual orientations, and identities into their stores,” Peña wrote.

Denise A. Jillson, executive director of the Harvard Square Business Association, said that when the building owner told her that the store was coming to the Square, she did not know what type of shop it was.

Despite potential differing opinions about the company, Jillson said, she welcomes Good Vibrations into Harvard Square like any other business.

“I think that sometimes they arrive in communities and people have opinions about that. But you know something? This is Harvard Square and we have a very large umbrella. Everybody fits under our umbrella,” Jillson said. “This is a microcosm of society, and we have to be respectful of people, their opinions, and their desires.”

Cotter said that Good Vibrations has received positive feedback so far and thinks the store will stay in Harvard Square for a long time.