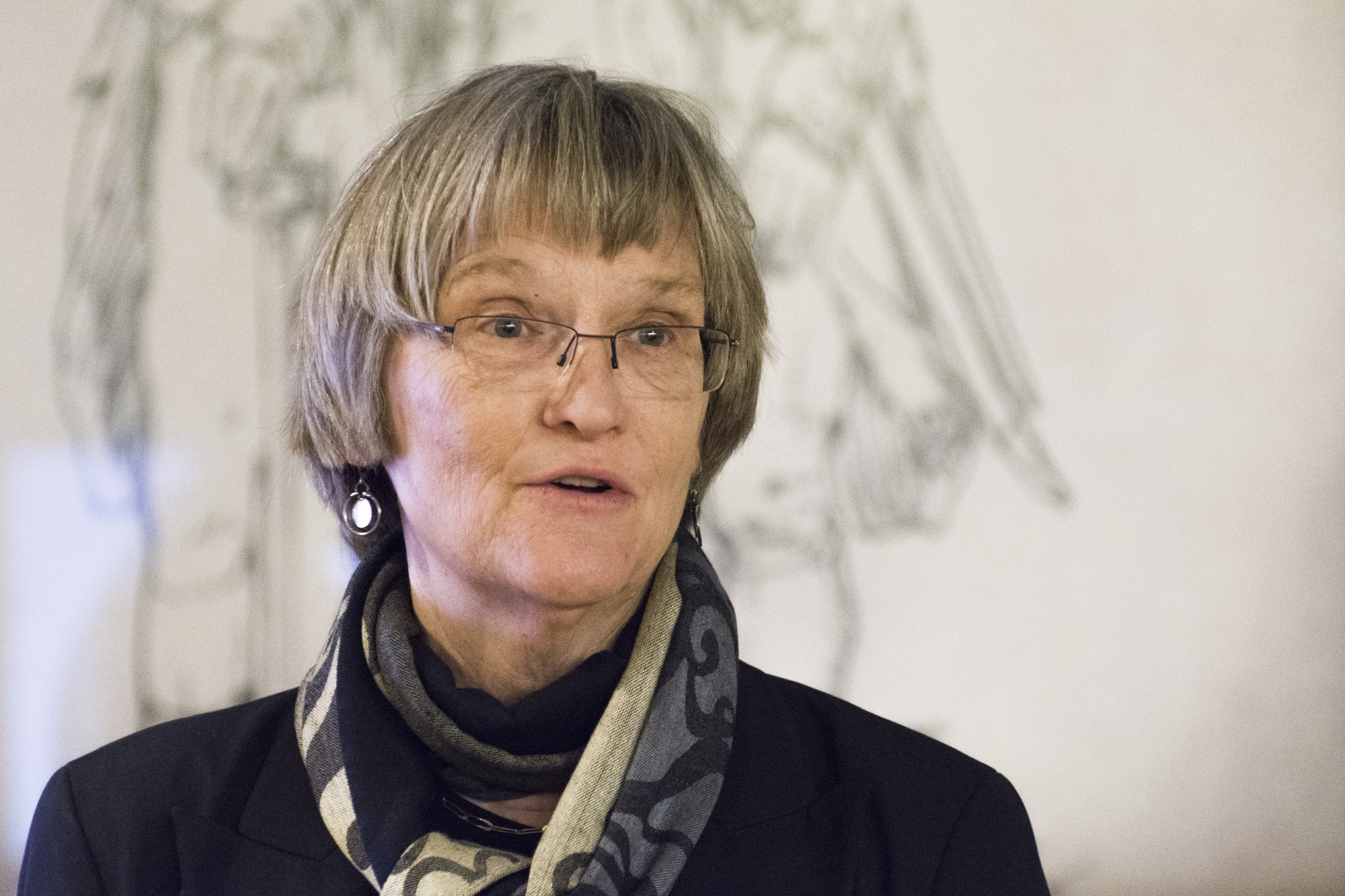 “Higher education encompasses more kinds of experiences, and more kinds of different experiences, than there are people in this room,” Faust told more than 100 Miami students, teachers, and administrators. “There is a place for every one of you.”

Faust also discussed the importance of higher education at an alumni event in Miami on Thursday. Faust has made similar trips for alumni events in locations across the globe, including in Berlin, Beijing, Mexico City, and New York, as part of the "Your Harvard" series.

Marilyn Holifield, a Law School graduate and a member of the Harvard Black Alumni Society of South Florida and the Harvard Club of Miami, helped organize the event. Faust visited the school—Miami Northwestern Senior High School—alongside Shaunte Butler ’14, who attended it before coming to Harvard.

Holifield told the Harvard Gazette that Faust’s visit was an opportunity “for Harvard to see the context of talent in an inner-city school, and to allow students to be inspired by the fact that Harvard cares enough to come down and spend time here, not only with the students, but with the teachers.”

In her remarks, Faust emphasized the importance of higher education for expanding intellectual pursuits and attaining a higher salary. She also drew on her own experiences as a woman attending college in the 1960s.

“As a young woman, I would not have been able to apply to Princeton or Yale—they had no women students then—so it was unimaginable that a woman could become president of a place like Harvard,” Faust said.

Faust added that at her alma mater, the all-female Bryn Mawr College, she felt like she was a “full member of the community.”

“I think that helped me to imagine what women could be and to not see the obstacles that were obviously there in my path, but to be able to see something that carried my sights beyond them,” Faust said. “It made me imagine a career that seemed unimaginable.”