Empathetic and Fierce: An Evening with George Saunders 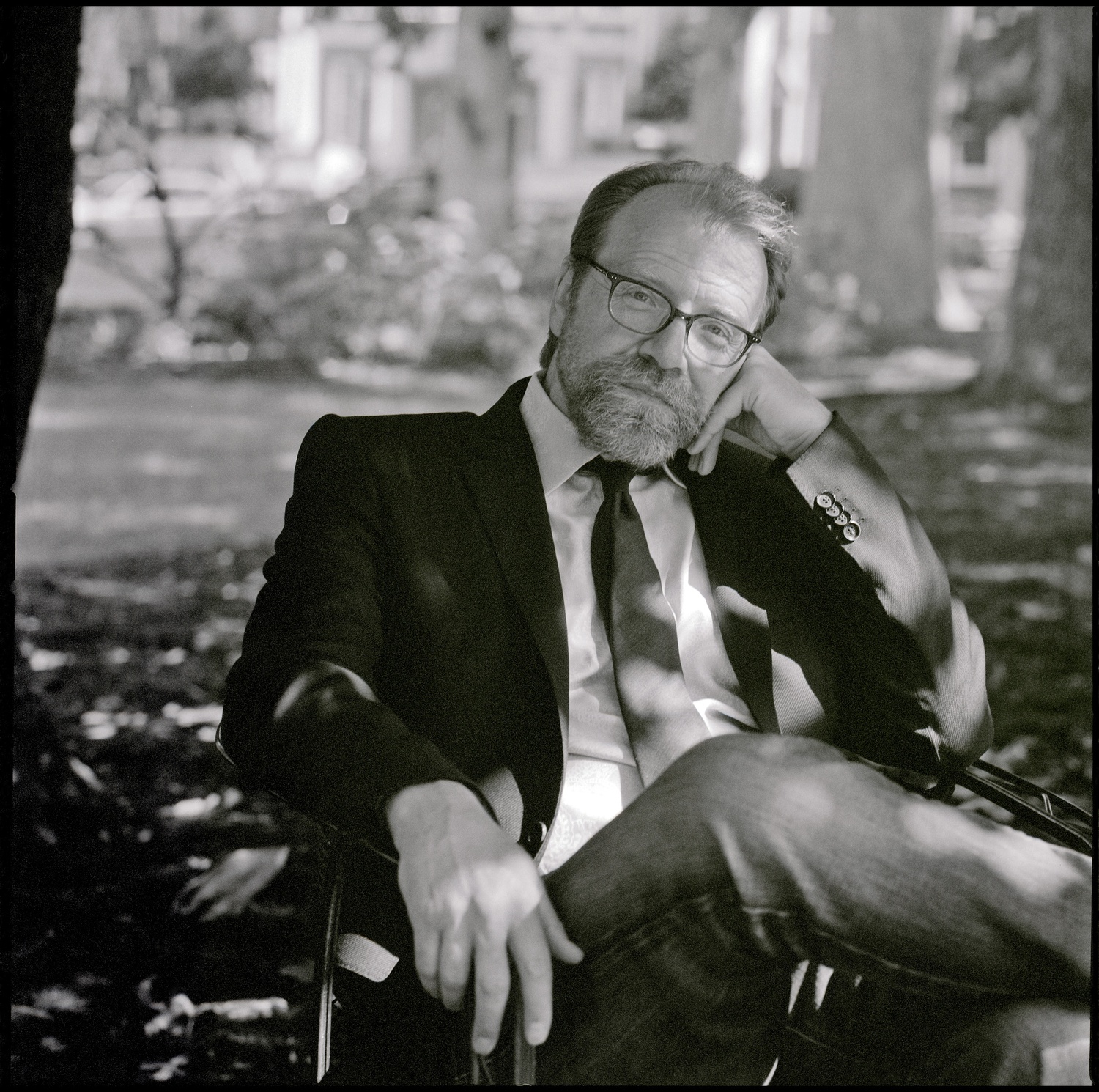 Laughter filled the First Parish Church on Friday night as George Saunders dispensed wit and wisdom about writing and the role of art in today’s world. His visit to Cambridge was part of a several-week tour promoting his new book, “Lincoln in the Bardo.” The Harvard Book Store hosted the event, which included a dramatic reading of the book by Saunders and a cast of five others.

“Lincoln in the Bardo” is Saunders’ first novel, but he is no newcomer to the literary world. His essays and short stories have earned him much critical acclaim, as well as a MacArthur Genius Grant and a Guggenheim Fellowship. He seems to have adapted well to longer-form work, as his novel has already received tremendous praise. The book focuses on one night in which President Lincoln visits the grave of his son, Willy.

Saunders tells the story from the perspectives of the ghosts who reside in the graveyard, but includes many informational quotes from historical texts and accounts of the time interspersed in the fictional narrative. In the excerpt that Saunders read at the event, the two main characters possess Lincoln, giving them access to his thoughts. Interspersed with reflections on the death of his son are quotes from his diaries and letters written about the bloody Battle of Fort Donelson, a key battle in the Civil War. The passage was moving and emotional, but also very funny at times.

This combination of humor and pathos carried over into the question and answer session, in which Saunders offered much more than writing tips. One audience member asked how to feel engaged in art, given the current political situation. “This moment is taking a lot of stuff from a lot of different people,” Saunders replied. “Don’t let it take [your art] away from you too.” The author made no attempts to hide his political leanings or his feelings towards President Trump and said that the duty of liberals in this moment is to be “empathetic and fierce.”

Saunders also gave out more general lessons for the artists in the room. He recalled telling the father of one his childhood friends that he wanted to be a writer when he grew up told him he should, and asked Saunders, “[O]r else you know who you’re going to blame?” Saunders replied, “Yeah, myself.” But the father corrected him. “You’ll blame your wife and kids,” the father said, and that advice stuck with Saunders.

Many of the audience members were already longtime fans of the author, having gotten to know his short-form work. He moved some attendees, like Katherine J. Frick, a fan of Saunders, primarily through his political message. “It was inspiring,” she said. “I think at this moment, hearing someone speak positively about what we can do, and where we are, is really rare.”

Tony Discepolo, another audience member, described Saunders as “very down-to-earth.” He continued, “I think he is expressing a view that a lot of people aren’t expressing right now.”

Others were particularly interested in his writing. J. Gregory Given, a doctoral student in the study of religion, found his historical references compelling. “As someone who uses historical sources...watching him tell parts of a story through block quotes from letters, from other books, and histories of the period, is really fascinating.”