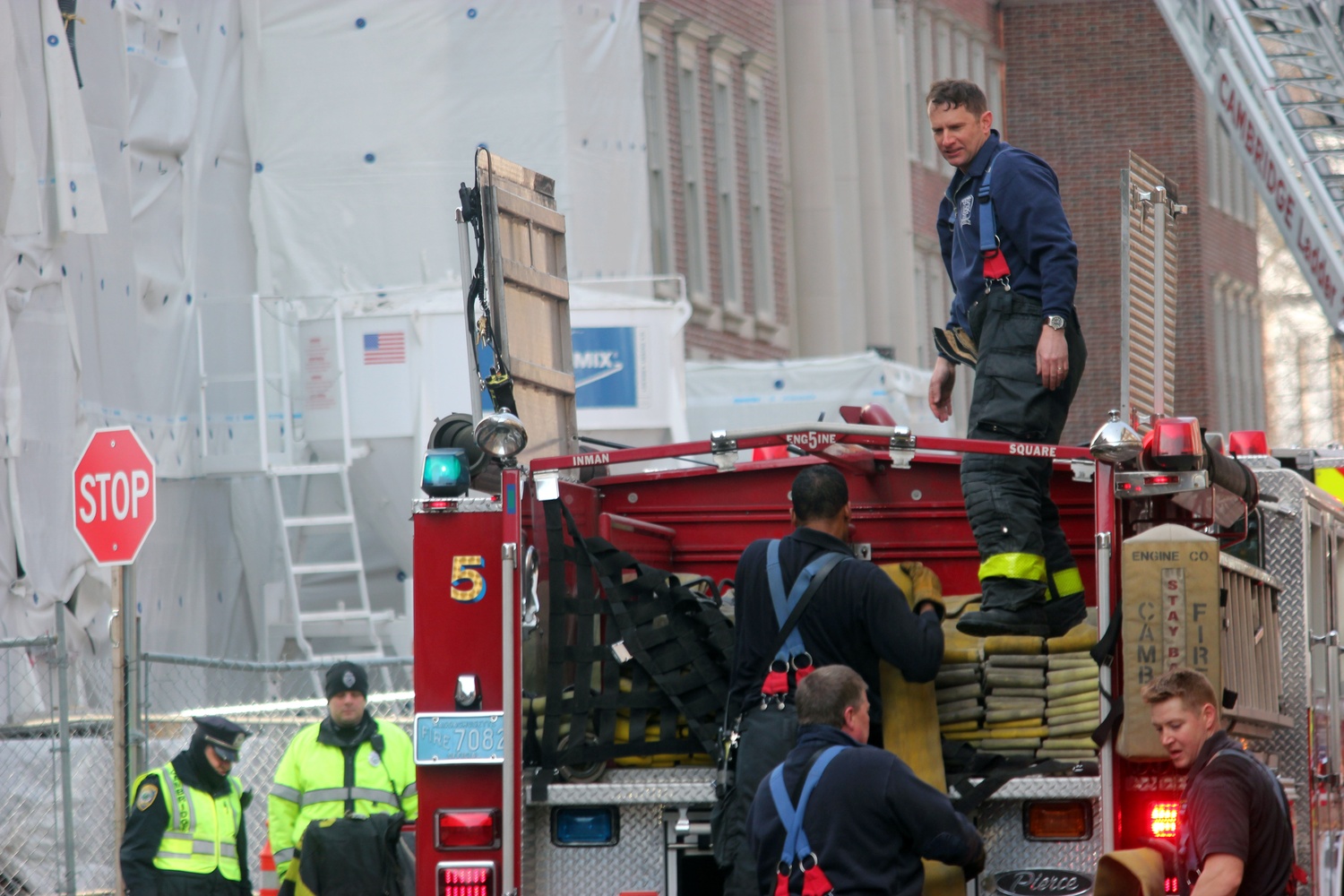 Firefighters work to extinguish a fire on the construction site at Winthrop House on Monday morning. By Lauren A. Sierra
By Michael E. Xie, Crimson Staff Writer

The Cambridge Fire and Police Departments responded to a structure fire Monday morning on the Winthrop House construction site.

The fire began around 9:15 a.m. when heat from the construction crew’s welding materials ignited the wall insulation, according to an emailed statement from University spokesperson Tania deLuzuriaga. The fire occurred in upper floors of the House and spread to the roof and walls. Five engines, three ladders, two squads, and two division chiefs were on site responding to the fire, according to tweets by the Cambridge Fire Department.

At 11:36 a.m., the Cambridge Police Department, apart from one detail officer, departed from the scene and handed command over to the Harvard University Police Department. No injuries have been reported.

“All of the contractors on-scene were safely evacuated and accounted for,” wrote Cambridge Police Department spokesperson Jeremy Warnick in an emailed statement.

Since late May 2016, Winthrop House has been undergoing renovations as a part of a larger project to renovate upperclassman Houses and is currently uninhabited.

Plans for Winthrop House include expanding living spaces, creating new common areas, and constructing Beren Hall, an extension of Gore Hall that will extend the House to the corner of Mill and Plympton Streets. According to deLuzuriaga, the renovation budget and scheduling have not been affected by the fire.