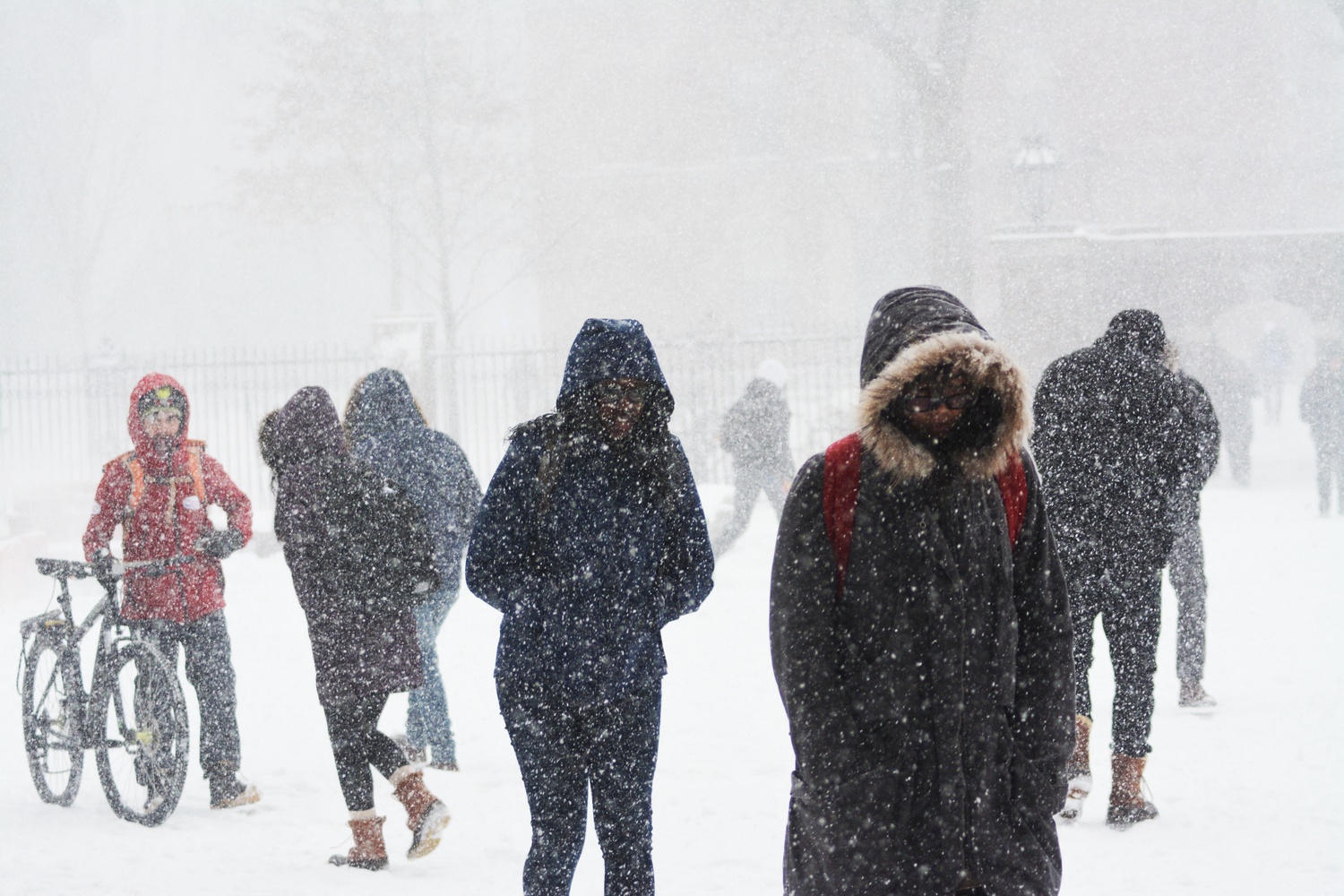 Last month, despite freezing temperatures and more than a foot of snow, students bundled up and headed to class. By Lauren A. Sierra
By Hannah Natanson, Crimson Staff Writer

Facing a forecasted 12 to 18 inches of snow, Harvard has closed both the University and the Faculty of Arts and Sciences for the duration of the day Tuesday.

The closure comes during the College’s spring break, when no College classes meet and many undergraduates are away from campus.

In an email sent to College students Monday afternoon, Dean of Students Katherine G. O’Dair announced the shutdown and urged those still in Cambridge to prepare for the “substantial” storm.

“We recommend purchasing and storing water and food that you can consume in your rooms, and want to remind you that each House is equipped with a kitchen for your use,” O’Dair wrote.

She added that while some restaurants and markets in Harvard Square may remain open, their hours are “hard to predict.” All of Harvard’s dining halls will remain shuttered during spring break this year, though certain students on high financial aid staying on campus over break received Crimson Cash stipends from the College.

“All students who received the College’s Spring Break Grants can use them at CVS, H-Mart, and Broadway Marketplace—all of which have groceries,” O’Dair wrote.

Harvard has cancelled classes due to snow just four times since 1978. Three days of class were cancelled after historic snowfall hit the Boston area in 2015.

A previous version of this story incorrectly indicated that classes were cancelled after snowfall in 2016. In fact, the snowfall and cancelled classes occurred in 2015