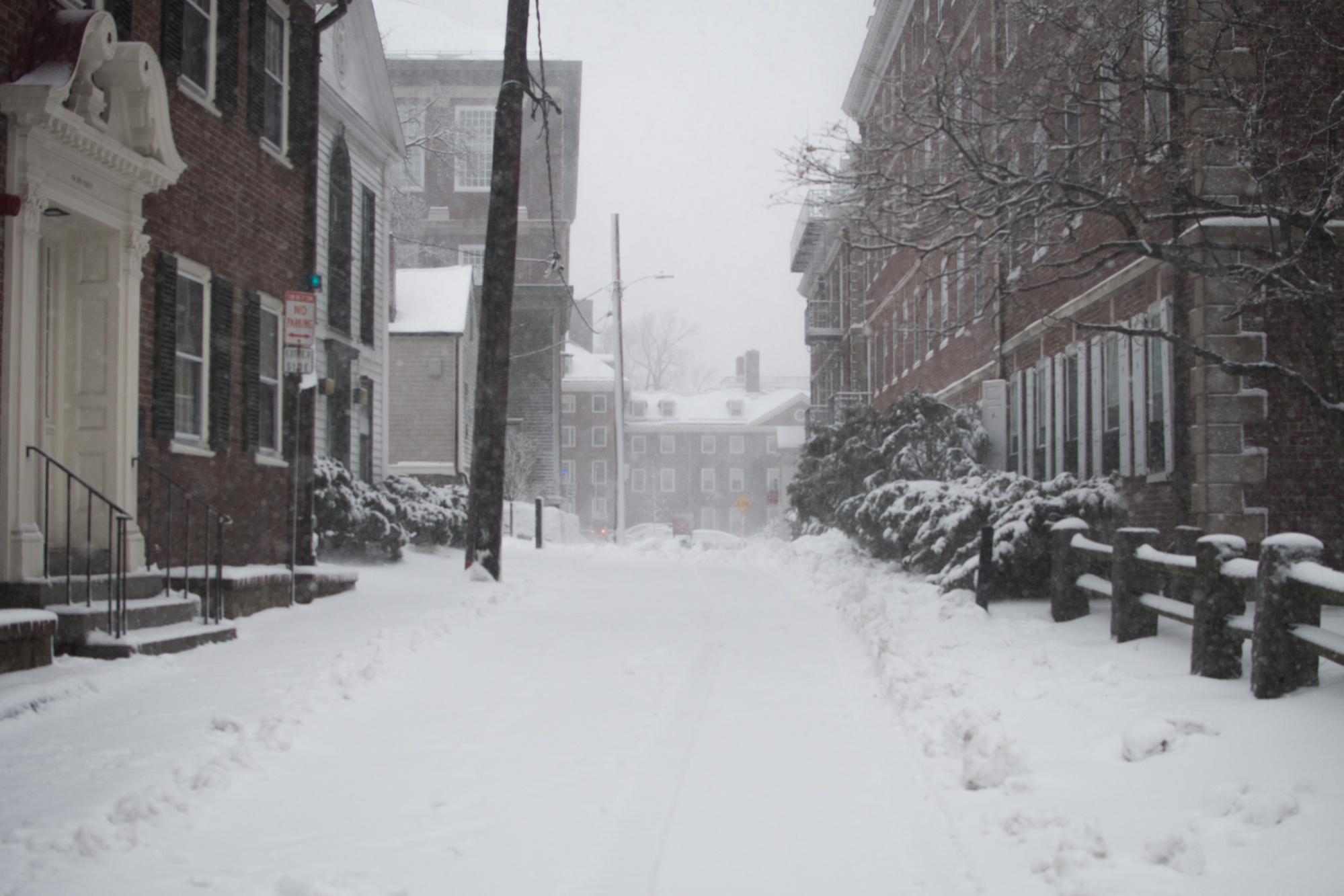 As many undergraduates headed off to the beach for the College's spring break, a blizzard hit Harvard's campus. The University and the Faculty of Arts and Sciences were closed on Tuesday, March 14, due to the 12 to 18 inches of snow in the forecast. However, the snowstorm ended up being a bit more mild than predicted, with less than a foot of snow hitting Boston and Cambridge. Crimson photographers captured scenes from the storm and its chilly aftermath. 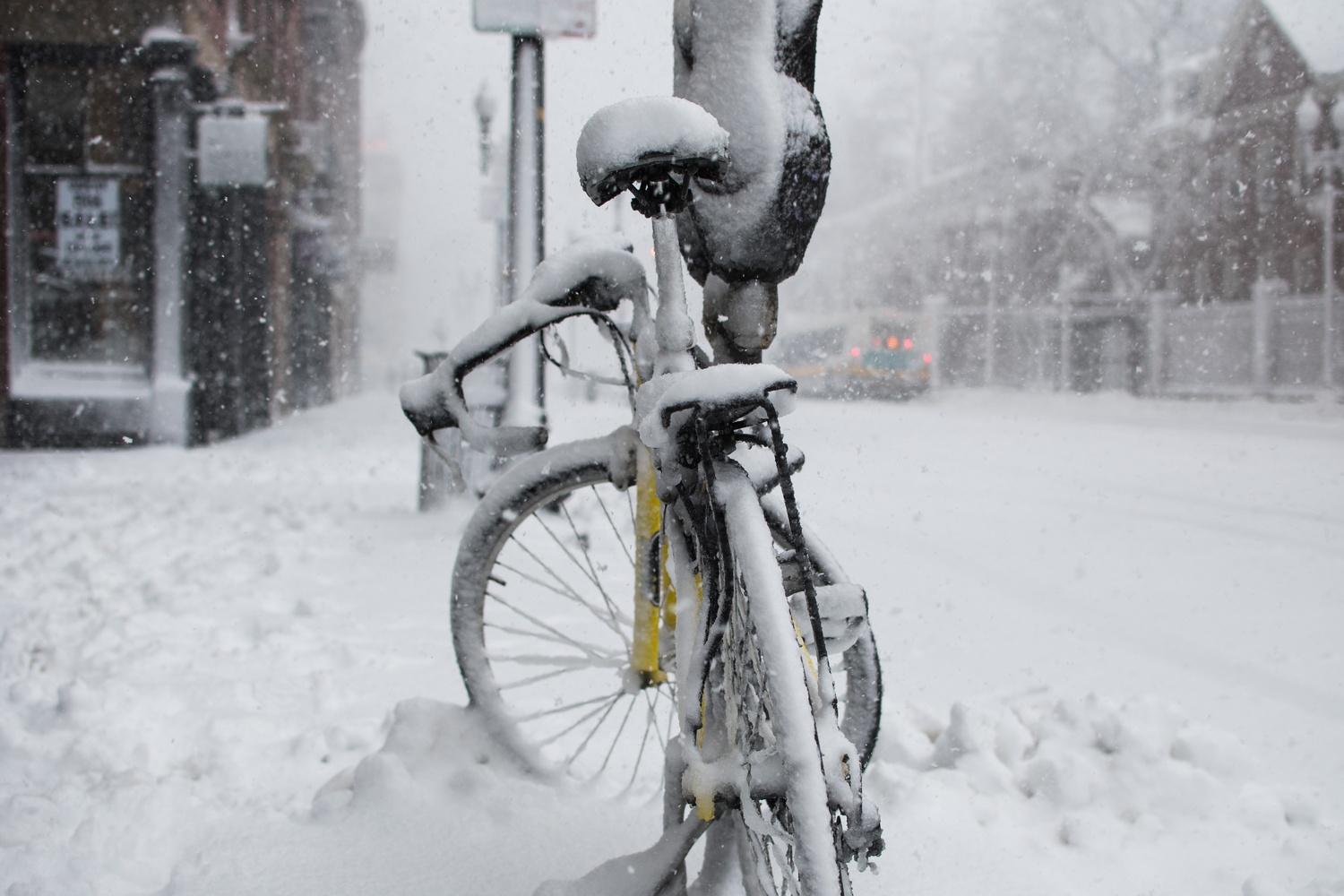 A bicycle locked to a parking meter on Massachusetts Avenue weathers the gusts of wind and heavy snowfall on Tuesday afternoon. 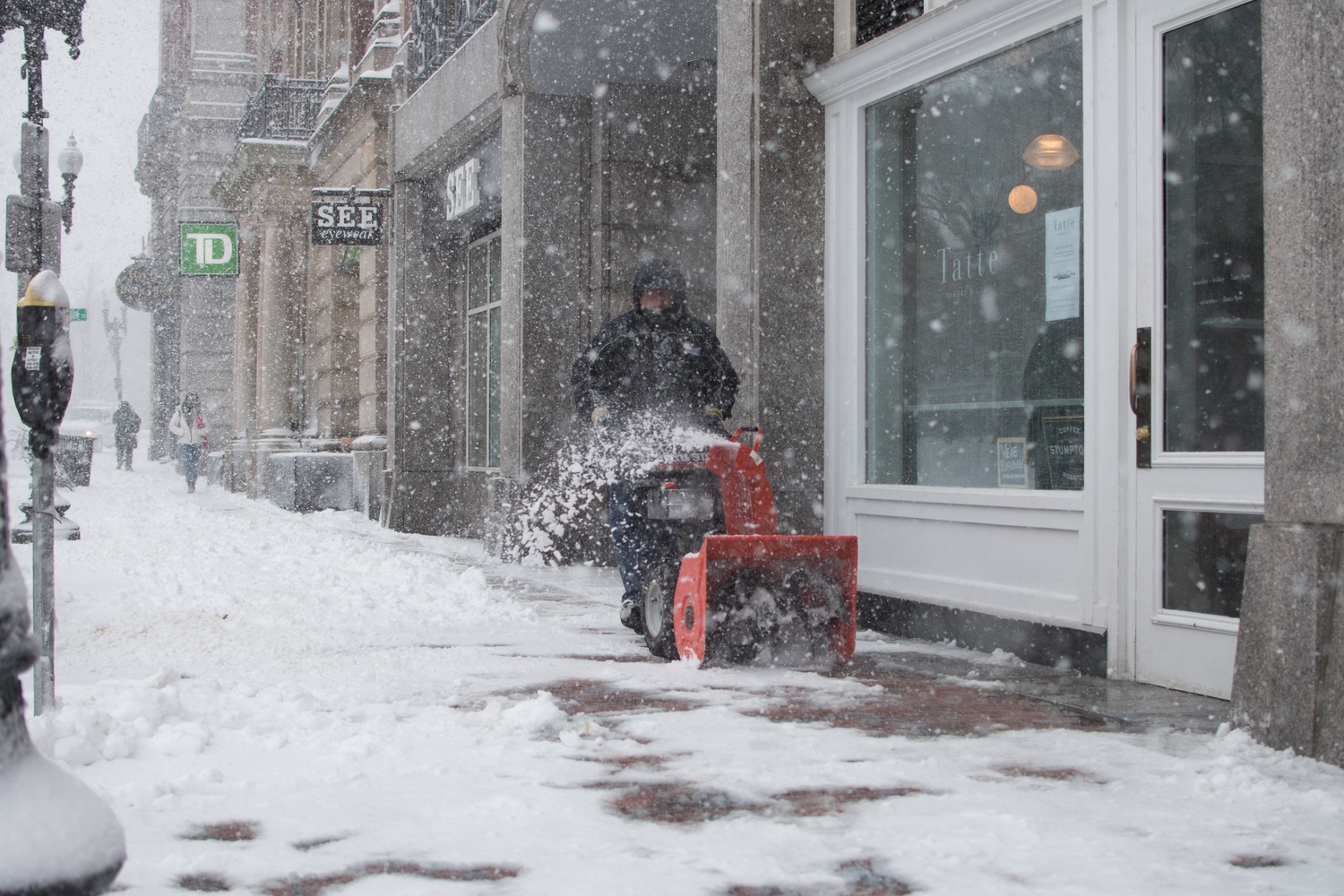 Almost as soon as the snowfall begins, so do efforts to clear the streets and foot paths. 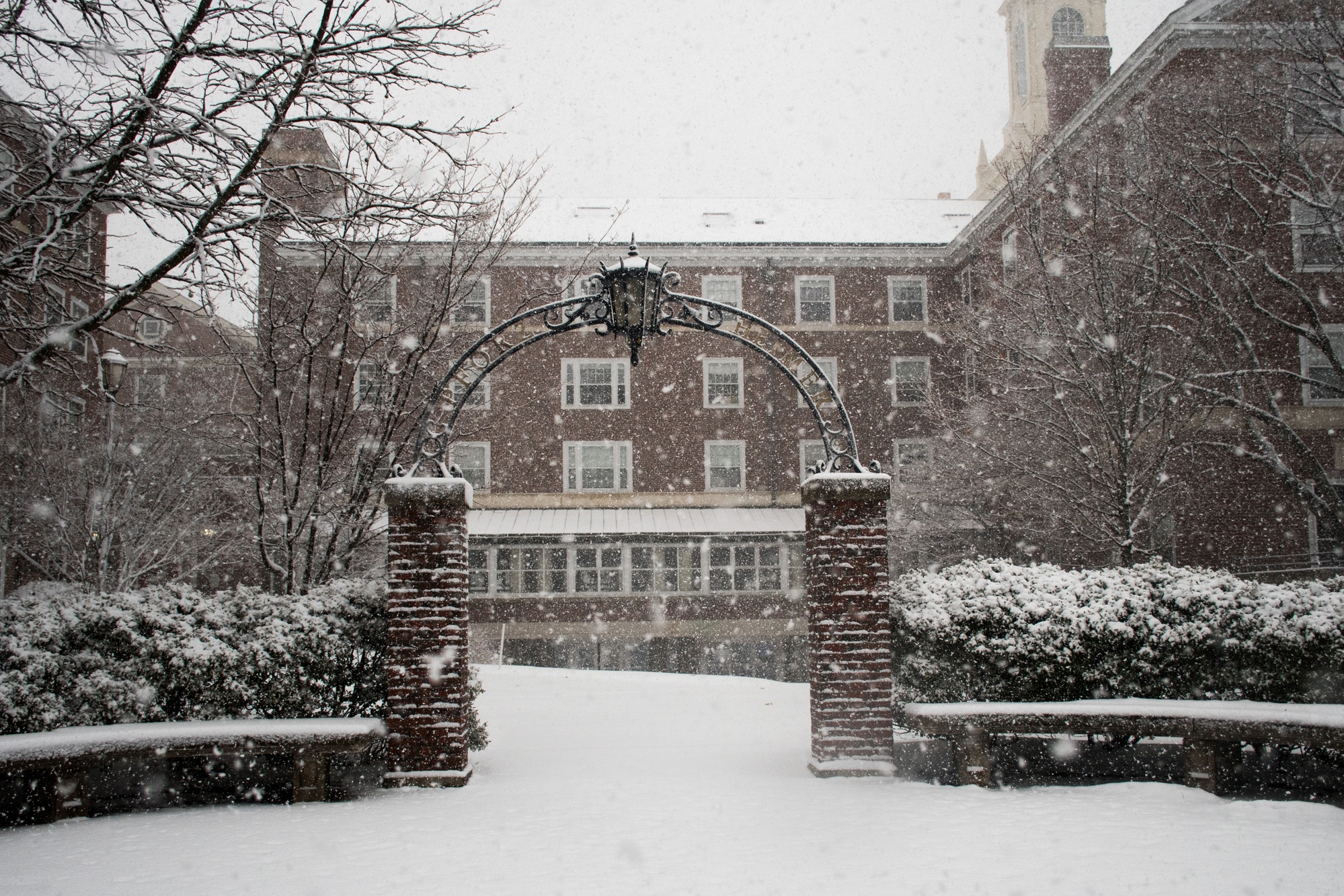 Pforzheimer House is blanketed during the blizzard. While the Spring Break Quad-Stadium shuttle ran as scheduled on Tuesday morning, stormy conditions lead to a suspension of the service in the afternoon and evening. (Photo: Megan M. Ross) 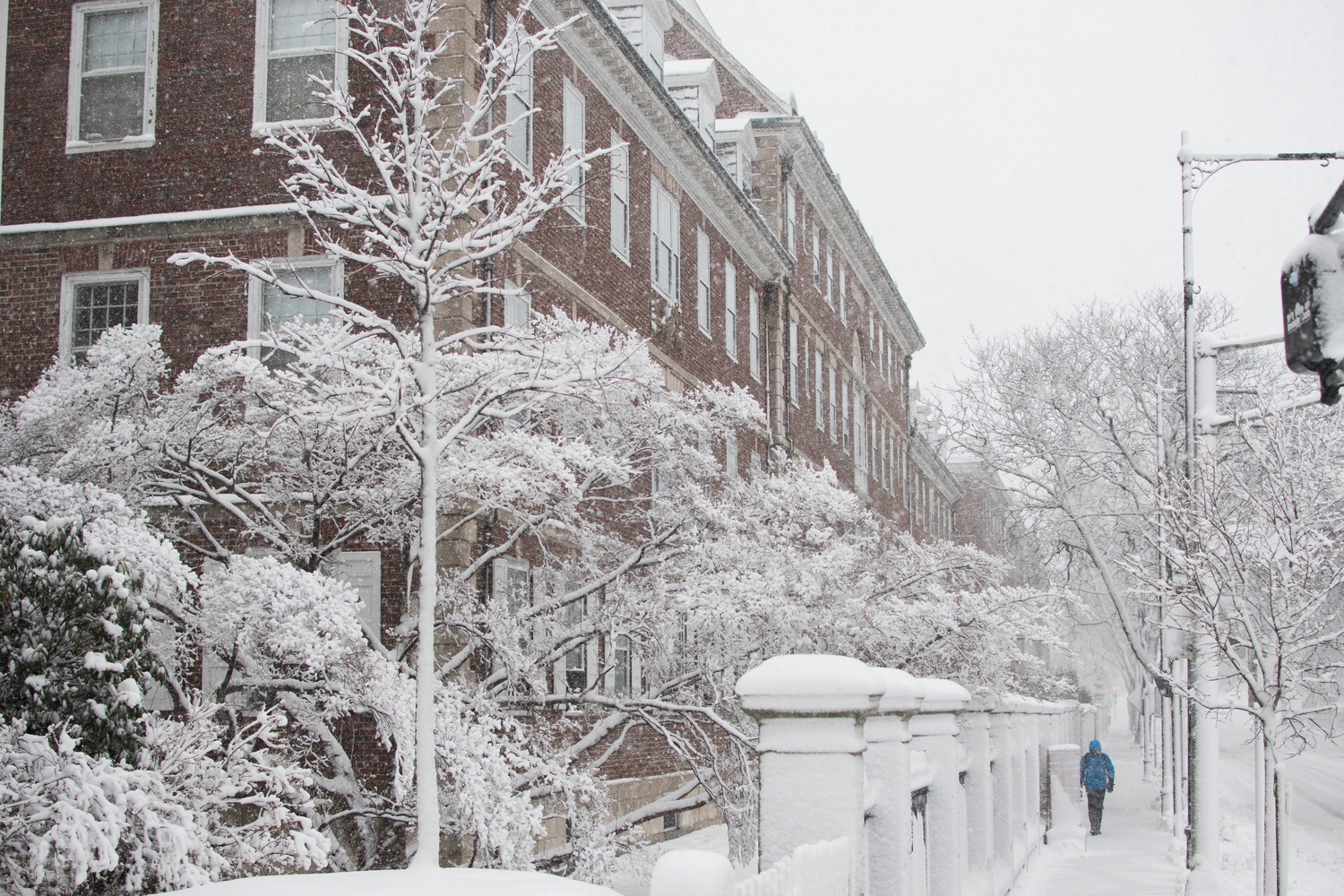 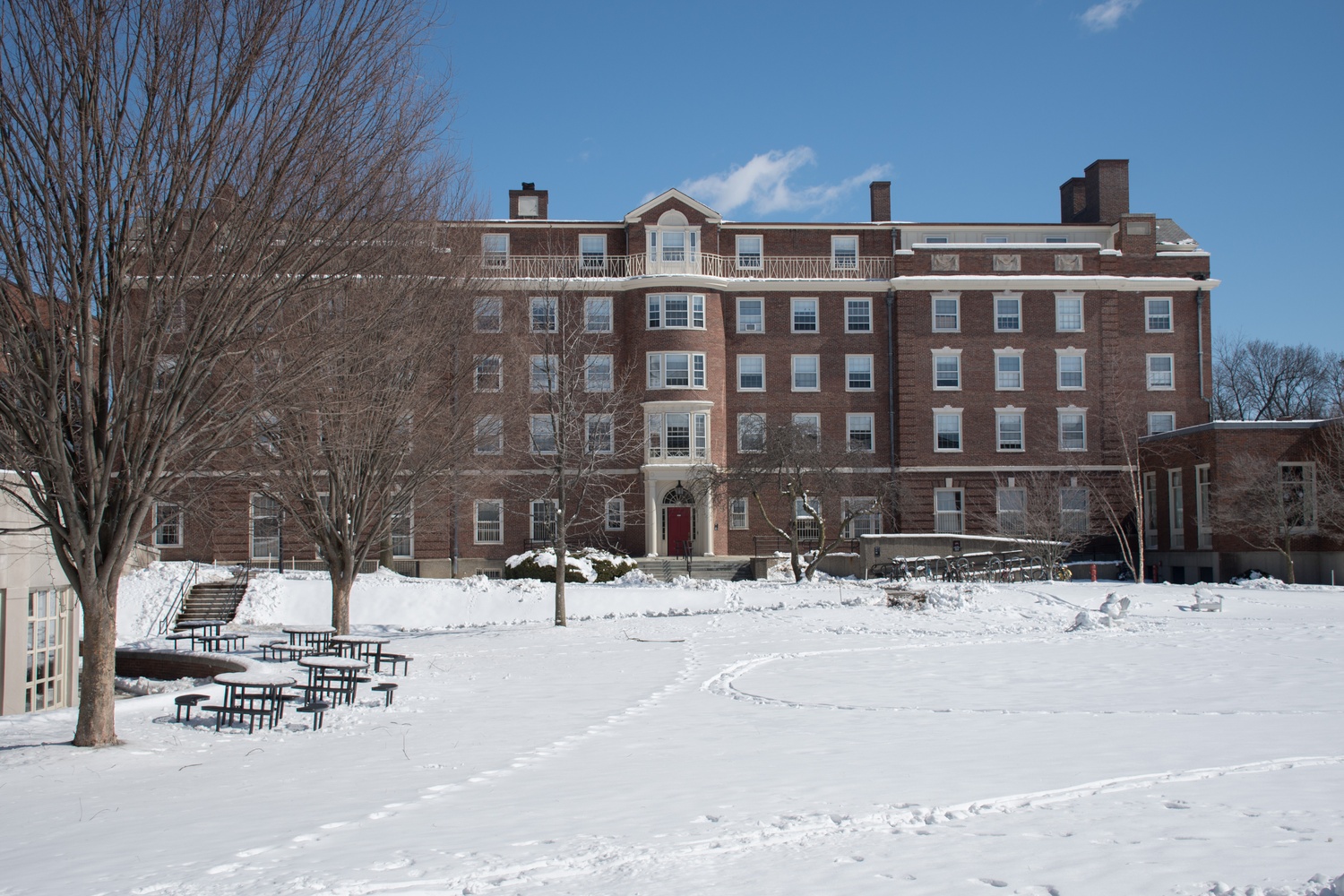 On a calmer Wednesday afternoon, Cabot Hall overlooks the Radcliffe Quadrangle, where some snowmen have already been constructed. 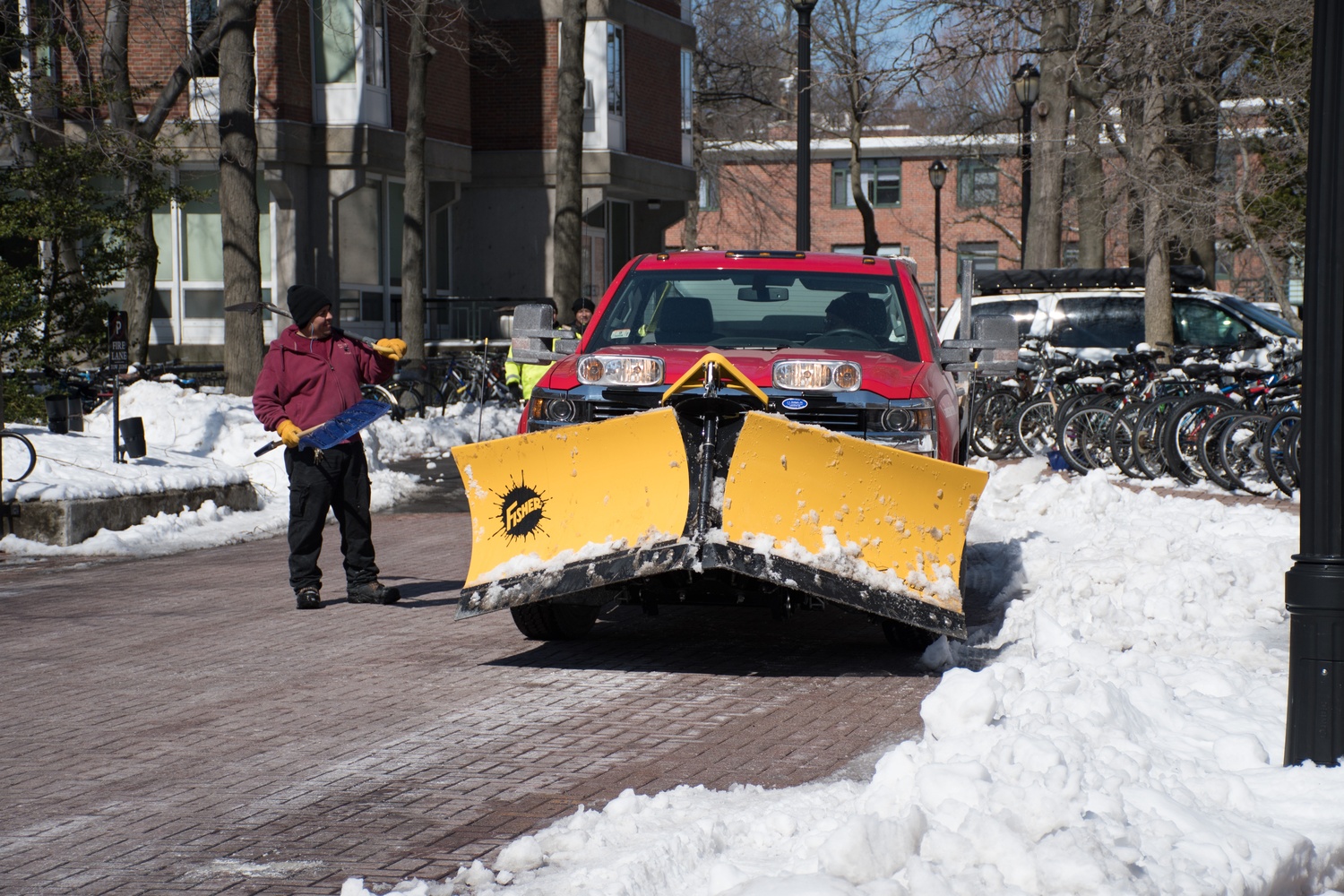 A snow plow pulls in outside Currier and Pforzheimer Houses. 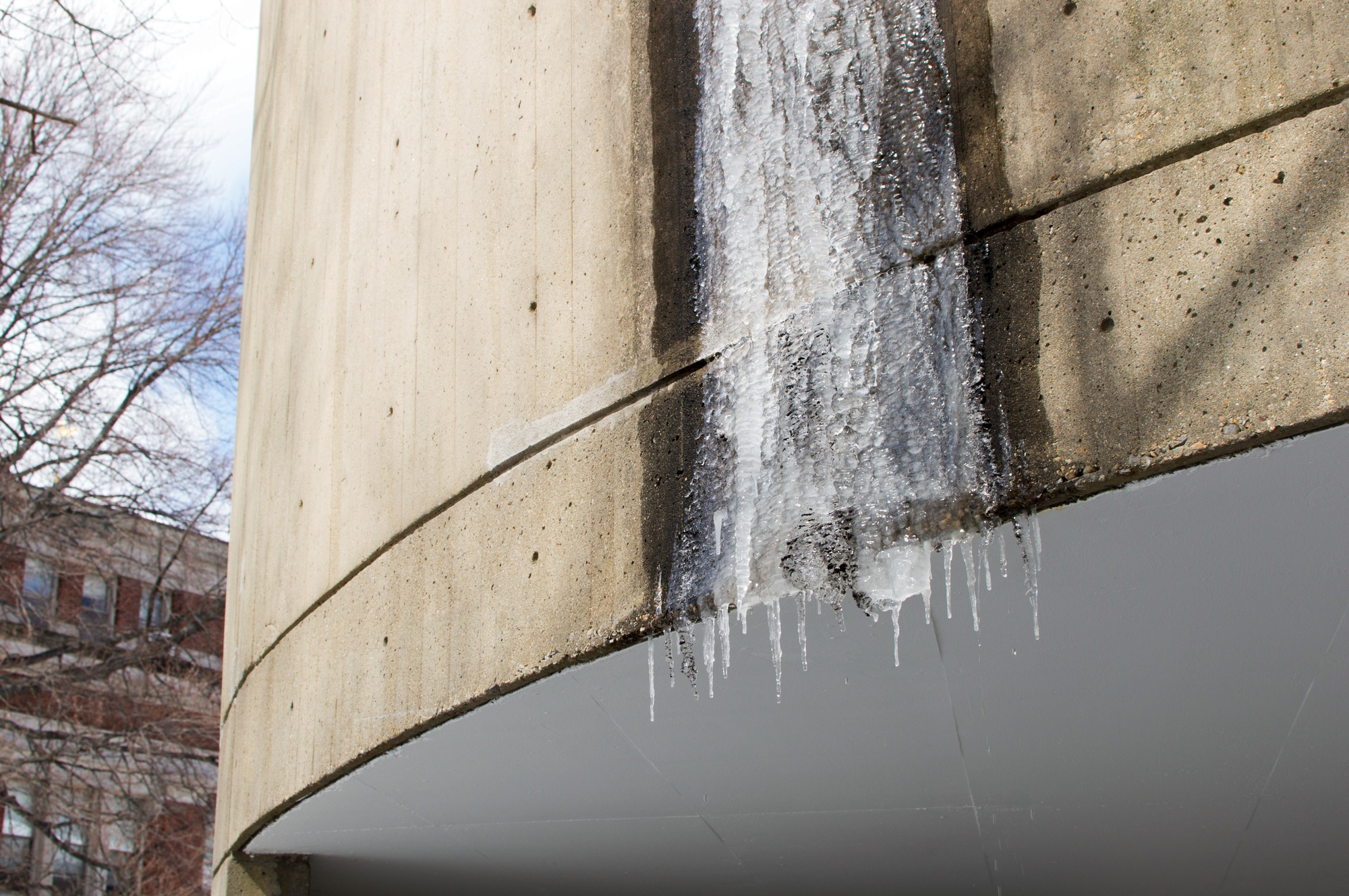 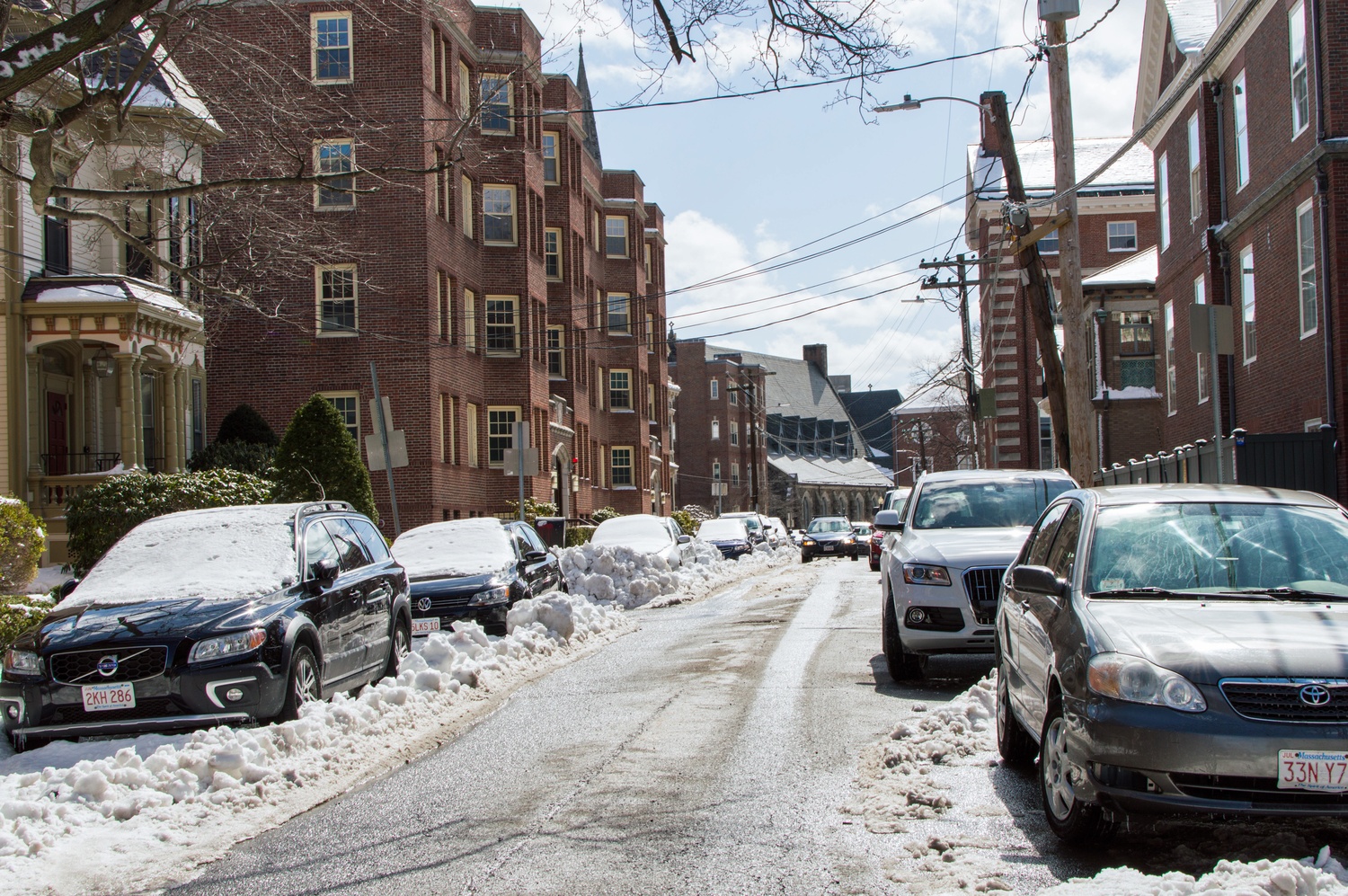 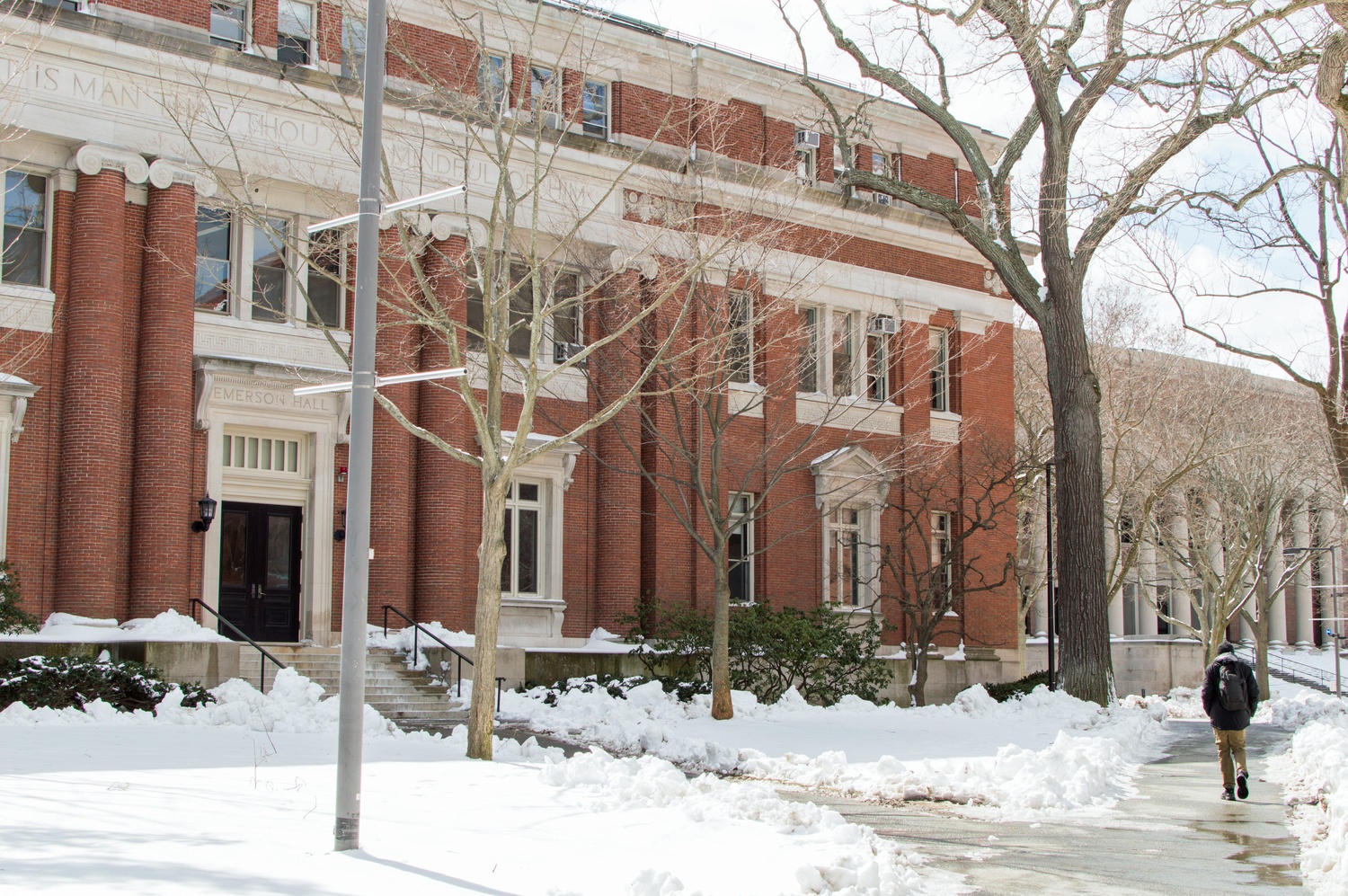 Emerson Hall, home of the Philosophy Department, towers over the receding snow. 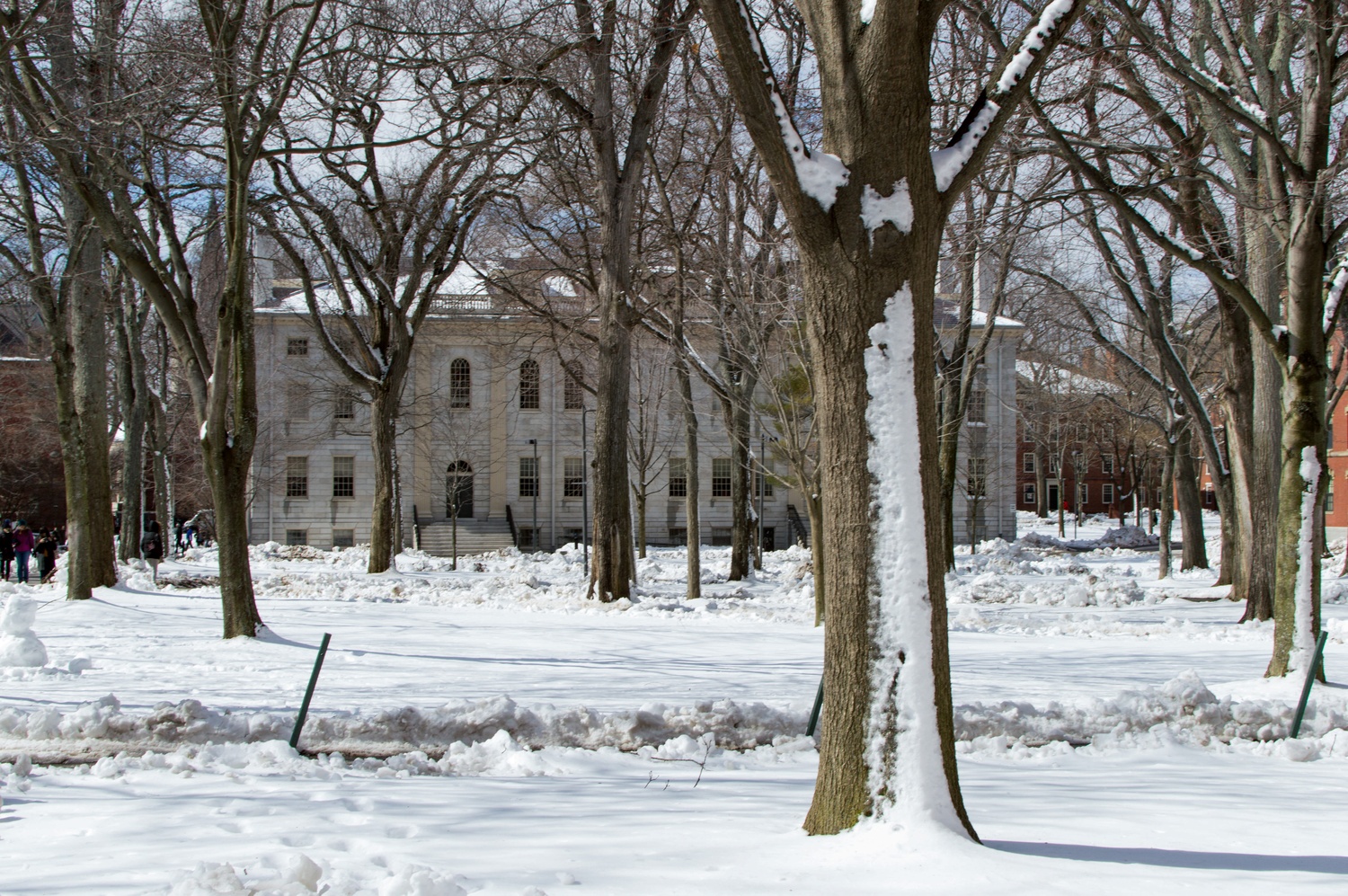 Carved out of the several inches of snow are the walkways that criss-cross Tercentenary Theater. 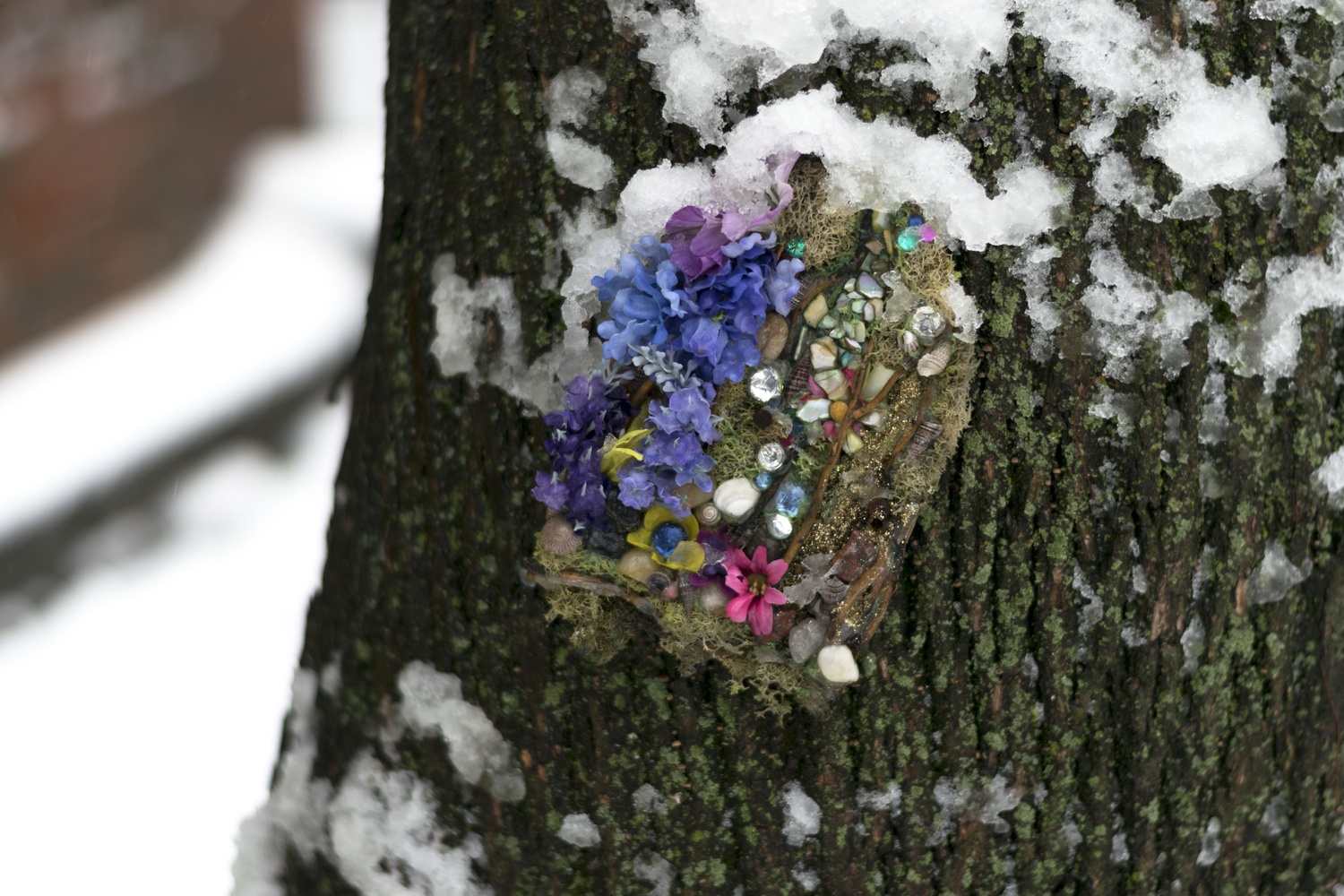 A fairy door sits dusted with snow outside Quincy House 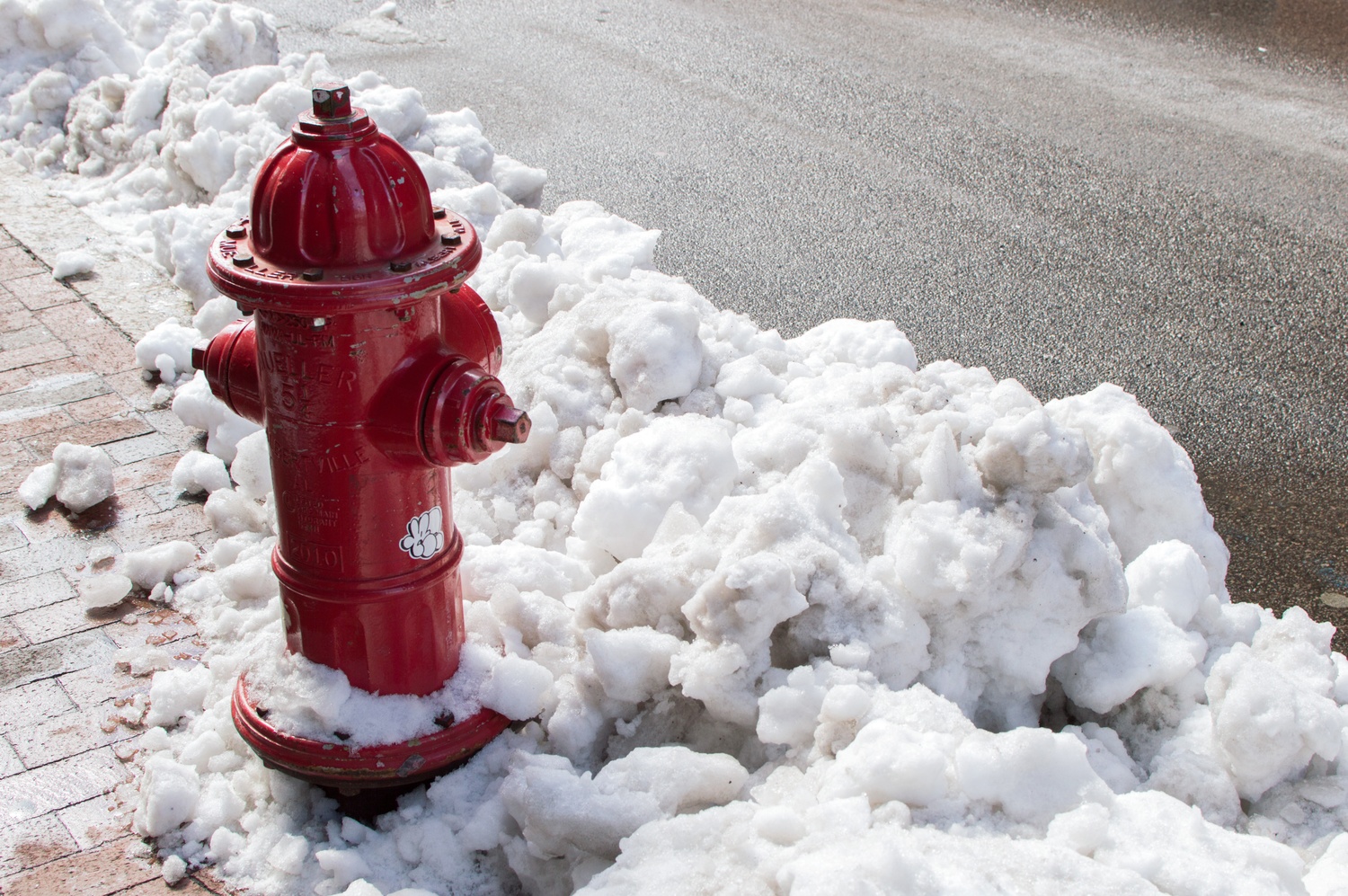