HoCos and Upperclassmen Gear Up for Housing Day Celebrations 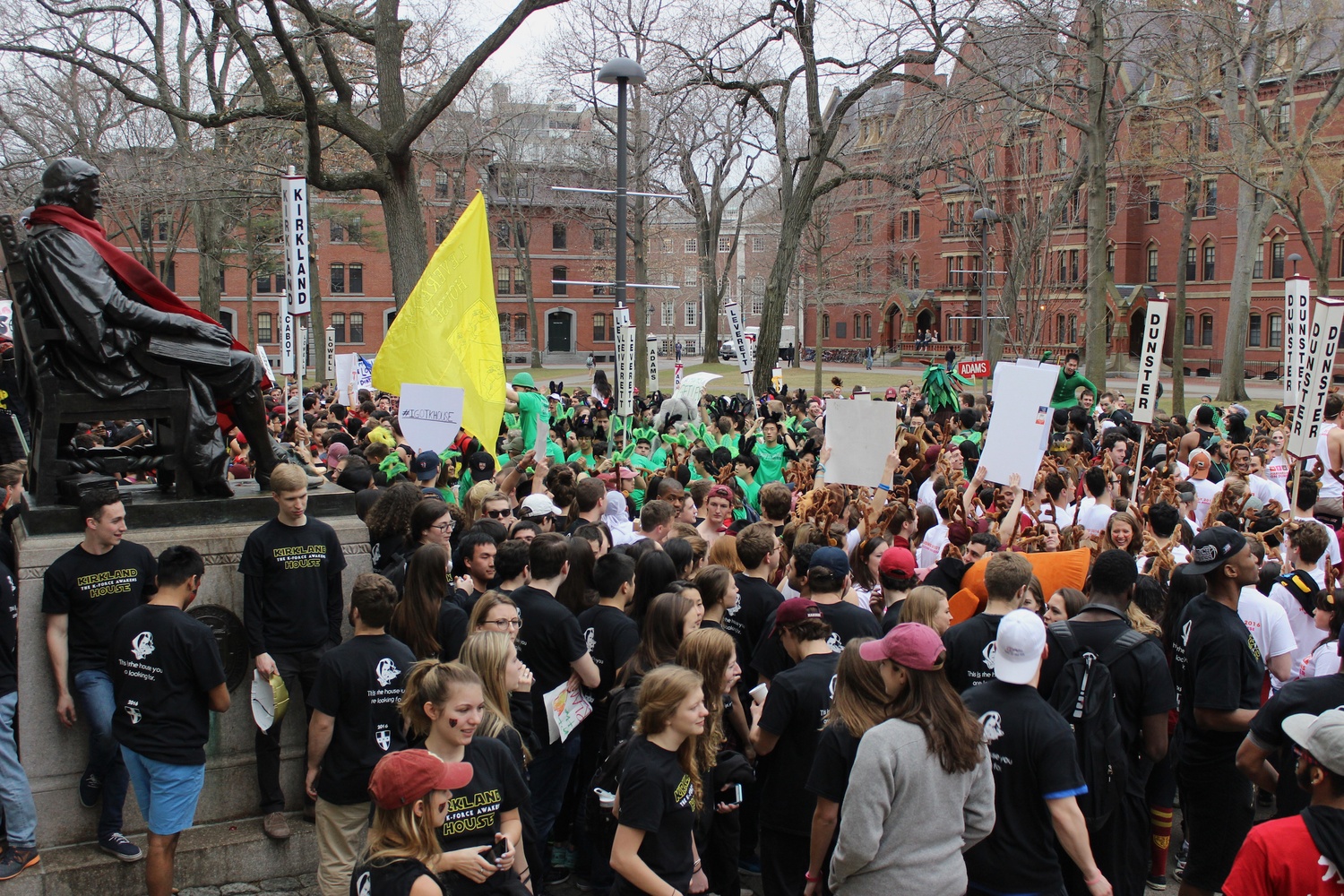 With Housing Day just a week away, House Committees and students have spent the past month gearing up to welcome freshman to their upperclassmen residences—and from t-shirts and sunglasses to whipped cream and cigars, many Houses are sparing no expense.

“Pressing the letters themselves is like a seven-hour process,” Ward said.

Mather House, meanwhile, spent approximately $3,500 to $4,000 on Housing Day supplies, with most of the funds going towards t-shirts and food, said Phillip M. Ramirez ’18, co-chair of Mather HoCo.

Another tradition is the creation of House videos—often remakes of songs or parodies of movies—released in the days leading up to Housing Day. Although the videos feature members of the House, the theme of the video is typically kept secret in an effort to build excitement and suspense for its release.

In addition to creating excitement around Housing Day, the videos are a way to get more members of the Houses involved in preparations.

“None of us on HoCo are very video savvy, so we try to outsource the video to residents of the House who have a lot more knowledge,” said Leonard C. Murphy ’18, a Mather HoCo co-chair.

“We want to get the upperclassmen really excited,” Strasburger said. “A lot of people think this is only freshmen, but we think it’s a good time to just capitalize on House spirit.”

Preparation builds up to Housing Day itself, when members of all 12 upperclassmen Houses run into the freshmen dorms early morning, rouse freshmen from their beds, and welcome them to their new homes. While some Houses wear their custom designed Housing Day t-shirts, others choose to go all out with their attire.

“Our attire is the most distinct,” Ward said of Adams House. “We don’t have speedos, generally don’t have headbands, and things. It’s more like, classy.”

Despite friendly rivalries between many of the Houses, though, many HoCo chairs emphasize that there's no such thing as a bad House.

“Freshmen who get a House they aren’t familiar with will come to love it; they just don’t know it yet,” Strasburger said.

As HoCos build excitement in their respective Houses, many freshmen remain unsure of what to expect on Thursday.

“All I know is next Thursday, earlier in the morning, it’s gonna be like a really noisy event going on in the Yard,” Raul Cuevas ’20 said.