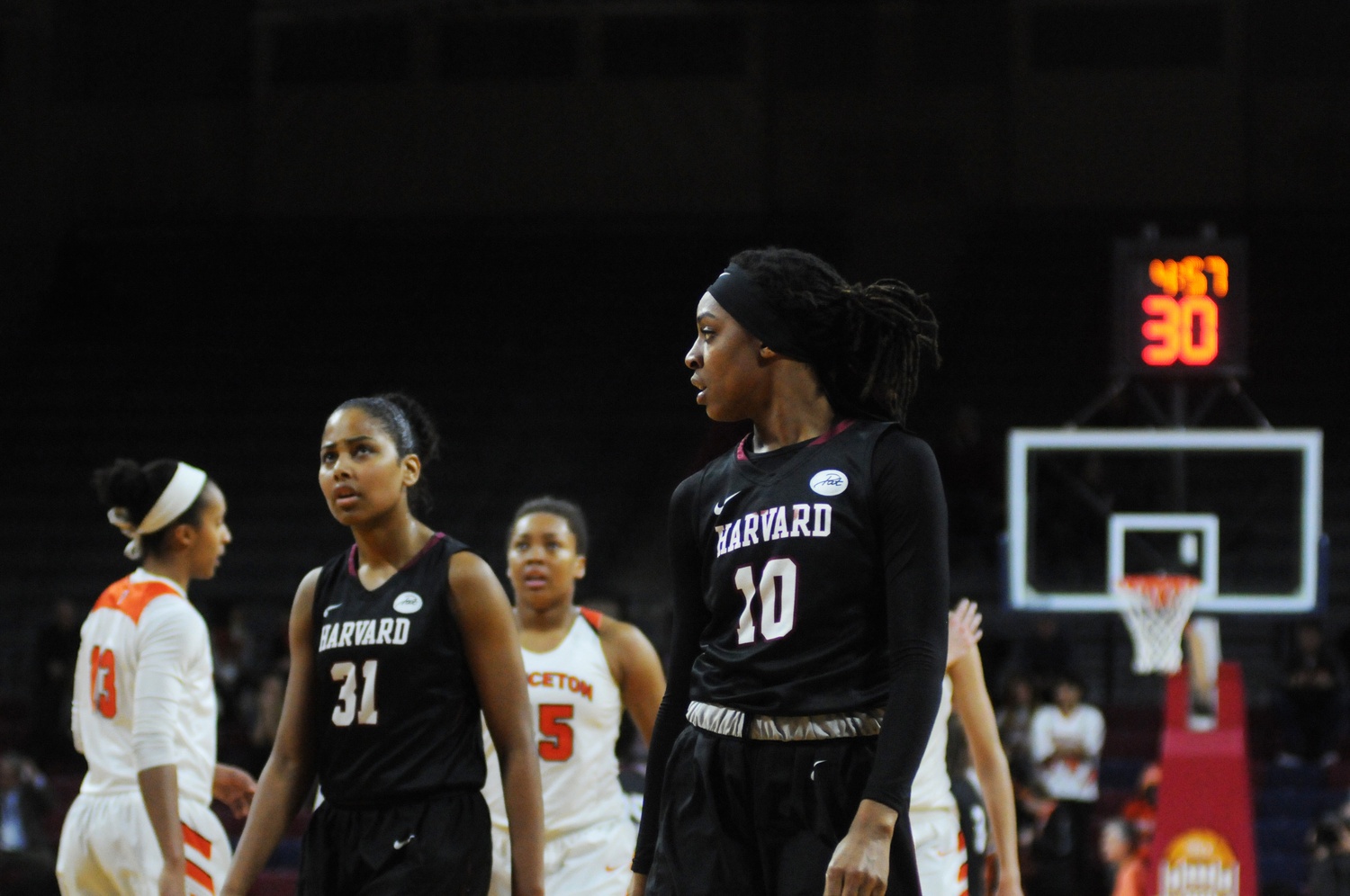 On Sunday, playing in the second round of the WNIT tournament, the Harvard women’s basketball team (21-9, 8-6 Ivy) mounted an impressive fourth quarter comeback but fell short against St. John’s (22-11, 11-7 Big East). In its final game of the season, the Crimson lost, 62-57, despite strong performances from a young core of players.

“We just didn’t come out with enough intensity and heart,” freshman guard Katie Benzan said. “[St. John’s] did. They came out running and gunning, and you could definitely see that they really wanted to win this game. They wanted to win it from the start.”

From the tip-off, St. John’s had no interest in keeping the game close. Living up to the Red Storm name, St. John’s shots fell like rain, as Harvard could not seem to buy a basket.

After 1:43 of play, freshman Jeannie Boehm converted one of two free throws to put the Crimson up by one. That moment marked the last time that Harvard held a lead. The Red Storm finished that first quarter up 19-9.

However, Harvard would not go away without a fight. Classmates Benzan and Boehm scored 13 and 11 points, respectively. Benzan added seven assists, while Boehm was a force in the front court, swatting away seven shot attempts.

Besides the dependable play of sophomore Sydney Skinner, who posted 10 points and four assists, there was not much support for the dynamic freshman duo. Benzan received no break on the night, playing all 40 minutes as field general in the do-or-die matchup.

Despite Harvard’s experience with more athletic teams, the Crimson had not faced an opponent so dynamic since the team began conference play. Moreover, a first-round matchup with New Hampshire—a program that relies on skill rather than physical prowess— set up the Crimson for a long night.

“St. Johns was a little bit more athletic, and they just had a different team dynamic,” Benzan said. “They had two really good posts, and then they have guards who could rise and pull up over us. They just played a different game than New Hampshire…. St. John’s was just one-on-one, almost streetball.”

The Red Storm’s more physical play forced Harvard to react, and that adjustment proved to be too much, especially for the young forward from Illinois.

“As soon as the scout was out on [Jeannie Boehm], she needed to develop her inside game and again get used to the physicality of the game,” Delaney-Smith said. “That is probably the biggest factor for Jeannie. She might have thought that she wants to slash and shoot the three...but she’s so good inside that she will be a force to be reckoned with for the next three years.”

Going into the fourth quarter down 47-36, the Crimson seemed destined for a quiet exit. But Harvard fought back to introduce some late drama.

Boehm became a force to be reckoned with as she blocked five shots in the last period alone. Unfortunately, the more physical play cost her, as she fouled out after three whistles in the final quarter.

Collectively, the Crimson outscored the Red Storm 21-15 in the final frame, but that push could not overcome previous pitfalls. Two hundred miles from home, Harvard saw its season come to a close.

As difficult as the loss proved for the Crimson, the next chapter for the talented underclassmen offers real promise.

—Staff writer Stuart Johnson can be reached at stuart.johnson@thecrimson.com.