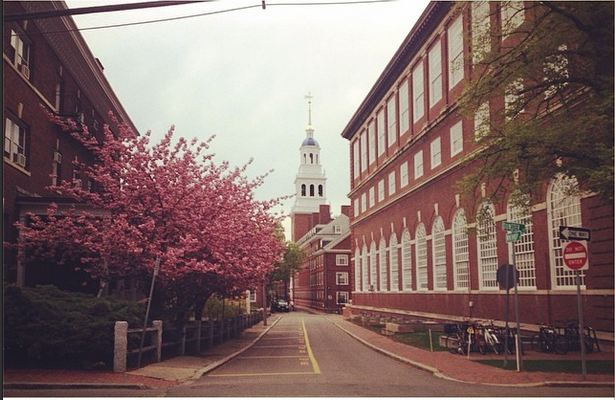 Composed of a common room, three singles, and a fourth room containing zero occupants, the N+2 lends community spirit and personal space while fostering a physical manifestation of the abstraction of human life as we know it.
By Benjamin D. Senzer

The Currier “Half-Man” Suite is easily one of the most sought-after dorm rooms at Harvard, and the selection process is highly competitive. The suite is usually awarded to a lucky group of 10 male seniors who feel as though they have each been reduced to “half a man” as a result of their personal inability to meet modern society’s expectations of unbridled machismo. Just a two-minute walk from the dining hall and replete with stinging reminders of the polarizing gender roles intrinsic to the media-ridden culture in which we live, the Currier “Half-Man” is an extremely convenient, emasculating, and cozy place to call home.

Hollis 14 is remembered for housing rebel troops during the infamous Second Boer War of 1899, fought between the British colonial empire and Dutch South Africa. This freshman dorm room was the site of a widely-celebrated incident in which four Orange Free State soldiers poured a cauldron of boiling, soapy water out of the window onto the encroaching British soldiers below, staving off a major advance by the colonial aggressors and securing key diamond deposits for at least 29 days thereafter. Past residents claim they can still feel the indelible perversion of a rich, centuries-old African civilization being ravaged by rampant 19th-century European colonialism.

The renowned Mather n+2 Suite is a novel take on the coveted n+1 housing system. Composed of a common room, three singles, and a fourth room containing zero occupants, the n+2 lends community spirit and personal space while fostering a physical manifestation of the abstraction of human life as we know it. This room is usually awarded to three seniors and one sheer absence of life-essence. The one-of-a-kind doublet orientation of the suite allows occupants to grind out problems sets in their own private space, play Hungry Hungry Hippos with their suitemates in the open common room, and question the epistemological uncertainty of whether their fourth suitemate, or lack thereof, actually exists. Located near the top of the Mather high-rise, the n+2 is notorious for its breathtaking view of the sunset along the Charles River, the perfect backdrop to an eventual and inevitable existential crisis.

Of Harvard’s long list of impressive alumni who went on to do amazing things after their college years, perhaps none are as impressive as billionaire Gill Abets, who ingeniously invented Nickelodeon Gak in his sophomore dorm room. Passersby walking through the Kirkland courtyard can still see the original chemical formula for the incredible, squishable, squashable, squeezable, stretchable, bounceable, ploppable, poppable stuff written in marker on the dorm room window in 1992. Legend has it that Abets, with the hope of inspiring future generations of college students, hid early prototypes of the Gak in the walls of the dorm room. This explains the green, cottage cheese-like discharge that trickles from the ceiling during the summer months.

Literally the spire on top of the Lowell bell-tower. This spacious 4.5 square-millimeter double is as comfortable as it gets, with an ergonomic Swedish design and an unparalleled view of the Lowell rooftop just a few feet below. The Lowell Spire is a campus favorite for hosting parties, being painfully and fatally impaled by a giant metal rod, and holding casual get-togethers with friends. Accordingly, former “Spirites” reflect on the markedly close bond that can only come from the shared experience of having one’s vital organs skewered by a decorative, tetanus-laden iron barb.