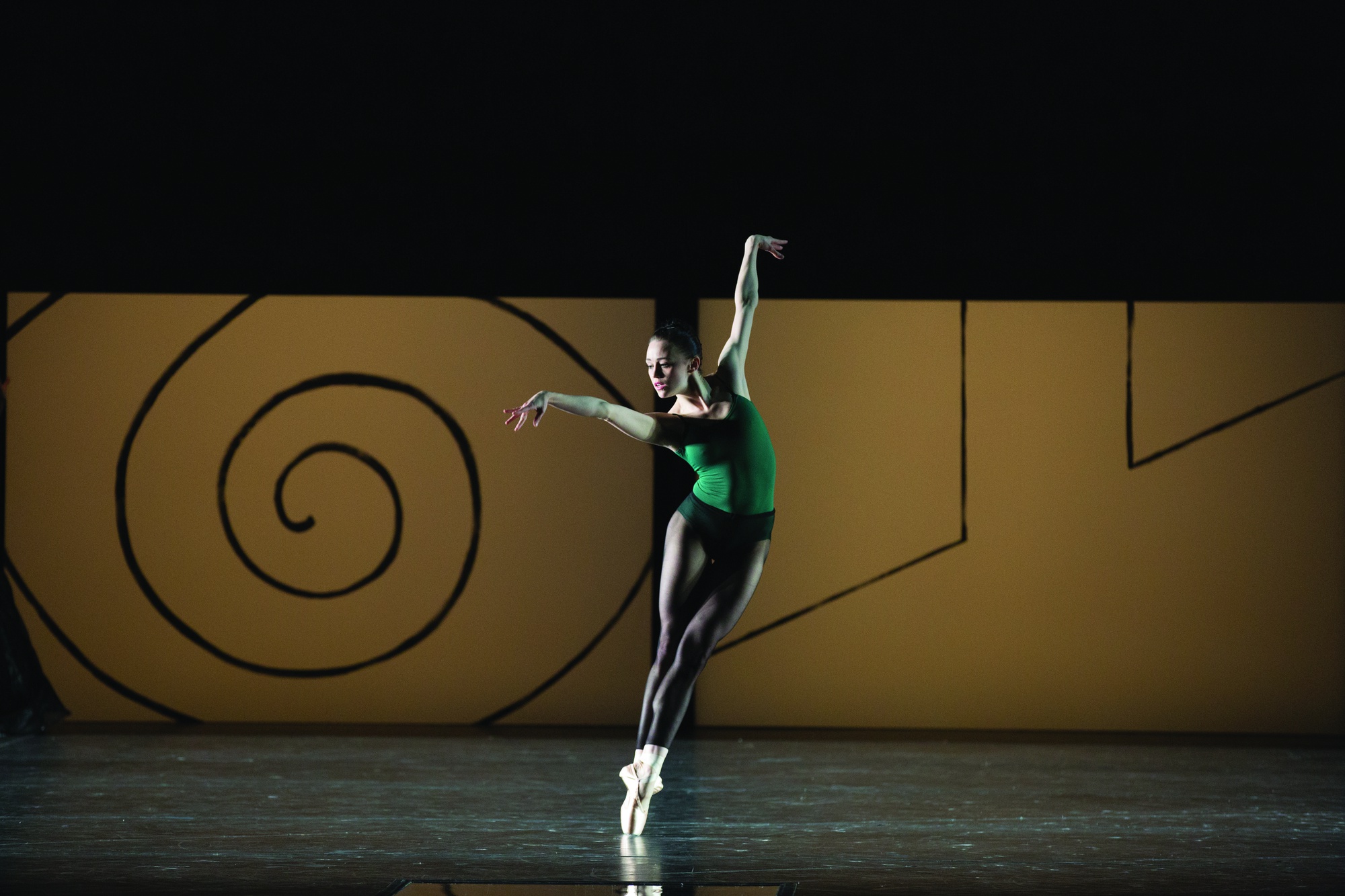 Ballet, known for its physical representation of music, is not often associated with the spoken word. But William Forsythe brings voice into ballet, without obscuring the aspects of technicality and classical style. Far from traditional, but definitely encapsulating the grace of classical ballet, Forsythe’s restaging of his ballet, “Artifact,” ran in the Boston Opera House Feb. 23-26 and March 2-5.

“Artifact” begins without the dimming of lights or the preparation of an overture. Rather, the titular character of the “Woman in Gray,” steps meticulously across the stage. The ballet is split into four parts, each set to a different piece of music—Part II is J.S. Bach’s “Chaconne” in D-minor, while Parts I and IV are accompanied by Eva Crossman-Hecht’s piano improvisations centered around Bach’s “Chaconne,” and Part III is one of Forsythe’s original works.

As the “Woman in Historical Dress,” Dana Caspersen exhibits immense control over vocals and her highly-trained dance background shines through. Caspersen was a member of Frankfurt Ballet for 16 years and then Forsythe Ballet for 10. The fluidity with which she moves across the stage and the way her arms move with her voice reflect the years of dance that she has mastered. Her recitation was engaging and powerful, especially in its raw form in Part III, which was accompanied only by rhythmic sounds produced by the ballet dancers with no instrumental music.

In spite of Caspersen’s mastery over the part, Part III seemed prolonged. The repetition of the same words, “I/you,” “see/think/hear,” and their past tenses eventually becomes somewhat monotonous, especially when the dancers on the sides of the stage who are clapping and stomping along look uncomfortable and stiff.

The dancing is precise and elegant. Many ballet companies of a similar size to Boston Ballet have strong and cohesive women in the corps de ballet, but the same cannot be said for men. However, Boston Ballet exhibits an especially talented force of male dancers in “Artifact.” Forsythe’s choreography highlights an intense and rejuvenating section in Part I, featuring a small ensemble of male dancers displaying both meticulous technique and artistic flair.

In the beginning of Part IV, the spotlights are especially effective in highlighting the dancer silhouettes, set against the backdrop of panels reminiscent of life-sized painted canvases in a museum. The curtain comes down in almost sporadic moments in Part II, with loud clangs each time it closes—at first, creating some confusion, but later effectively leaving the audience wanting more.