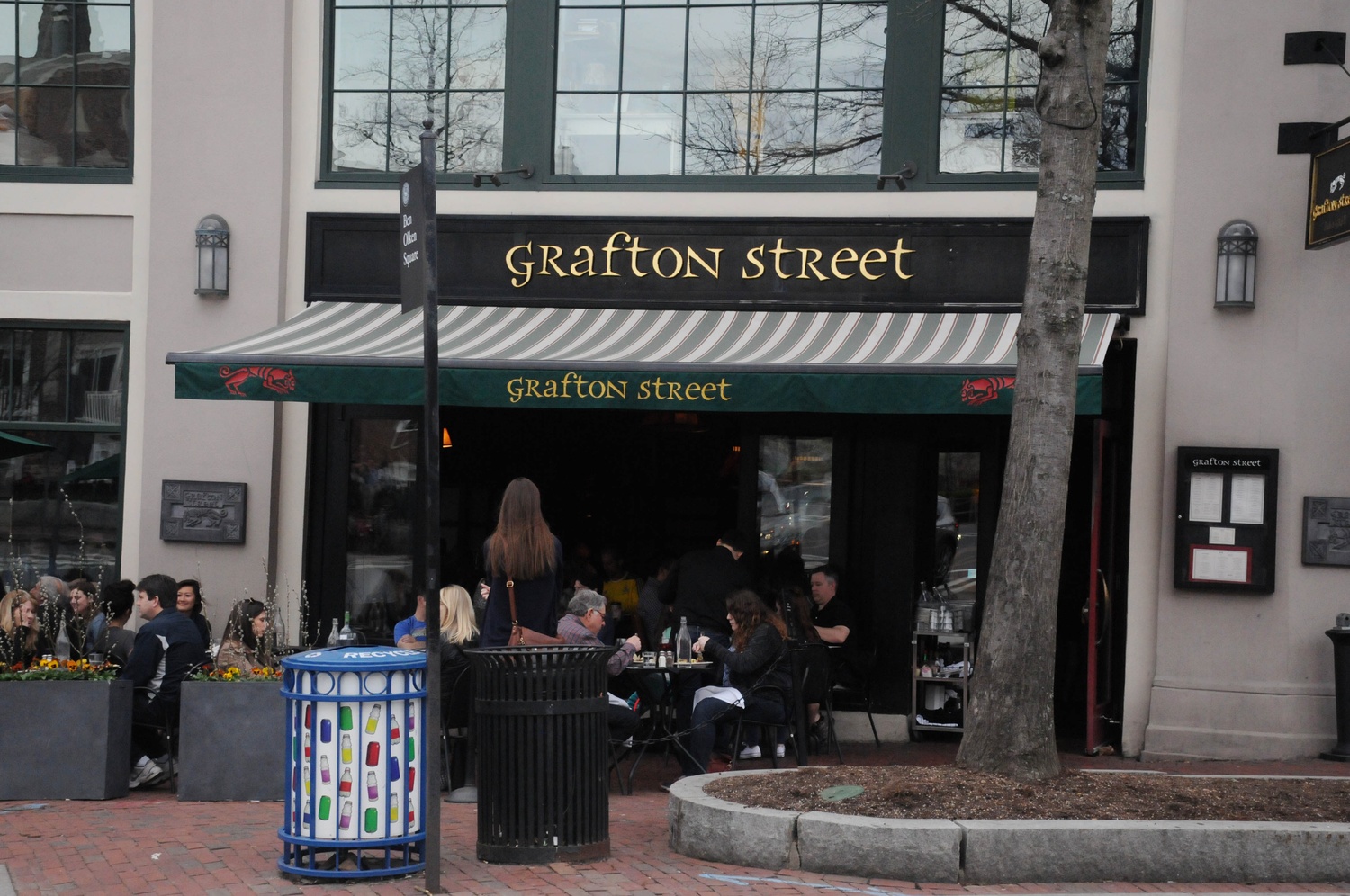 Grafton Street is one of the restaurants eligible for Classroom to Table funding. By Grace Z. Li
By Graham W. Bishai, Crimson Staff Writer

Classroom to Table, a popular program which provides students and faculty money to dine around Harvard Square, has run out of funds for the semester.

The program, which pays up to $25 per person for meals at Square restaurants for groups ranging from four to six people, has seen rapidly increasing popularity since its inception two years ago.

But this semester, facing financial constraints, the program has had to start turning groups of students and professors away.

“We had a set budget for the academic year and after very successful fall and spring terms, we have reached our funding limit and have closed our reservation form for the term,” Lauren E. Raece, an Office of Undergraduate Education administrator who oversees the program, wrote in an emailed statement.

The College partners with six participating restaurants, which receive direct payment from the College to cover groups’ meal costs.

The program closed for requests on April 7, with weeks still left in the spring semester.

According to Bryan L. Bu ’17, an inactive Crimson editor, one group of students recently tried to schedule a dinner through the site, but was alerted a few days before the meal that their application was not approved. They later learned the program had run of out funds.

The group instead decided to have the scheduled meal, and pay for the food themselves.

“Because we loved our professor so much, we decided to continue anyway, even though it required us coming up with the funds ourselves, which we were happy to do, even though it wasn’t anticipated,” said Bryan L. Bu ’17.

Classroom to Table receives funding from Senior Gift, an initiative which encourages graduating members of the Class of 2017 to donate to Harvard. Seniors can choose to donate to either financial aid or an unrestricted fund that the College can use at its discretion.

A recent poster distributed by the Senior Class Committee advertised Classroom to Table as one of several initiatives that seniors could benefit by donating to Senior Gift.