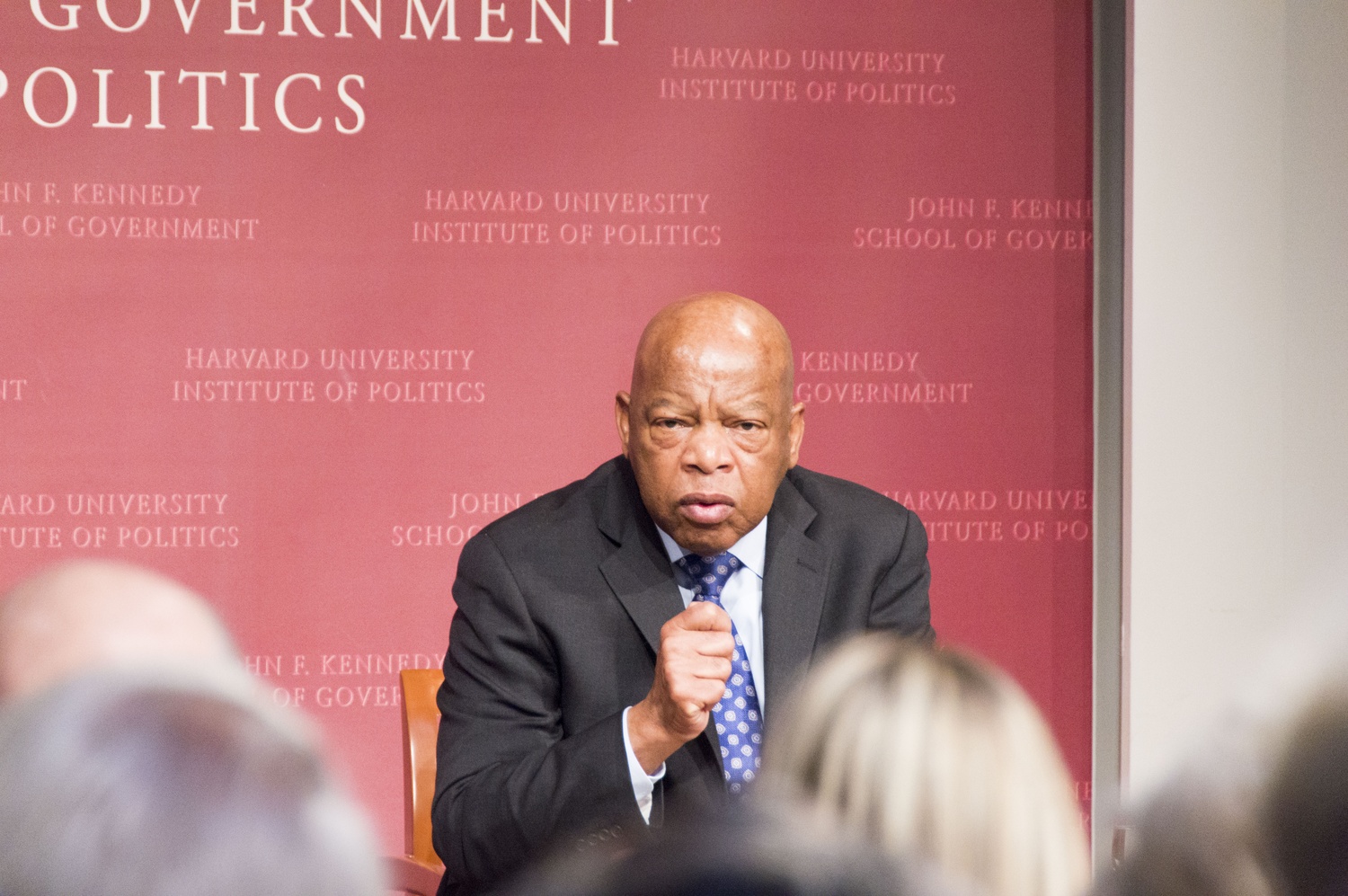 At the event, Lewis, who represents Georgia’s 5th Congressional District in the U.S. House of Representatives, said he felt “blessed” to receive the Gleitsman Award, which honors politicians “who have sparked positive social change.”

Lewis is also known for his role in the Civil Rights Movement, and helped organize the 1963 March on Washington while chair of the Student Nonviolent Coordinating Committee.

At the John F. Kennedy Jr. Forum Tuesday, Lewis answered questions about his activism, speaking at length about his childhood in Alabama.

Lewis detailed one incident in particular when he was required to sit on a movie theater balcony with other black children as one that evoked feelings of alienation. He added that other famous activists like Martin Luther King, Jr. and Rosa Parks inspired him to resist racism across the country.

“I grew up in rural Alabama, as you’ve heard. I tasted the bitter fruits of racism,” Lewis said. “Then, Rosa Parks and Martin Luther King Jr. inspired me to get in trouble, and I’ve been getting in trouble ever since.”

He also encouraged students in attendance to get involved in politics and activism, and emphasized the need for resilience in sparking change.

“You get beaten, you get knocked down, you get arrested a few times. It makes you stronger, it makes you more determined,” Lewis said.

The question and answer session was moderated by Business School professor Nancy F. Koehn and ImeIme A. Umana '14, who became the first black woman to lead the Harvard Law Review earlier this year.

In 2008, Lewis co-sponsored a bill that formally apologized for slavery and Jim Crow laws. It passed the House of Representatives unanimously.

Reflecting on the United States’ current political climate, Lewis—an open critic of President Donald Trump—said he is hopeful about the future of the Democratic Party.

“We are in a process, with new leadership, of rebuilding the Democratic Party from the bottom up. On the congressional level, you see Chuck Schumer and Nancy Pelosi, and individuals trying to reclaim the House, reclaim the Senate. Working, pooling resources. We will not give up and give in, we’re going to have some great victories,” he said.

Towards the end of his remarks, Lewis encouraged soon-to-be Harvard graduates to get involved in public service.

“To all of the graduates: you’ve been well-educated, you have skills, you’re smart, you’re beautiful, you’re handsome —get out there and help society… you have a moral obligation to do your best for all humanity and mankind,” he said.