Between Harvard and Office for Civil Rights, A Symbiotic Relationship 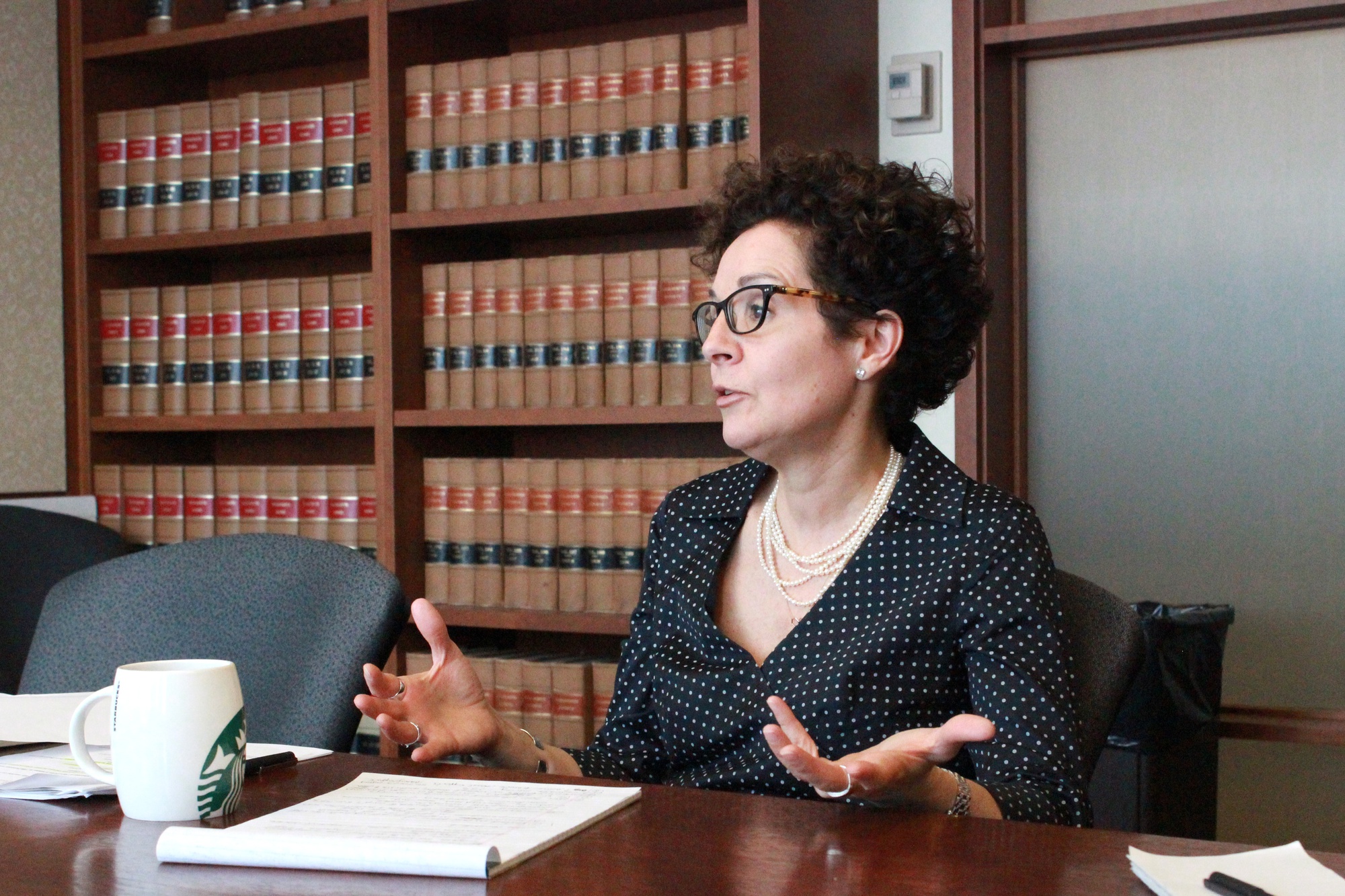 As Harvard has searched for administrators to lead its Title IX office and bolster efforts to comply with federal guidelines, it continues to turn to staffers with firsthand experience in enforcing them.

Earlier this month, Harvard announced that Nicole M. Merhill and Bill D. McCants would lead Harvard’s Title IX compliance efforts as the Title IX Officer and the Director of the Office of Dispute Resolution, respectively. Both Merhill and McCants are former staffers in the Boston division of the Department of Education’s Office for Civil Rights.

The pair are not the first former OCR staffers at the helm of Harvard’s Title IX efforts. Mia Karvonides, who left Harvard for a position in OCR’s Washington headquarters in January, worked as an investigator in OCR’s Boston office before coming to Harvard as well. OCR has been investigating Harvard’s compliance with Title IX since 2014. 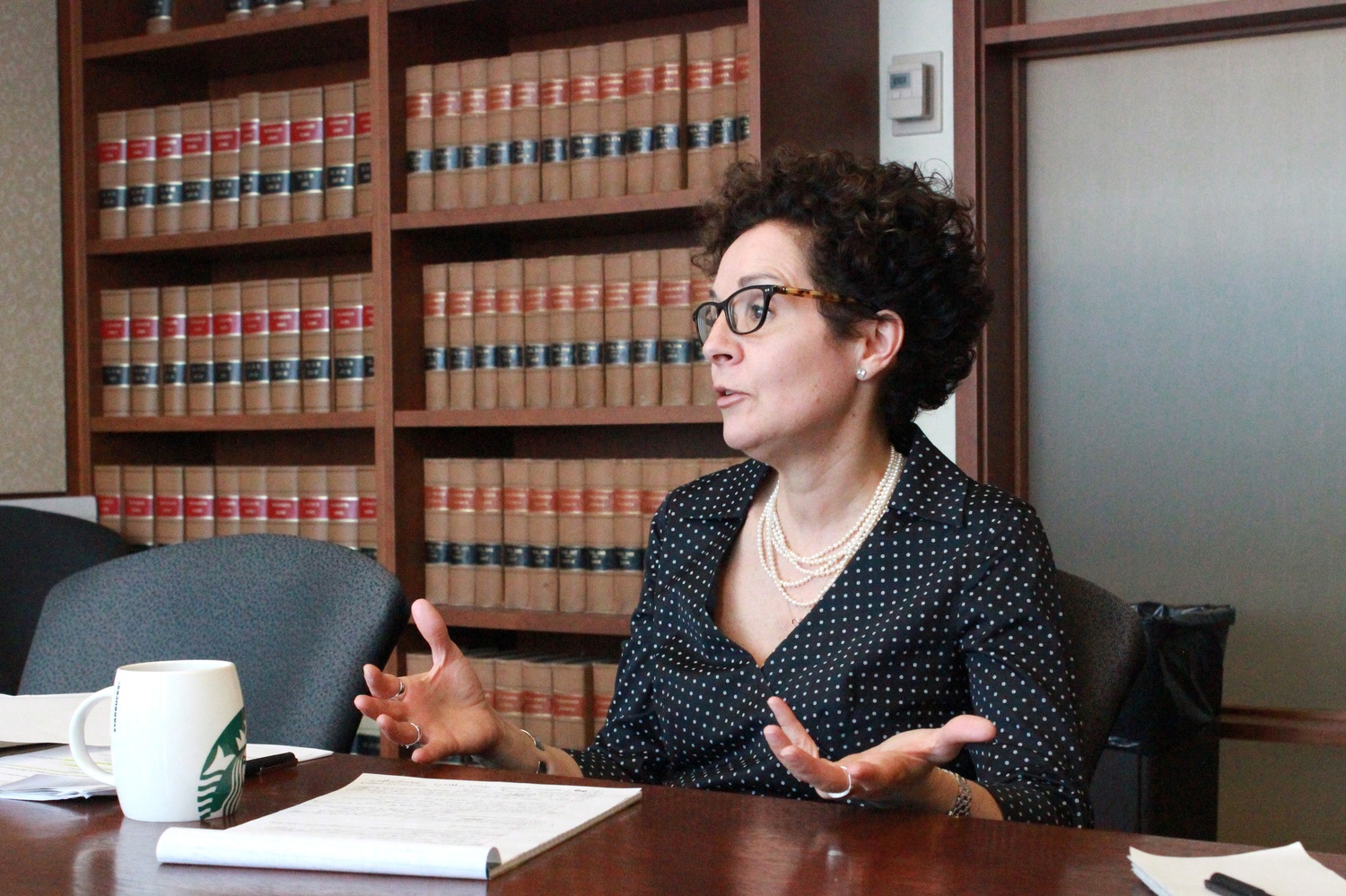 Mia Karvonides, the University's former Title IX officer, worked as an Office of Civil Rights investigator before coming to Harvard. By Savannah I. Whaley

“The regulators become your staff and your staff becomes the regulators,” higher education law expert Peter F. Lake ’81 said. “It can raise issues of direction and conflict of interest in some cases.”

To address conflict of interest concerns, Department of Education ethics rules prohibit employees from working on any assignments involving organizations they have worked for in the past year without written authorization from the Department. In an interview in January, Karvonides said she would be overseeing offices in other regions outside of Boston.

For Harvard administrators, the link between the University and OCR is mutually beneficial: OCR staffers bring to Harvard extensive experience with the federal guidelines.

“Given the nature of the investigative positions at OCR and the skills required in some of the positions in our offices, one would expect to see former OCR staff members in our applicant pool,” Deputy Provost Peggy E. Newell wrote in a statement.

Harvard is the only Ivy League university whose top Title IX administrators previously worked at OCR. But across the broader landscape of American higher education, universities hiring OCR investigators is not uncommon, according to Lake.

For universities, former OCR employees bring firsthand knowledge of civil rights law and how the government enforces it. “You also get an insight into what OCR is most concerned about, what kinds of things are mentioned, even how they process through the data that they're looking at,” Lake said. “I think in many ways it's hugely advantageous for schools to have that.”

OCR investigators are eager to meet this demand, according to Colby Bruno, senior legal counsel at the Victim Rights Law Center.

“To OCR, people who are paid as government employees, to go in house as a Title IX coordinator, it’s like a significant bump in money,” Bruno said. “So it’s sort of a perfect storm for a lot of people who were at OCR, because they have the qualifications, they know they’re a good fit, they know they can do the job.”

“I think that they’re more familiar with the process, and I think that’s a good thing,” Bruno said. “You know what prompt and equitable looks like. You also have access to decisions you’ve been involved in.”

But Jessica R. Fournier ’17, a member of Our Harvard Can Do Better, said Title IX administrators with knowledge of the ins and outs of the regulatory process may not always serve the best interests of students. Fournier said she worries that former OCR employees can use their insider knowledge to ensure that the University remains just on the right side of the law.

“My sense is that Harvard isn’t hiring them with this idea that they’re going to implement Title IX best practices,” Fournier said. “What they end up doing in practice is just focusing only on the potential for litigation and the potential for legal consequences, which keeps them from going beyond the bare minimum that’s required from them by the federal government.”

University spokesperson Tania DeLuzuriaga wrote in a statement that Harvard’s policy provides protections beyond minimum compliance with Title IX. “Harvard’s Policy conforms not only to Title IX — which bans sex discrimination — but also to state laws prohibiting discrimination on the basis of sex, orientation, and gender identity,” she wrote.

A faculty committee is currently reviewing the Harvard policy.