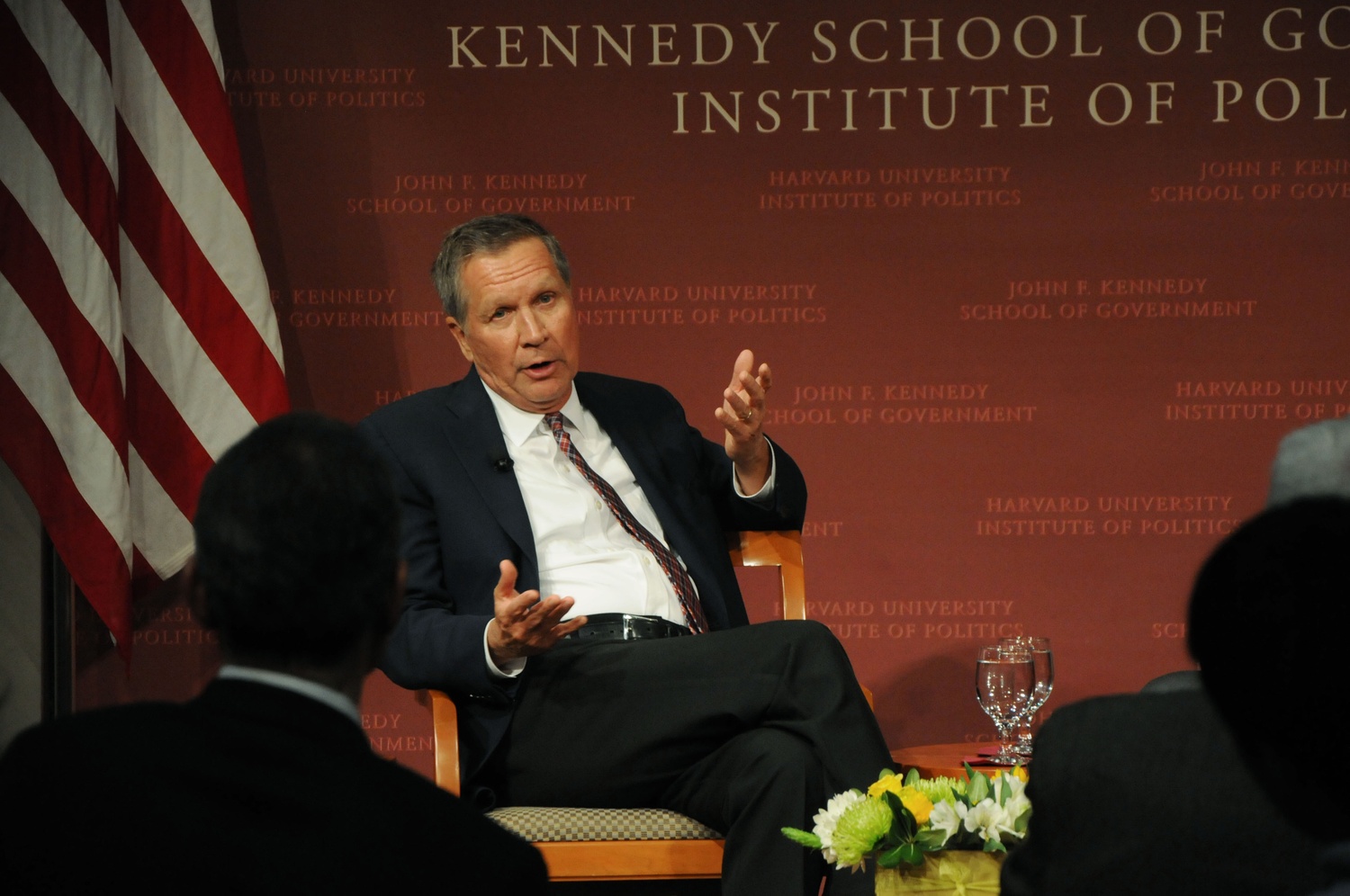 Harvard affiliates crowded into the Institute of Politics to listen to Ohio Governor John R. Kasich discuss his 2016 campaign for the Republican presidential nomination and the rising polarization in American politics Wednesday night.

Kasich, who unsuccessfully sought the Republican presidential nomination in 2000 and 2016, has held the offices of state senator, Congressman, and most recently Governor of Ohio. Introducing Kasich, IOP fellow Christopher H. Shays called him “the Tom Brady of politics.”

“Tom Brady made everyone on his team be better than they thought they could be, and that’s what John Kasich does,” Shays, who worked with Kasich in Congress, said.

He highlighted points in his career that he was especially proud of, focusing on his years in Congress and his role in balancing the budget during the Clinton administration.

“I quit after we got the budget balanced, I said I’ve had enough—I’m leaving,” Kasich said.

The conversation quickly shifted to the direction of contemporary American politics. Kasich highlighted what he sees as the fundamental difficulties of US politics.

“Here’s the thing that troubles me about American politics, and I think it’s always been true: If you’re poor, if you’re weak, if you’re young, you don’t count,” Kasich said, “I think you listen, and then you do what you think you need to do. That’s what I think leadership is... Leadership means you walk a lonely road, and if people want to yell at you, well that’s life.”

Kasich noted that the 2016 election hinged on intense feelings in the electorate and criticized the way that his opponents talked about solutions to job loss, especially in the coal industry.

“You can’t take a coal miner and just say ‘tough’ or say ‘by the way I’m going to make America great again, we’re going to reopen all the mines and it’s going to be great,’ it’s not going to happen,” he said.

Kasich also said he was skeptical about the state of party politics, citing recent debates over the Trump administration’s proposed tax cuts.

Kasich also shared career advice with students, complaining about two young people he said had taken an exorbitant amount of time to send him their resumes.

“For the millennials, man, get at it. Don’t be going slow and taking your time. When you have an opportunity seize it,” he said.