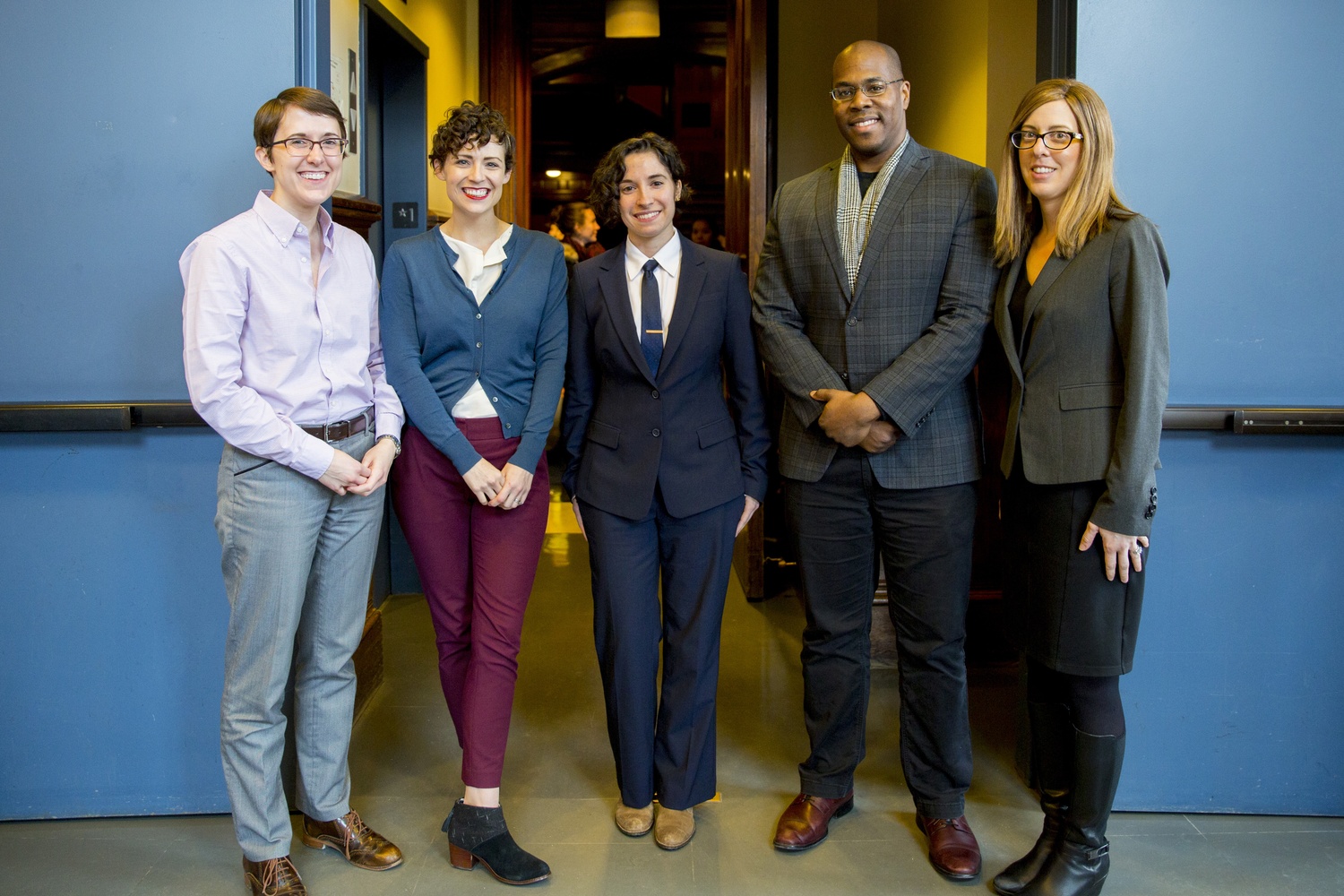 Representatives from Harvard’s Title IX Office, the College’s Office of BGLTQ Student Life, and the Office of Sexual Assault Prevention and Response will begin meeting monthly in a new partnership aimed at bolstering Harvard's response to sexual assault.

The three offices also plan to co-sponsor more programs in future, according to Merhill. In an interview Tuesday, all five administrators said they hoped their closer relationship will show students that issues addressed by the Title IX Office, the BGLTQ Office, and OSAPR are often intertwined.

“I think individually our offices were doing this already, but now we’re saying, how do we make this visible to the community,” Oeser added.

The new, formalized partnership between the three offices is unprecedented in Harvard’s history, according to Miller. But administrators from the three offices have long wanted to develop a “stronger collaboration,” Scarborough said.

Oeser traced the idea’s inception to July 2014, when Harvard unveiled a new set of University-wide Title IX guidelines and procedures.

“It was a good signal that the queer community is part of this conversation and part of the way that the University is offering support,” Oeser said of Harvard’s Title IX policy. “Because that is a visible commitment… I think it naturally lends itself to the relationship between these three offices.”

Though administrators have discussed an inter-office collaboration since 2014, the idea came to fruition a few months ago, according to Oeser. Representatives from the three offices have met twice to date, once in February and once in March, she said.

Title IX, BGLTQ, and OSAPR officials did not seek permission from the University before formalizing their partnership, according to Merhill, but she and Oeser regularly communicated with Deputy Provost Peggy E. Newell and Oeser’s supervisor, Harvard Chief of Nursing Maria Francesconi, about the idea. Merhill said both Newell and Francesconi were “overwhelmingly supportive” of the collaboration.

All five representatives from the three offices said they believe the present moment is ideal for launching a closer relationship, in part because the BGLTQ and Title IX Offices are in a state of administrative flux. Both offices recently underwent leadership changes; Scarborough became BGLTQ Director just a few months ago, in January.

“I think it’s more of an opportunity, you know, with the central Title IX Office having some space to reorganize, with Sheehan [Scarborough] coming on the scene in the BGLTQ Office,” Miller said. “I think it really is that opportune moment.”

The Title IX Office, the BGLTQ Office, and OSAPR will co-sponsor their first initiative as formal partners later this month, according to deLuzuriaga. The event—though not yet finalized—will address issues of gender identity, and will form part of Harvard’s planned activities for Sexual Assault Awareness Month and BGLTQ Pride Month, both of which fall during April this year.

A previous version of this story misstated the title of Associate Title IX Officer Julia A. Sáenz.