In Baccalaureate Address, Faust Asks Seniors to be ‘Noticers’ 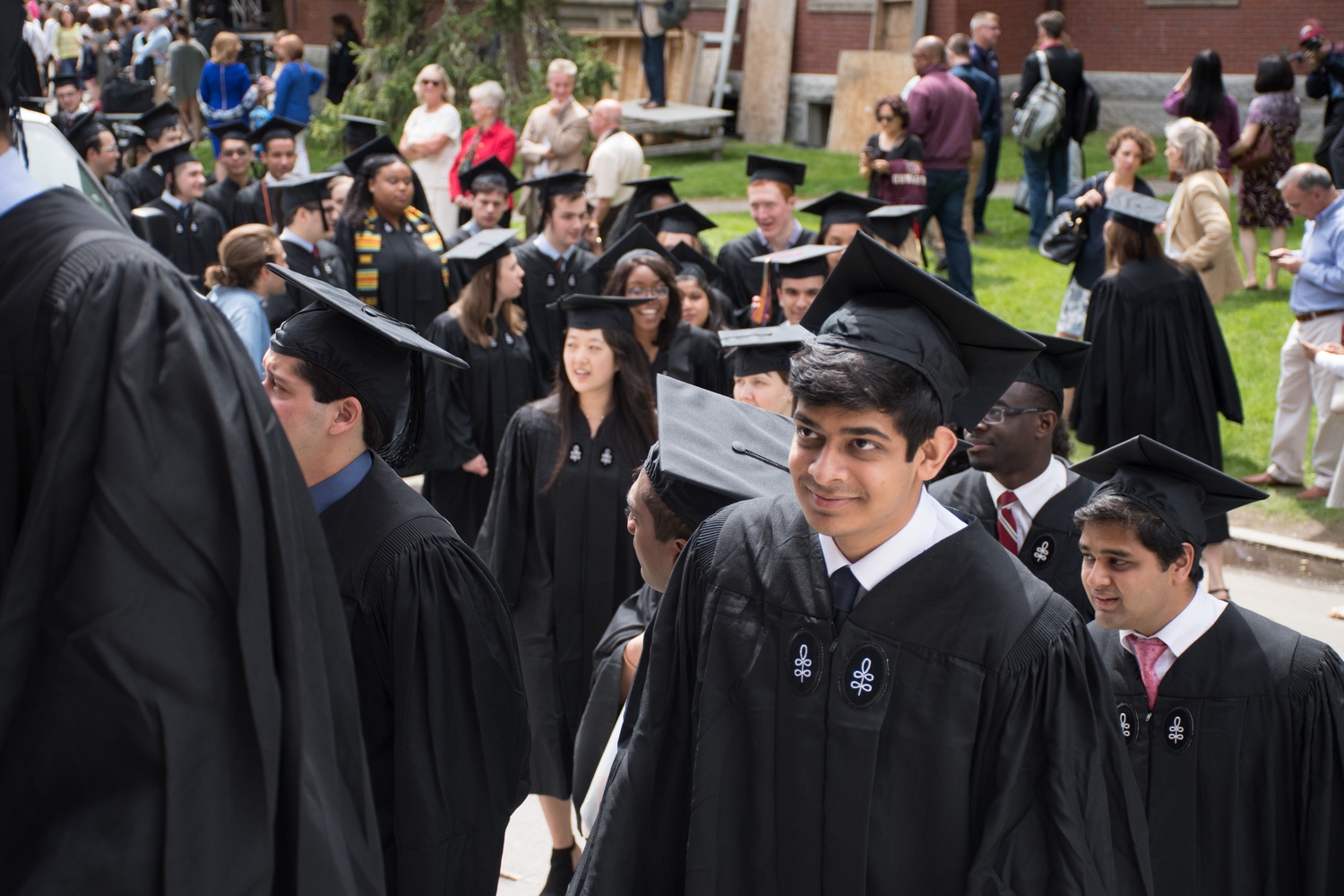 More than 1,000 seniors paraded around the yard to the newly-renovated Memorial Church for the first air-conditioned baccalaureate in Harvard’s history. During the ceremony—a long-standing tradition Faust called a “curious medieval custom”—students sang hymns and read prayers from an array of faiths, while loudspeakers broadcast the proceedings to parents listening outside in Tercentenary Theatre.

Taking the podium, Faust joked about social media, the week’s subpar weather, and a College committee’s recent recommendation that students read Chaucer aloud to one another as a means of improving their social lives.

Her speech took a more serious turn as she recounted challenges the class of 2017 has faced—from the Boston Marathon bombing canceling their Visitas weekend, to heavy snow storms, to the 2016 presidential election.

“You have stood up and stood out,” Faist said, listing activism movements students took part in throughout their time at Harvard, including a strike of dining hall workers and a blockade of Faust’s own Massachusetts Hall offices to call on the University to divest from fossil fuels.

University President Drew G. Faust addresses the Class of 2017 at the Baccalaureate Service on Tuesday afternoon. By Megan M. Ross

The bulk of Faust’s speech, though, revolved around “noticing,” which she defined as “not just passively seeing, but actively looking.” She argued this skill is particularly important as a means of “resisting the dangerous, post-factual world we seem to find ourselves in.”

“My graduation wish for you is that we will have succeeded in making you noticers,” Faust told soon-to-be graduates.

“Your degree may or may not get you noticed, but what I hope your education does, is guarantee a lifetime of noticing,” Faust said.

In his opening remarks, Pusey Minister and Plummer Professor of Christian Morals Jonathan L. Walton told assembled students that the ceremony was intended to serve as a “moral capstone” to their college careers. Walton and Faust entreated graduating seniors to remain humble as they are recognized for their successes.

“It is my sincere prayer that each of you will embrace the world with an open heart, humble spirits, and a curious, courageous, and compassionate demeanor—these are the virtues that Harvard College set out to instill four years ago when you entered through these gates,” Walton said.

Faust emphasized the serendipity behind each student’s—and her own—arrival at Harvard.

“Congratulations, you deserve to feel proud,” Faust said. “And yet, there are 7 billion people in the world. There are 1,626 of you. There is one of me. Why us? How often do we remind ourselves that, to some degree, we won a global lottery over which we had no control?”

Recognizing this good fortune, she added, comes with a responsibility to “nurture the humility that is essential for learning and growth.”

The College’s Class of 2017 will hear former Vice President Joe Biden speak at Class Day Wednesday, and Mark Zuckerberg deliver this year’s Commencement address to graduates from across the University Thursday.