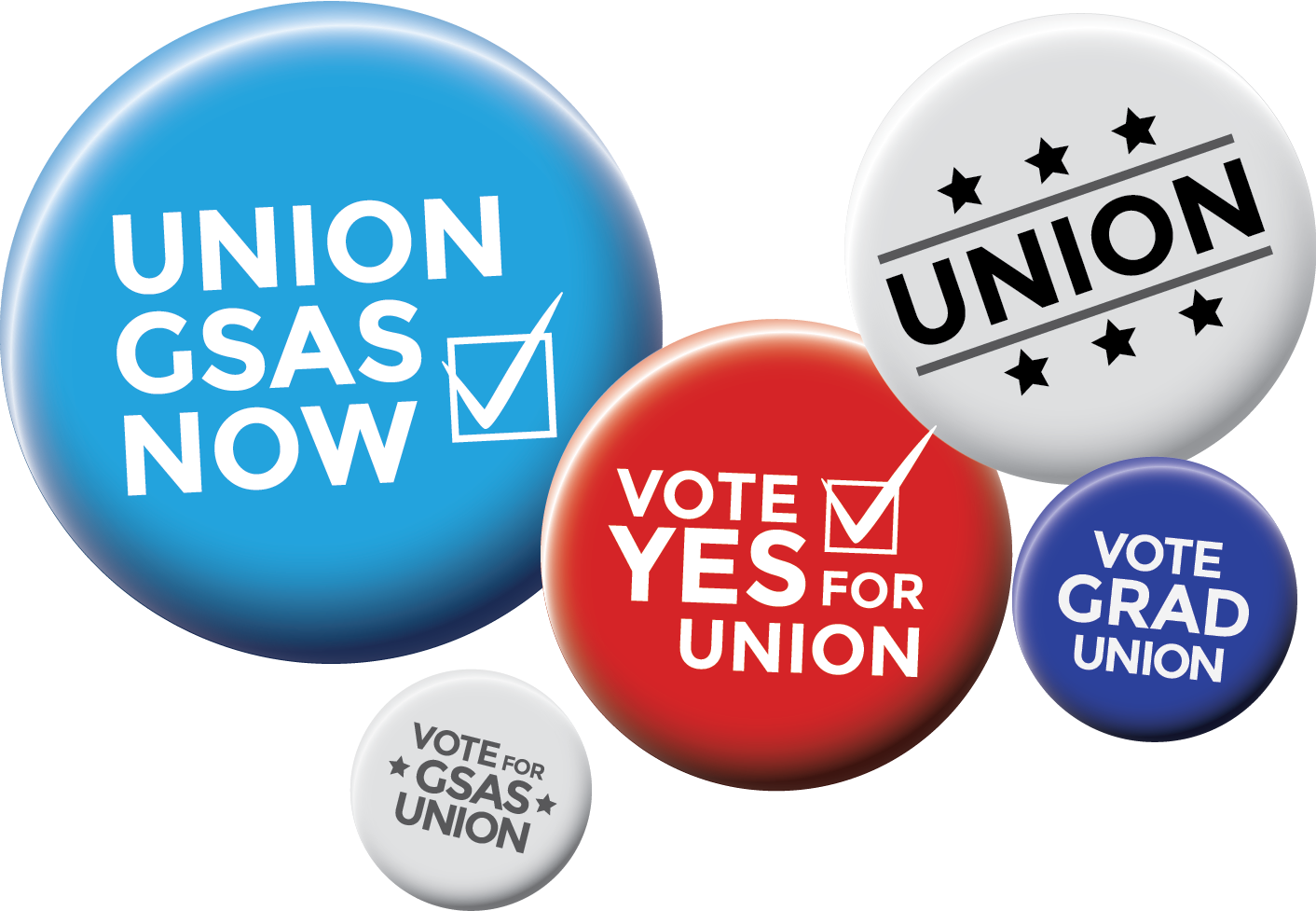 In December of 2016, days before a vote count deciding whether or not eligible students at Harvard could form a union, some union organizers gathered for a “happy hour” in anticipation of the results.

By many measures, they had reason to celebrate. They had spent weeks phone banking, sending emails, and knocking on dorm room doors in an effort to convince their peers to vote in favor of fundamentally changing how thousands of Harvard students negotiate for their pay.

“We’ve been having thousands of conversations over the past week with grad workers all over Harvard,” union organizer and Ph.D. student Abigail Weil said in November. “I think more than ever our supporters have been stepping up and showing their enthusiasm and dedication.”

Now, it seemed like their months of hard work were about to pay off: eligible graduate student researchers and teaching assistants and undergraduate teaching assistants would soon collectively bargain through the Harvard Graduate Students Union-United Auto Workers.

But the December vote count did not turn out in favor of the union organizers. The National Labor Relations Board counted more votes against unionization than in favor of it, though enough ballots remained disputed that the election was too close to call.

With the NLRB’s vote count, Harvard’s unionization effort entered a new phase. What began as a democratic get out the vote effort has descended into a months-long protracted and procedural legal battle. Increasingly, union organizers have had to stop calling students and start calling their attorneys, while Harvard administrators now make their arguments against unionization in legal briefs to NLRB officials and not in mass emails to students.

In the interim months, some union organizers—who have also turned advocacy efforts to opposing President Donald Trump—are now again gearing up for a large-scale organizing campaign with the possibility of a re-vote.

Harvard’s student unionization effort began in April 2015 as a relatively small group of students. In the following months, the organizers tried to recruit their peers to the nascent effort, and in late September 2015, HGSU officially partnered with the United Auto Workers.

Over the next year, union organizers would continue to try to increase awareness about their work and publicly make the case for unionization. Their arguments gained steam: in February 2016, a majority of graduate students employed by the University signed authorization cards supporting a union election.

Then, in August, the National Labor Relations Board ruled that graduate students at private universities could unionize, making student unionization a legal possibility. Harvard would hold a vote in November.

On Dec. 22, the NLRB counted all the votes that both sides had agreed were eligible. The count revealed that 1,456 students voted against unionization, while 1,272 supported it. By Timothy R. O'Meara

As union organizers campaigned, Harvard did not sit idly by. Administrators emailed students to inform them of the upcoming election, urging them to carefully consider whether a union was the best choice and warning them that unionizing could fundamentally alter the relationship between students and their professors.

Terms of the vote quickly became contentious. After the Nov. 16 and 17 vote, Harvard and HGSU-UAW spent the next month meeting at the NLRB in Boston and discussing the eligibility of challenged ballots from the election.

On Dec. 22, the NLRB counted all the votes that both sides had agreed were eligible. The count revealed that 1,456 students voted against unionization, while 1,272 supported it.

The future of Harvard’s unionization effort began to hinge on arguments in an NLRB hearing room—not the dining hall conversations students had been staging for months.

Both the union and the University called up their lawyers.

A few days later after the NLRB vote count, both sides filed objections to the election. The unionization effort argued that the list of eligible voters that Harvard provided before the election was incomplete, listing students’ legal names on the lists instead of their preferred ones. This may have prevented eligible voters from having their ballots counted or deterred them from going to the polls at all, necessitating a second election, the organizers argued.

The University also filed an objection with the NLRB, albeit of a much different scale. Harvard objected to the NLRB’s decision to mark void one ballot—which the voter marked with a smiley face and a note—that opposed unionization.

Starting in February, both sides participated in a weeks-long hearing at the NLRB to resolve the remaining challenged ballots and discuss the validity of each side’s objections.

After considering the arguments presented at the hearing, NLRB hearing officer Thomas A. Miller wrote that Harvard had “not substantially complied with voter list requirements.” He recommended that, if the remaining challenged ballots do not result in a union victory, Harvard should hold a re-vote.

Currently, 185 more ballots oppose unionization than support it. 195 ballots have not been counted yet, meaning that almost all of the remaining ballots would have to be in favor of unionization to avoid a recount under Miller’s recommendation.

Now, NLRB Regional Director John J. Walsh Jr. will review Miller’s recommendation and Harvard's appeal, then make his own ruling. After Walsh releases his decision, either side could appeal to the NLRB in Washington, D.C. for a final judgment.

Getting Out the Vote

With the strong possibility of a re-vote, some union organizers are now turning back on-campus organizing. Union organizer Eben M.L. Lazarus said union organizers had been preparing for a new election even when they were not sure that Miller would recommend a re-vote.

“Union organizers were reaching out to contacts in departments informally even before the re-vote was announced,” he said. “People on the organizing committee have been meeting to discuss proceedings and hearings to discuss strategy.”

The union has also been “soliciting feedback about the previous election,” according to Lazarus.

According to Michael E. Rowan, a graduate student and opponent of HGSU-UAW, students have not yet started a campaign to oppose unionization during a possible re-vote. During the election in Nov. 2016, students who opposed HGSU-UAW campaigned against HGSU-UAW and created a Facebook page arguing that students should not support the union.

Rowan said that even though a formal campaign against HGSU-UAW has not started yet, he intends to try to persuade students not to support the union through informal conversations.

“If I’m talking to people, I’ll stress my opinion,” he said. “I don’t think every union is a bad thing. I think this union is definitely a bad thing because it isn’t organized well enough to get the things it wants to get.”

Union organizers said they intend to campaign on the issue of student pay. Niharika Singh, a graduate student and union organizer, said it has been “important” for the unionization effort to “highlight some of the pay-related issues that have come up” over the past few months.

In April, the GSAS announced students would receive a 1.5 percent stipend increase—a raise that trails the current rate of inflation and is lower than the pay increases that Ph.D. students have received in past years.

In the same month, GSAS emailed over 800 students to tell them they would receive their summer funding in two installments instead of in one lump sum. After student outcry, GSAS decided that students who wanted to receive their funding in one payment could do so.

“Part of what the union does is make sure these things don’t slide by,” Singh said.

The union also plans to campaign around the issue of top-ups—the additional pay GSAS grants graduate students if their earned teaching compensation is lower than expected. Some departments, though not all, grant this type of pay, according to Singh.

“It’s this arbitrariness in pay that doesn’t make sense,” she said.

Opponents of unionization argued that HGSU-UAW could not secure the pay raises for students that union organizers are promising in their campaigning.

“My impression was that they had a lot of promises about things the union could supply—increase to student stipends, health benefits, that kind of thing. At the end of the day, it’s just promises,” Rowan said.

Rowan added that he did not think HGSU-UAW was organized enough to bring about the changes that union organizers said they could.

Rowan also criticized HGSU-UAW for continuing to campaign after the first election, which he said clearly showed that students do not want a union.

“I think there’s already a fairly clearly decision after the main vote and I feel like the pro-union people are trying to extend this further,” Rowan said.