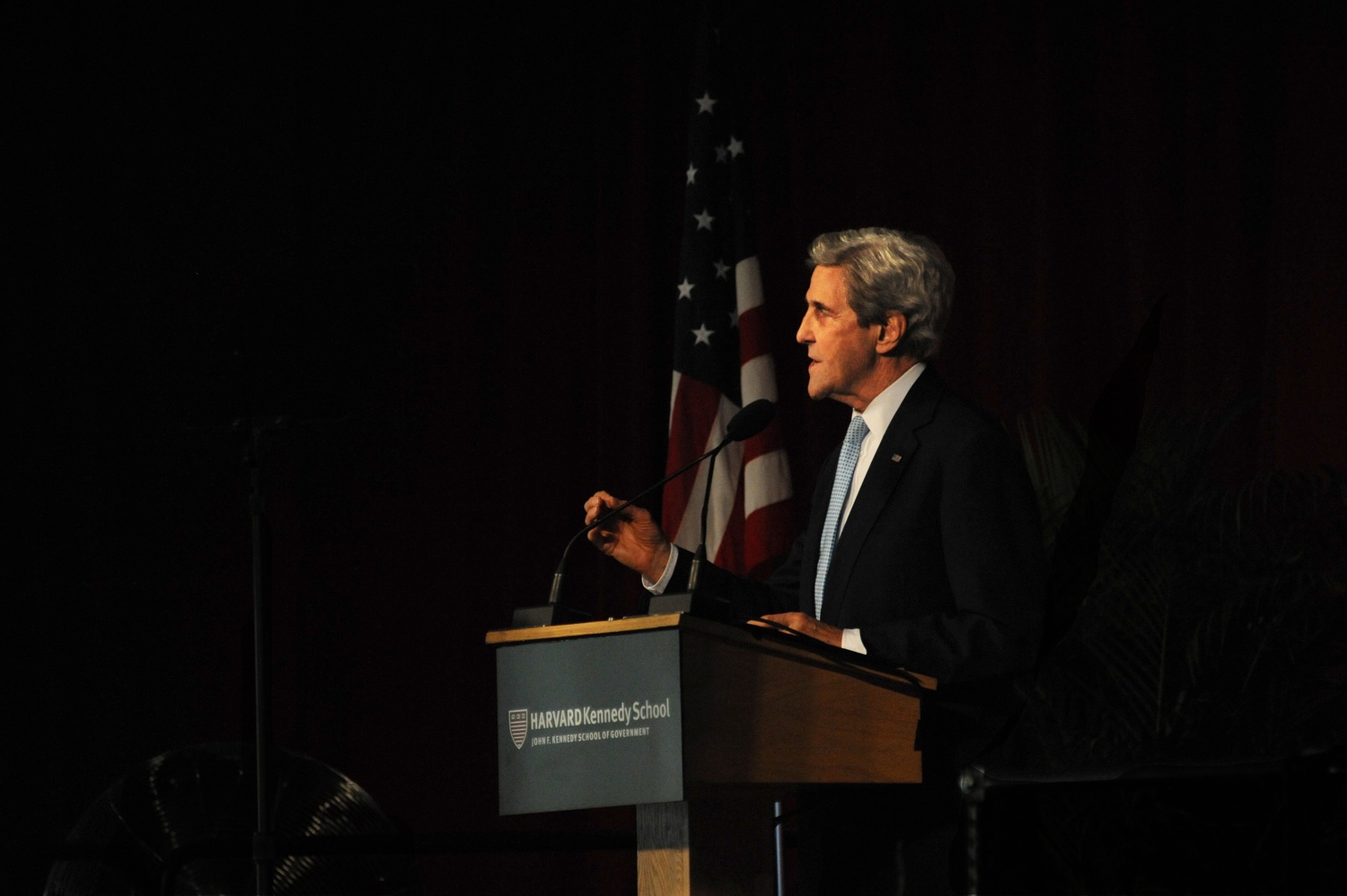 Speaking in a political climate in which he said “there is nothing normal,” former Secretary of State John Kerry implored hundreds of students set to graduate from the Kennedy School to focus on the long-term purpose of government “completely absent in today’s politics.”

Kerry urged the school’s Class of 2017 to pursue activism in a “moment of adversity.”

“I did not come here to be partisan or political or pessimistic,” Kerry said in his speech at the school’s graduation ceremony. “But I need to tell you the truth, and together we all need to start acting on it.”

“The worst thing I can do is insult your intelligence by pretending that it’s just smooth sailing for America and for the world,” Kerry continued. “And I refuse to self-consciously twist myself into a pretzel and put on a contrived mantle of bipartisanship that alleges that both parties are to blame for what’s going on, or what’s not going on.”

From 2013 to 2017, Kerry served as Secretary of State under former President Barack Obama after running as the the Democratic nominee for president in 2004. He graduated from Yale University in 1966.

The Kennedy School aims to actively advance the public good, and originally educated students for careers in government and civil service. Today, however, many of its graduates matriculate to private sector jobs.

In a nearly hour-long speech punctuated at times by applause, Kerry did not mince words with his thoughts on the Trump administration.

At several points, Kerry referenced political controversies that have engulfed the White House in recent months, including President Donald Trump’s dismissal of former FBI Director James Comey amid an ongoing investigation into potential ties between the Trump campaign and the Russian government.

Still, Kerry said he was optimistic about the future—one he said he hoped that would be much different from the present.

“We have to focus on the special purpose,” Kerry said. “A focus deprived of all oxygen by the daily forest fires that we are forced to fight. Because while we’re stuck disproving the crazy proposition that two plus two equals five, while we’re fighting just to hold on to truths long ago decided, far more is at stake, and we aren’t even scratching the surface.”

In issues ranging from unemployment to climate change to terrorism, Kerry said that a solution could be found in diplomacy and cooperation.

“To succeed in an already globalized world, my friends, and a super-connected world, all of us have to opt in,” he said. “Every one of us has to win.”

Kerry added, however, that he didn’t “just want to put out a big idea,” but rather share how “we can actually do it.” Among other things, he voiced support for partnering with other nations to increase global development through the Asian Infrastructure Investment Bank and China’s Belt and Road Initiative.

“The reason I know we can do this is because even against resistance, again and again, we have seen what activism can do when young people put their minds to it,” Kerry said.

Finishing with the words of Harvard alumus T.S. Eliot Class of 1910, he challenged graduates to not “wind up fretfully musing as Prufrock did, ‘Do I dare disturb the universe?’”