Hughes from the Top: Female Rookie of the Year, Runner-Up 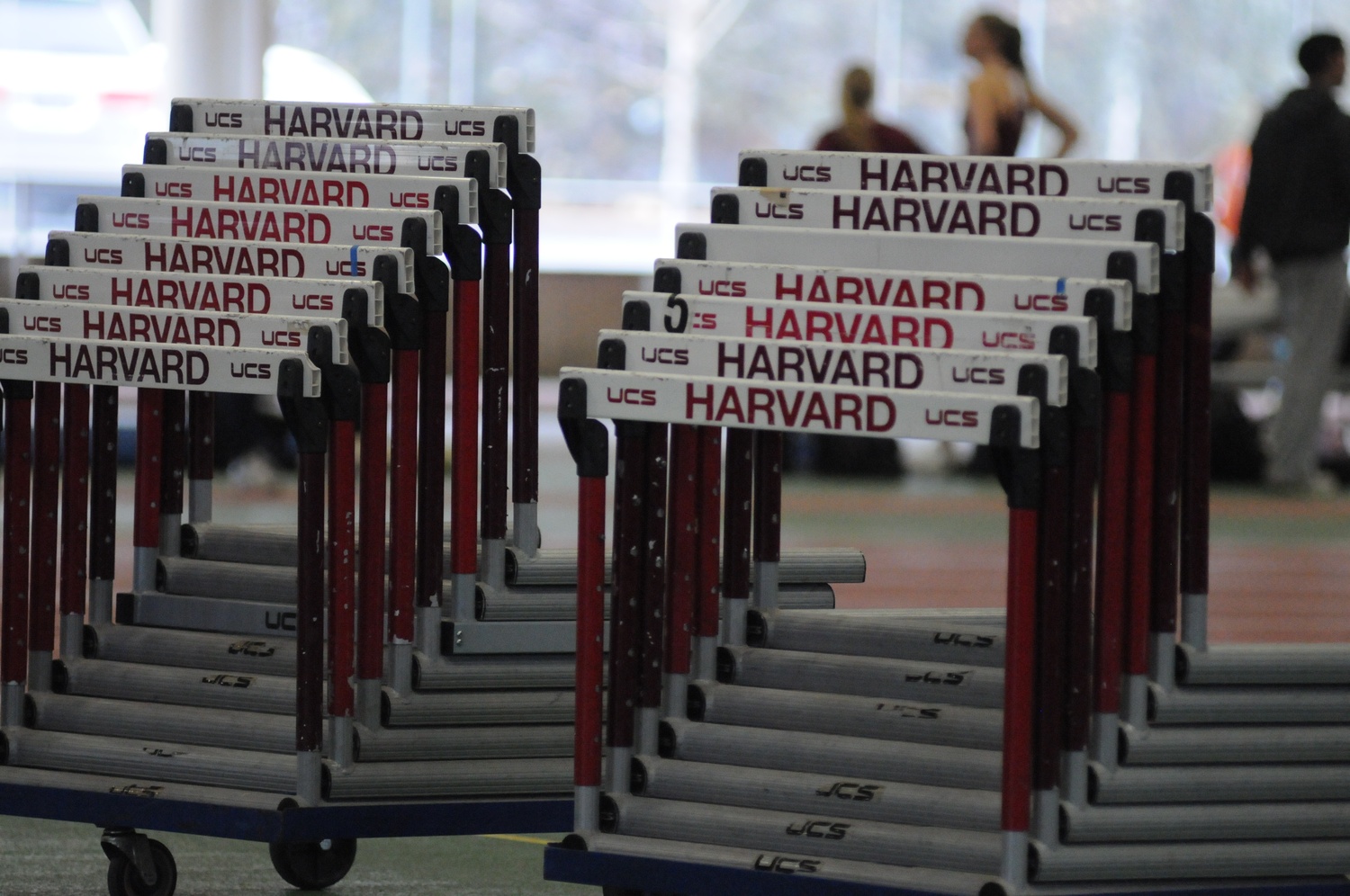 In an age of specialization in sports, most track athletes work on excelling at a single event. Freshman Zoe Hughes is not the average track athlete—she focuses on seven.

Competing in the indoor pentathlon and the outdoor heptathlon, Hughes must juggle sprints, hurdles, jumps, and throws. And throughout the season, she has mastered them all quite well.

Hughes claimed her first collegiate gold at just the second meet of the indoor season, the Harvard Multi Meet, scoring 3,702 points. The following day, she competed in the Beantown Challenge and aided in a gold medal showing by the 4x440 yard relay team.

A week later, she etched her name into the Harvard record books twice on the same day. In the Pentathlon she earned 3,759 points, and she helped run a 3:43.06 in the 4x400 meter relay, both the fourth-best in program history in their respective categories

“Zoe is a really hilarious person, and she brings a lot of really positive energy to the team,” teammate sophomore Gabby Thomas said. “She is very different, and there is really never a dull moment with her around.”

It was at the Indoor Ivy League Heptagonal championships, though, that Hughes really made her name known. Competing for the team in the pentathlon, the Hornchurch, U.K., native won gold with 4,093 points, second-most in program history. The victory was especially significant for Harvard, as it represented the team’s first victory in the event since 2009.

"She's very driven and one of the most focused freshman. I admire her a lot for that," sophomore sprinter Gabby Thomas said.

Along her way to achieving the gold, the rookie hit a 6.07-meter mark in long jump. The leap would have beaten a Harvard record that had stood for nine years if the same mark were not eclipsed by classmate Simi Fajemisin on the very same day.

On the second day of Heps competition, Hughes earned her second gold, this time in the 4x400 meter relay. The Crimson quartet finished in 3:42.02.

Following her Heps performance in the pentathlon, Hughes advanced to the NCAA Indoor Championships, only the second person from Harvard to do so in the event. At the meet in College Station, Texas, the rookie was one of only three freshmen competing in the event. She finished 10th overall, with 4,089 points, the third-best total in school history behind one of her own performances. Following the meet, Hughes was named second-team Indoor All-American.

“She’s very driven and one of the most focused freshman,” Thomas said. “I admire her a lot for that. I think she’s going to be a pretty amazing athlete in the next few years, so I’m looking forward to seeing her develop.”

For the rookie, the transition into the outdoor season was seamless. Two weeks after competing at nationals, Hughes traveled to Florida where she clocked two top-ten program times. In the 100 meter hurdles, she clocked a 13.90 second debut time, Harvard’s fifth-fastest time in the event. Competing in the 4x400 meter relay, Hughes and teammates sophomore Gabby Thomas, senior Jade Miller, and freshman Karina Joiner claimed the tenth-fastest time in program history after running the mile in 3:42.12 seconds.

On April 15, Hughes etched her name into Ivy League history. Competing in the heptathlon at the Mt. SAC Relays, the freshman achieved 5444 points, the second-best in program history and the fourth-best ever in the Ancient Eight.

This performance fed into her Outdoor Ivy Heps competition. Coming off the victory, Hughes took first in the Heptathlon, with 5332 points, and fourth in the long jump after jumping 5.90 meters.

However, as the NCAA Regionals do not host a heptathlon competition and only the top 24 compete at Nationals, Hughes—who is currently ranked 27th—will likely not make the cut. The Hornchurch, U.K., native, though, has her sights set on a different meet.

“I do have European Junior Championships coming up so I’m looking to do another heptathlon before then to qualify,” Hughes said. “That is in Italy in July so that’s the main focus for the rest of my season.”

The meet will be her last of her inaugural college season.

“I plan on just keeping at it and continuing to work,” Hughes said. “Freshman year wasn’t a smooth year, but I think in terms of expectations it definitely exceeded them.”