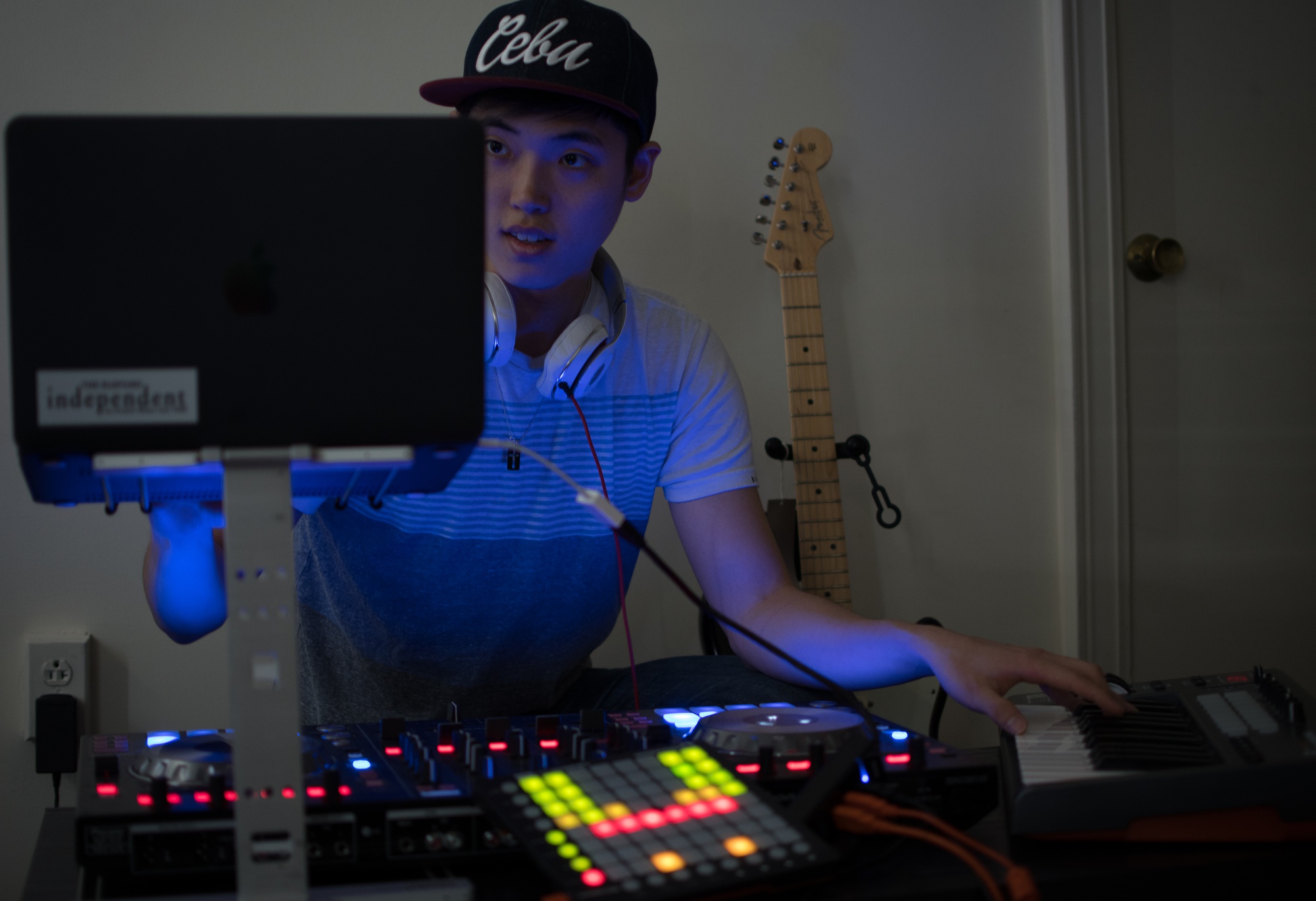 A native of the Philippines, Daniel Um ’19—known as DJdUm— said he got his start DJing by creating remixes and covers of popular songs while he was in high school
Advertisement
Advertisement

All the Lights: DJdUm and Electronic at Harvard

A native of the Philippines, Um said he got his start by creating remixes and covers of popular songs while he was in high school. “I started posting my mixes on YouTube, and people asked me to DJ their events,” he says.
By Kenton K. Shimozaki

When the lights go down and the turntable comes alive, Daniel Um ’19—known as DJdUm—straps on his headphones and gears up for a night of mixing music. A popular DJ at Harvard parties, Um takes his talents across the river to universities and nightclubs in Boston on the weekends.

A native of the Philippines, Um said he got his start by creating remixes and covers of popular songs while he was in high school. “I started posting my mixes on YouTube, and people asked me to DJ their events,” he says.

From there, he started honing his DJ skills and became more serious about mixing. Now, the Integrative Biology concentrator is part of the Harvard College Electronic Music Collective—a student organization devoted to “electronic musicians,” including producers, DJs, and beatmakers, who come together, learn new skills, and collaborate on projects, according to their website.

“We noticed the demand for DJs was greater than the number of DJs on campus,” Um says of the group. Um and other members of the HCEMC are trying to cultivate a pipeline for students to become professional DJs. The organization hosts lecture series and invites up-and-coming DJs like Berkeley-born EDM producer KSHMR to campus.

Many of the campus groups that contract for Um’s DJ services get funding from the Undergraduate Council, which provides money for DJs and sound equipment at parties through their grant program. Um says that for him, DJing is a fun part-time job that allows him the flexibility to work events when he’s available.

“Last semester, I was DJing two gigs per weekend,” Um says. “That was a lot.” He pulls up a list of his recent appearances: House formals, cultural club parties, and even nightclubs in Boston. His experience is extensive.

Then Um pulls up a diagram called a “Camelot Wheel” on his computer. An advanced tool for harmonic mixing, the Camelot Wheel and the corresponding key and tempo designations for songs allow DJs to transition between appropriate tunes. “The goal is to make it sound like one long song,” Um explains.

He flicks back and forth between tracks with his software and gives me the lowdown on how he beat matches the song playing through the speakers as he readies the next.

“If people are feeling EDM, then I’ll play more of that. Same goes for Trap or Hip Hop,” he says.

Um says that while individual DJs have varied philosophies when it comes to their craft, he tries to think of his work controlling the music and vibe of a party as something a little more fun.

“In my opinion, it’s more of a celebration with friends,” he says. “DJing is a good way to stress relieve.”