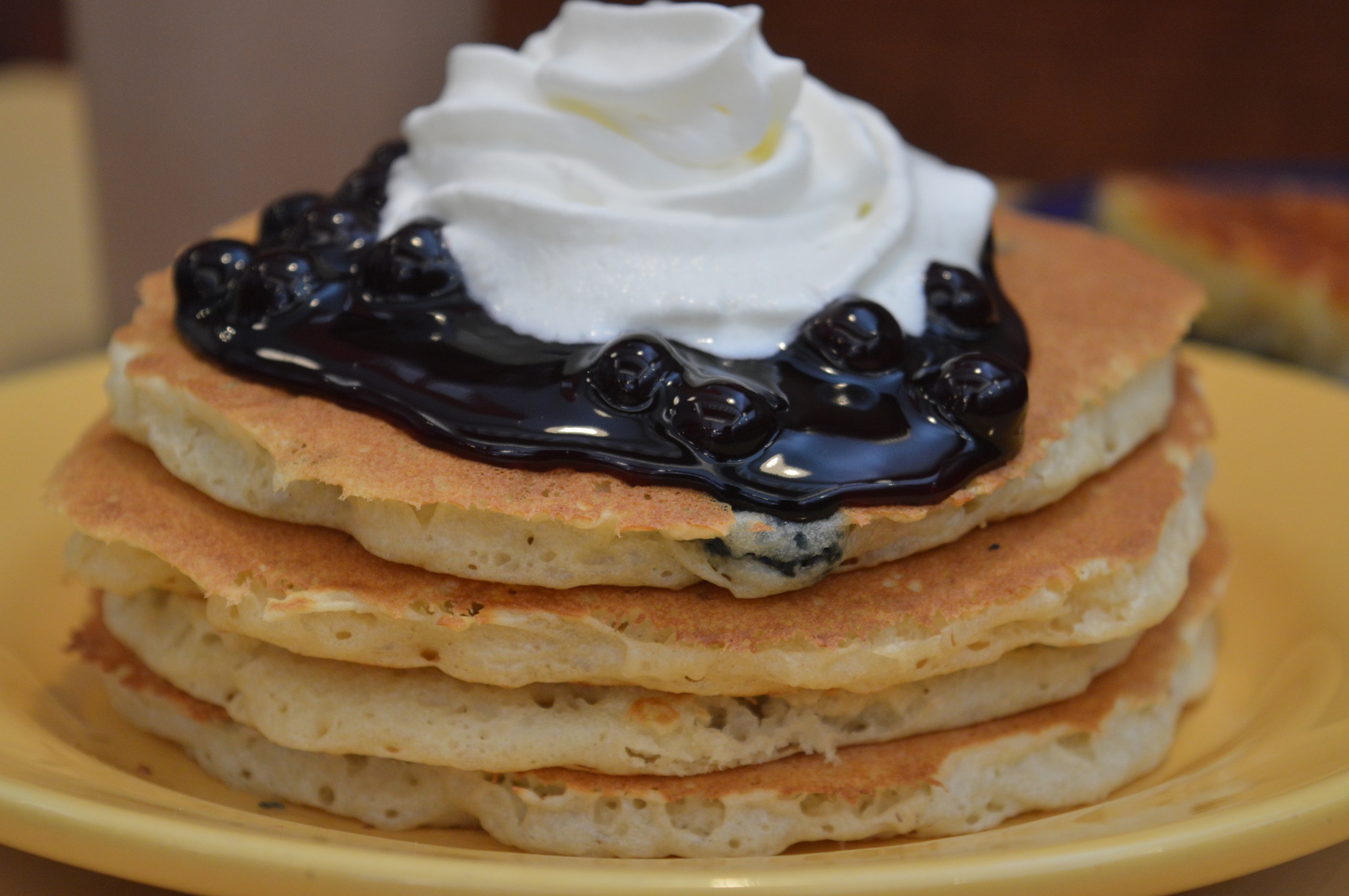 Heat and fluorescence and red-blue-yellow cleanliness spilled out across the sidewalk in a broad half-moon. IHOP glowed with silent vulgarity.
By Laura E. Hatt

September 2014 was weird and new and lonely and exciting and tumultuous and stifling. Harvard Yard felt small and humid in a way I hadn’t expected and still can’t entirely explain. During the day, the dark wood paneling of Sever Hall pressed close against my body. At night, the bright scratchy carpet of Lamont Library did the same.

Despite my discomfort, I was a nervous freshman with poor time management skills and papers to write. I continued to attend class (mostly) and spend my nights in Lamont.

Then, one night in October, I began to sweat. I told myself I was hungry.

Advice for those seeking late-night food in Harvard Square: Give up on the historical, the original, the independently owned. Peet’s closes at 9 p.m. Felipe’s closes at midnight most weeknights. The Kong is open until 2 a.m., but the staff does not welcome lone freshmen clutching laptops and exuding sweaty despair. Go for the faceless chain. For example: Slick and corporate and filled with the gentle crooning of an almost entirely white indie playlist, the Starbucks on Mass Ave. stays open until 1 a.m.

So I left the library and headed to Starbucks, where I bought an overpriced cookie and wrote on a couch upstairs until a bearded man with a broom began passive-aggressively sweeping around my feet. Then, reluctantly, I shuffled downstairs.

Outside, the Square was dark and still. The subway had shut down and the metal grate had descended, sealing the underground station with a wall of corrugated aluminum. The academics and young professionals had disappeared. The space was cool, wide, anonymous.

I thought about going home. My Canaday quad was less than a quarter mile away. My roommates would be asleep. Once I’d felt my way to my toothbrush, I could crawl wordlessly on top of my sheets and try to sleep. I pictured the airlessness, the tension, of the return.

I went to Tasty Burger. I claimed a table in a dark corner of the basement, pulled my collar over my ears, and typed by the light of my laptop. Nearby, four dudes in blazers played an energetic game of table tennis. At 2 a.m., the basement closed.

Next, I tried the lobby of the Charles Hotel. I was ejected within 10 minutes. I wouldn’t recommend this.

Finally, at 2:30 a.m., I stumbled across a patch of light. Heat and fluorescence and red-blue-yellow cleanliness spilled out across the sidewalk in a broad half-moon. IHOP glowed with silent vulgarity.

I thought about going back to my freshman dorm, of climbing the narrow concrete stairs and tiptoeing past my sleeping roommates.

The bell tinkled as I entered.

A man in his early thirties guided me to a corner booth and brought me a carafe of terrible coffee. (He works a lot of weeknight shifts; we would come to recognize each other.) When I finished it, he brought me another.

The night passed. I typed and eavesdropped and daydreamed and half-slept with my eyes open. The couple in the booth beside me fought and stormed out. My coffee grew cold. I stretched out in my booth. The remaining patrons—a guy in a suit, a small group of drunk undergrads—trickled out of the diner. My skin cooled.

At 4 a.m., the radio shut off and the man in his early thirties began making apologetic gestures. I gathered my papers, paid for my coffee, and left. The Square was still dark.

I returned to my dorm and fell asleep.

That night was the first of many late-night wanders. Even after I grew more comfortable in my dorm, after I stopped noticing the tightness and heat of campus life, I continued to venture into the Square to work. Most nights, I ended up in IHOP. Most nights, it surprised me the way it had that first night: garish lights staining the sidewalk, visible from far down the street, gleaming like a cheesy beacon.

Oddly, there were a few nights I couldn’t find it. I’d circle and circle, but the diner just wasn’t there.

This isn’t entirely surprising. Lights aside, the place is easy to miss: Tucked away on one of those windy streets that run perpendicular to JFK St., its entrance is sunken and angled against a wall. It’d be easy to walk down the wrong street. It’d be easy to walk right past it. I’m sure that’s what happened.