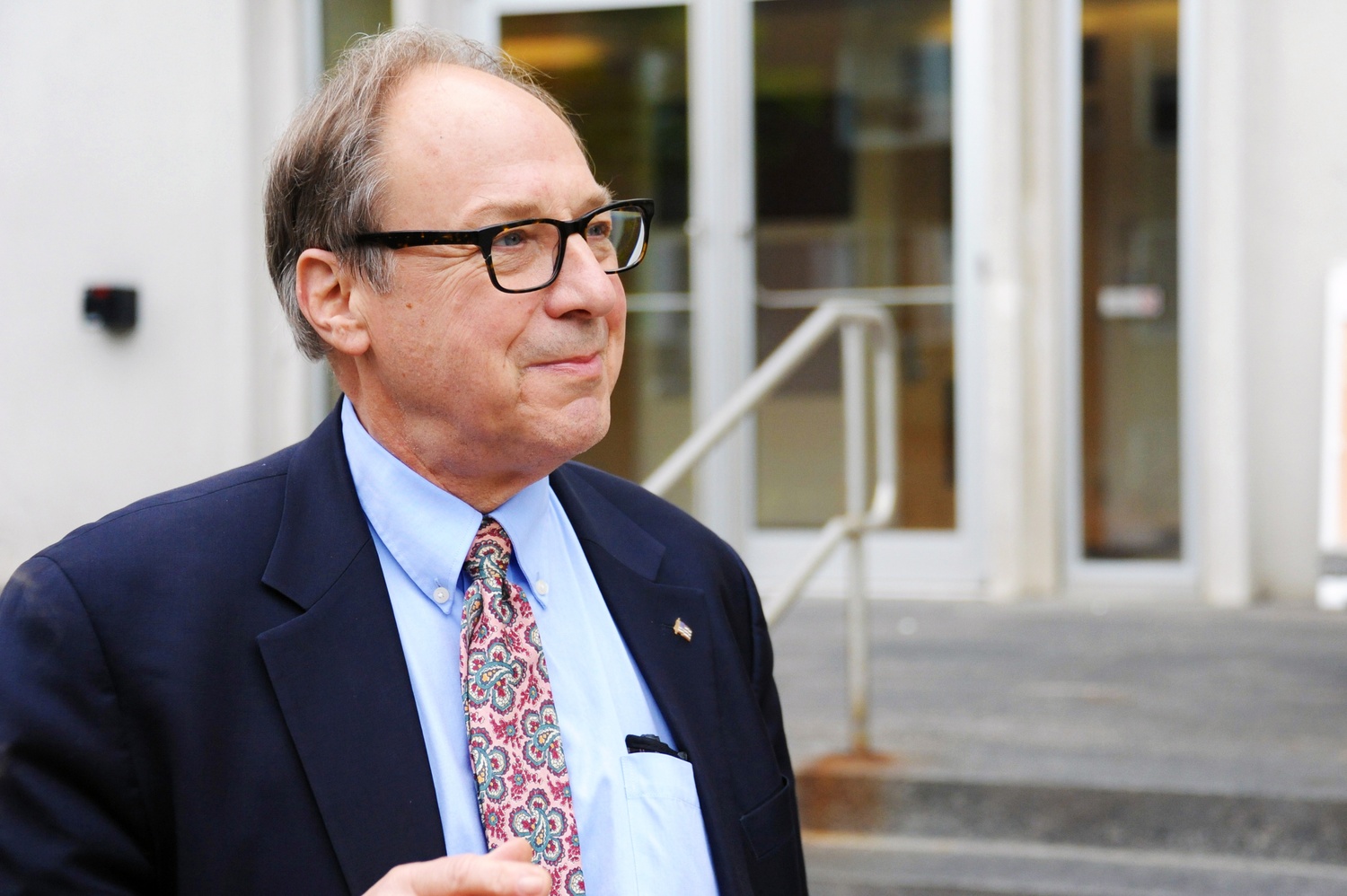 Former Dean of the College Harry R. Lewis ’68 submitted a motion Monday that seeks to nullify Harvard’s penalties for members of final clubs and Greek organizations, renewing a previous effort to curb administrative regulation of the social groups.

Twenty-one professors signed the motion, which states that Harvard College shall not “discipline, penalize, or otherwise sanction students” for joining “any lawful organization.”

Earlier this summer, a faculty committee recommended that Harvard ban membership in any social group—single-gender or co-ed—in an expansion of existing sanctions that bar members of single-gender groups from certain campus and postgraduate opportunities. University President Drew G. Faust must still approve the full ban on membership, which could change after student and Faculty review.

In an email sent to the Faculty of Arts and Sciences Secretary, Lewis requested that the motion “appear on the agenda” for the October 3 meeting of the full Faculty. Lewis also requested that the proposal be voted on by “paper ballot” in his email.

Lewis has long been one of the most vocal faculty critics of the College’s social group penalties, speaking out against the sanctions in a Washington Post op-ed, at Faculty meetings, and in posts on his personal blog.

The 27-word motion marks the second time that Faculty members have tried to kill Harvard’s attempts to regulate undergraduate social life. In May 2016, 12 professors filed a motion declaring that “Harvard College shall not discriminate against students on the basis of organizations they join.” Lewis withdrew that motion in January 2017.

The second motion—which is sponsored by all 12 signatories of the 2016 motion, as well as nine new Faculty members—closely resembles the first. It decrees that the College shall not punish students in any way for “joining, or affiliating with, any lawful organization, political party, or social, political, or other affinity group.”

In an attached explanatory note, the professors wrote that the proposal is intended to secure students’ “right of free association.” The Faculty members also wrote that the motion is meant to cancel out the College’s social group penalties.

“If the policy is adopted, students could not, simply because of membership in a legal club, social or political organization, be sanctioned by the Administrative Board or by the Honor Council, or deprived of any academic or extracurricular opportunity or honor for which they would otherwise be eligible,” the professors wrote.

Under the College’s current social group policy, announced in May 2016, members of final clubs and Greek organizations are barred from student leadership positions, athletic captaincies, and certain top fellowships.

But the future of the College’s policy is far from clear. In January 2017, Dean of the College Rakesh Khurana announced the sanctions could be “revised or replaced” by a faculty committee tasked with improving them, prompting Lewis to withdraw the original motion.

Lewis vowed at the time that he would reintroduce the motion, or a similar version, should the policy be “reaffirmed without adequate revision” in his view.

The faculty committee completed its review and released its preliminary recommendations in July. In a 22-page report sent to Harvard affiliates, the committee suggested banning social groups altogether, significantly escalating the scope and severity of the original social group penalties.

Some faculty members have long argued that the College’s attempts to legislate undergraduate social life encroach on Faculty authority. In the days following the report’s release, several professors charged that the social group ban—and its suggested path to approval, which gives Faust ultimate say over the recommendations—go against University statutes.

But roughly a month after the committee published its report, Khurana announced that its recommendations could be updated following consultation with faculty and students in the early fall.

So, for the second time, Lewis and his supporters will take the fight to the full Faculty.

In an emailed statement Sunday, Lewis wrote that the motion he filed Monday “breaks no new ground.”

“What the motion says is what Harvard has always done in modern times,” he wrote. “We have never punished students simply for joining private organizations.”

Lewis added that he hopes the motion will result in “debate and a decision” by what he believes should be the “authoritative body” in this matter—the Faculty of Arts and Sciences.