Ahead of Schedule and Under Budget, Winthrop House Reopens 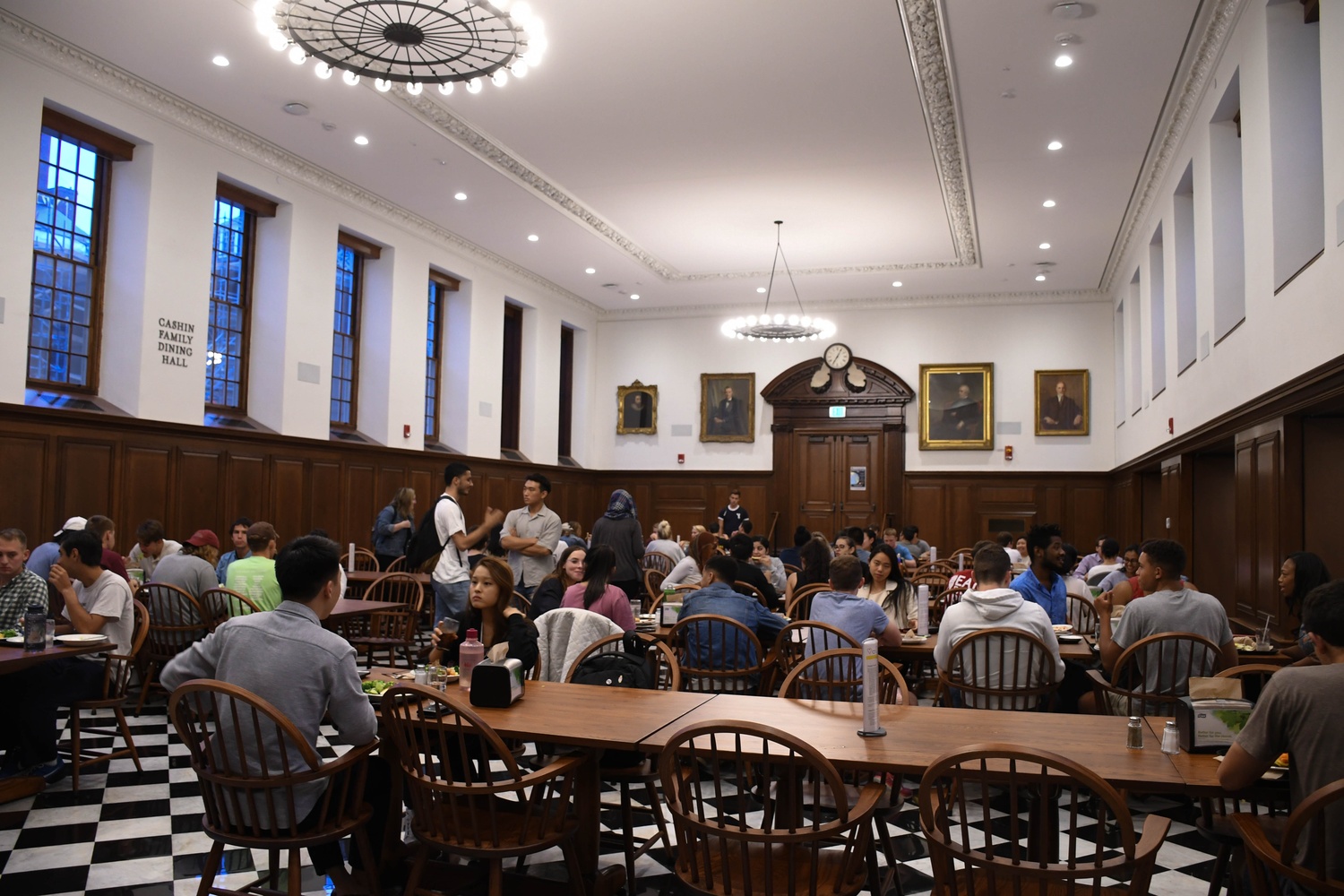 Winthrop House opened its doors Saturday following a year-long renovation that included the addition of a new hall to the upperclassman residence and the expansion of common spaces.

The modernization of Winthrop's two original halls and addition of a new wing named Beren Hall to the western halls came in under budget and ahead of schedule, according to Stephanie R. Robinson, Winthrop’s Faculty Dean. The project added several new facilities to the House and will allow all of Winthrop’s residents to live in the House for the first time in recent memory.

Robinson’s husband and co-Faculty Dean Ronald S. Sullivan Jr. praised the renewed House, which was built in 1914 to house freshmen.

“Move-in was wonderful, there was a lot of excitement. Jaws dropped at the renovations,” Sullivan said. “They really brought it back to the original glory.”

Beren Hall, the new five-story addition to the House named for donor Robert M. Beren ’47, eliminated the need for overflow housing in the DeWolfe apartments and features new common spaces that include a rooftop terrace and a student lounge.

“The room that excites almost everyone is our rooftop terrace,” Robinson said. “It has beautiful views of Boston, Allston, the campus. It’s just spectacular.”

For the past year, Winthrop residents lived at the former Inn at Harvard—dubbed the “Winn” during Winthrop’s yearlong stay—and in a mix of apartments sprinkled throughout Harvard Square while construction was underway.

Returning to Winthrop House’s Mill Street complex, students like Michael Shao '19 look forward to utilizing the House’s new amenities, which also include a two-story grille, a meditation room, and an art studio. 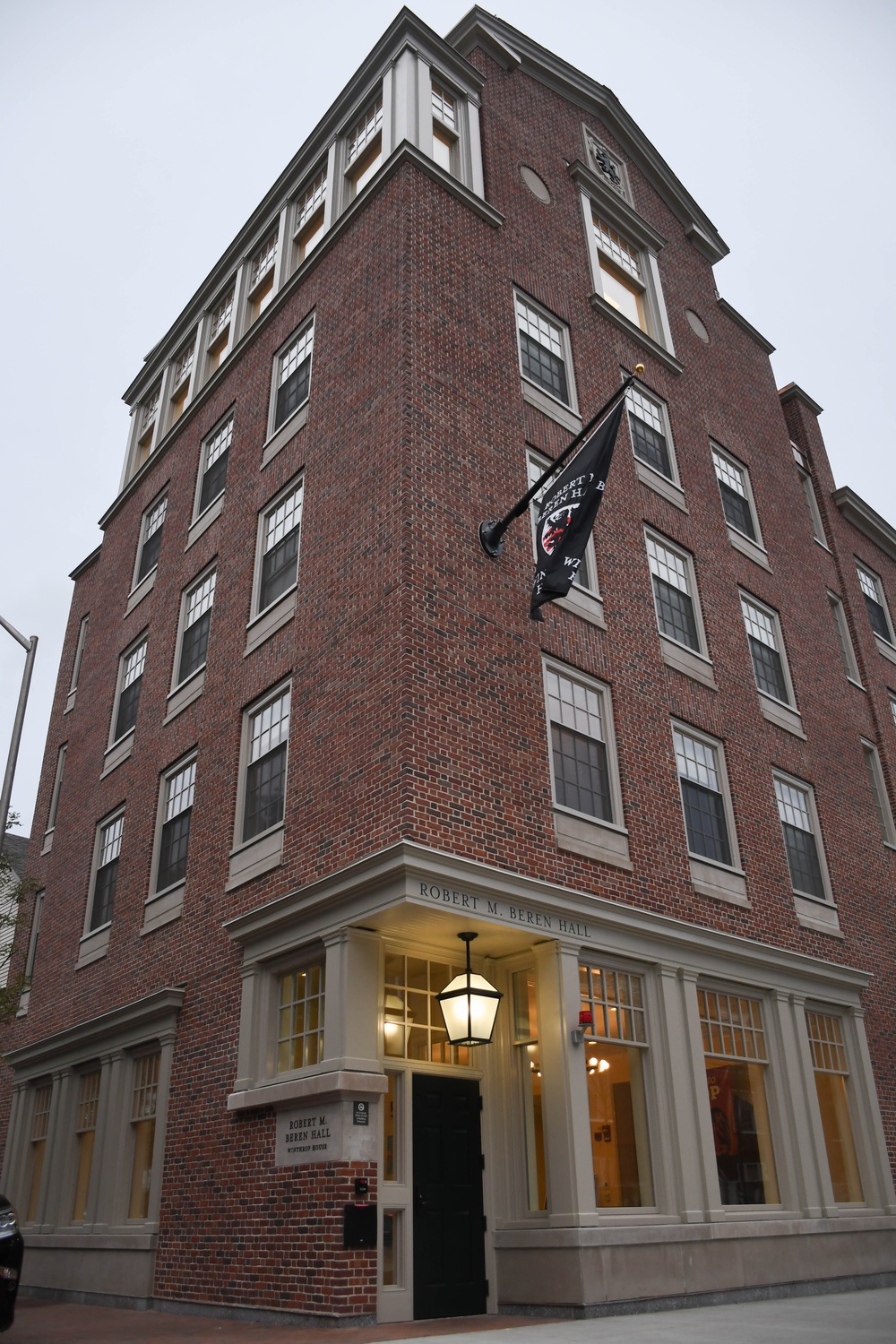 “I think the biggest upgrade is just the amount of new amenities that we have that really add a lot to the experience of House life and promote community,” Shao said.

“The fact that the Houses are transitioning away from common space within rooms towards group common space seems well-intentioned, but then everyone is left in hallway singles rather than having shared common space with their blockmates,” Braunstein said.

Concerns about changes to the composition of hall common rooms are not new to College administrators: Dunster residents lodged similar criticisms when their House reopened in August 2015.

The House also includes furniture designed with Winthrop’s colors in mind, as well as murals with photos of current and past Winthrop students.

“The new furniture is a good mix between modern and still keeping the history behind Winthrop like the new wood dining hall and library chairs and tables with the Winthrop insignia on it,” Shao added.

The Faculty of Arts and Sciences’ more than $1 billion House Renewal project has met significant challenges as a result of dwindling financial reserves and tepid donor support.

Across the street from Winthrop, construction on the College’s third undergraduate House to be renovated is underway. Unlike previous renovations, Lowell House’s will require two years to complete. The Lowell project is expected to be completed by August 2019.