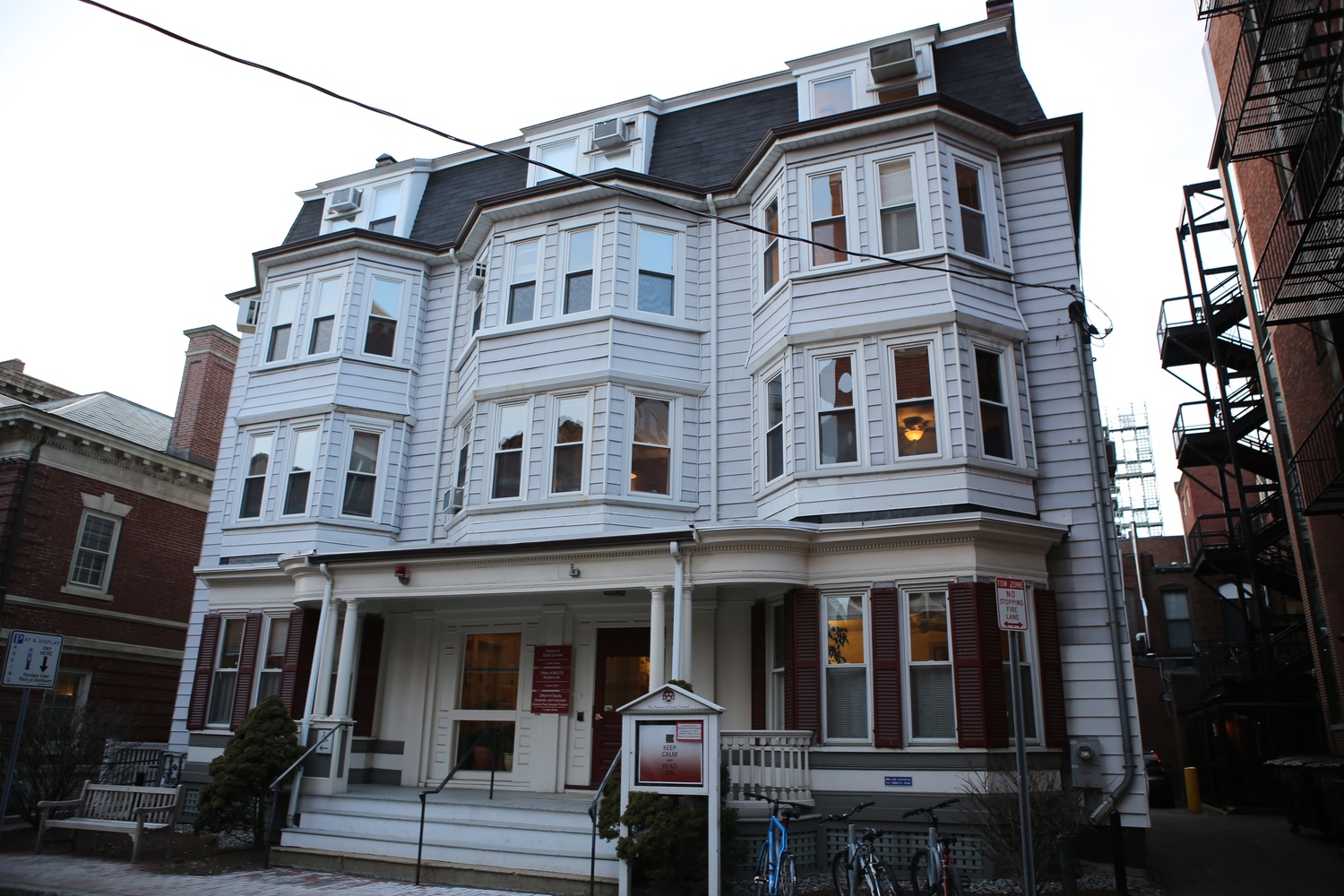 The Office for Equity, Diversity, and Inclusion. By Cynthia Guo
By Hannah Natanson and Kenton K. Shimozaki, Crimson Staff Writers

The College has named Roland S. Davis as the next associate dean for diversity and inclusion, ending a national search to fill the position that began nearly a year ago in fall 2016.

Davis, who spent his undergraduate years at Bates College before earning graduate degrees from Boston College and the University of New Hampshire, succeeds Emelyn A. dela Peña, who left Harvard for Washington University in St. Louis last October.

Dela Peña was the first Office of Student Life administrator to serve as the College’s dean for diversity—a role, created in 2014, that involves overseeing the Office of Equity, Diversity, and Inclusion, the Office of BGLTQ Student Life, and the Harvard College Women’s Center, as well as creating opportunities to increase diversity on campus.

Davis “brings to Harvard a deep and nuanced understanding of the social, cultural, and psychological factors that impact communities around the issues of diversity and inclusion,” she wrote.

Before coming to Harvard, Davis worked in various administrative positions at Bates and at Simmons College. In her email, O’Dair wrote that he was “a catalyst for change on issues of diversity and inclusion” at both schools, and added she hopes Davis will be a “thought leader” on these matters at Harvard.

Davis did not immediately respond to a request for comment Wednesday.

The search for a new College dean for diversity has been ongoing since dela Peña’s departure. A search committee selected three finalists for the position in April 2017 and invited the trio of candidates to campus, where they met with various officials and participated in a “confidential student forum,” answering questions about the job from a handful of undergraduates.

O’Dair said at the time that the College hoped to make a final decision about the position by the beginning of the summer.

Davis arrives at Harvard at a time of broader administrative shakeup. Several University officials—many of whom worked to increase diversity on campus—have left the school for other jobs in the past year, including former University Title IX Officer Mia Karvonides, former Chief Diversity Officer Lisa M. Coleman, and former director of the Office of Sexual Assault Prevention and Response Alicia Oeser.

Davis’s appointment also coincides with the implementation of Harvard’s year-old historic penalties on members of single-gender social organizations. Those sanctions—which, starting with the Class of 2021, bar members of these groups from campus leadership positions, athletic team captaincies, and certain prestigious fellowships—took effect when the current class of freshmen arrived on campus earlier this month.

During her time as dean for diversity, dela Peña worked closely with Dean of the College Rakesh Khurana on developing Harvard’s social group penalties, in particular assisting in Khurana’s negotiations with single-gender social organizations.

Though the sanctions are controversial among students and faculty, dela Peña has said her decision to leave Harvard several months later in August 2016 had “nothing to do” with the College’s attempts to regulate undergraduate social life or its critical reception.

In her email Wednesday, O’Dair also announced that the College has named Robin M. Johnson to fill the position of “Director of Diversity Education and Support.” Johnson, an academic counselor for the Bureau of Study Counsel, replaces Loc Truong, the College’s former director of diversity and inclusion programs who departed Harvard for MIT in May. Harvard will host a welcoming event for Davis and Johnson in October, O’Dair wrote.

Davis will officially start work on October 2, and Johnson on September 11.