‘Game of Thrones’ Recap and Review: Imagined Cruelty in ‘The Queen’s Justice’ 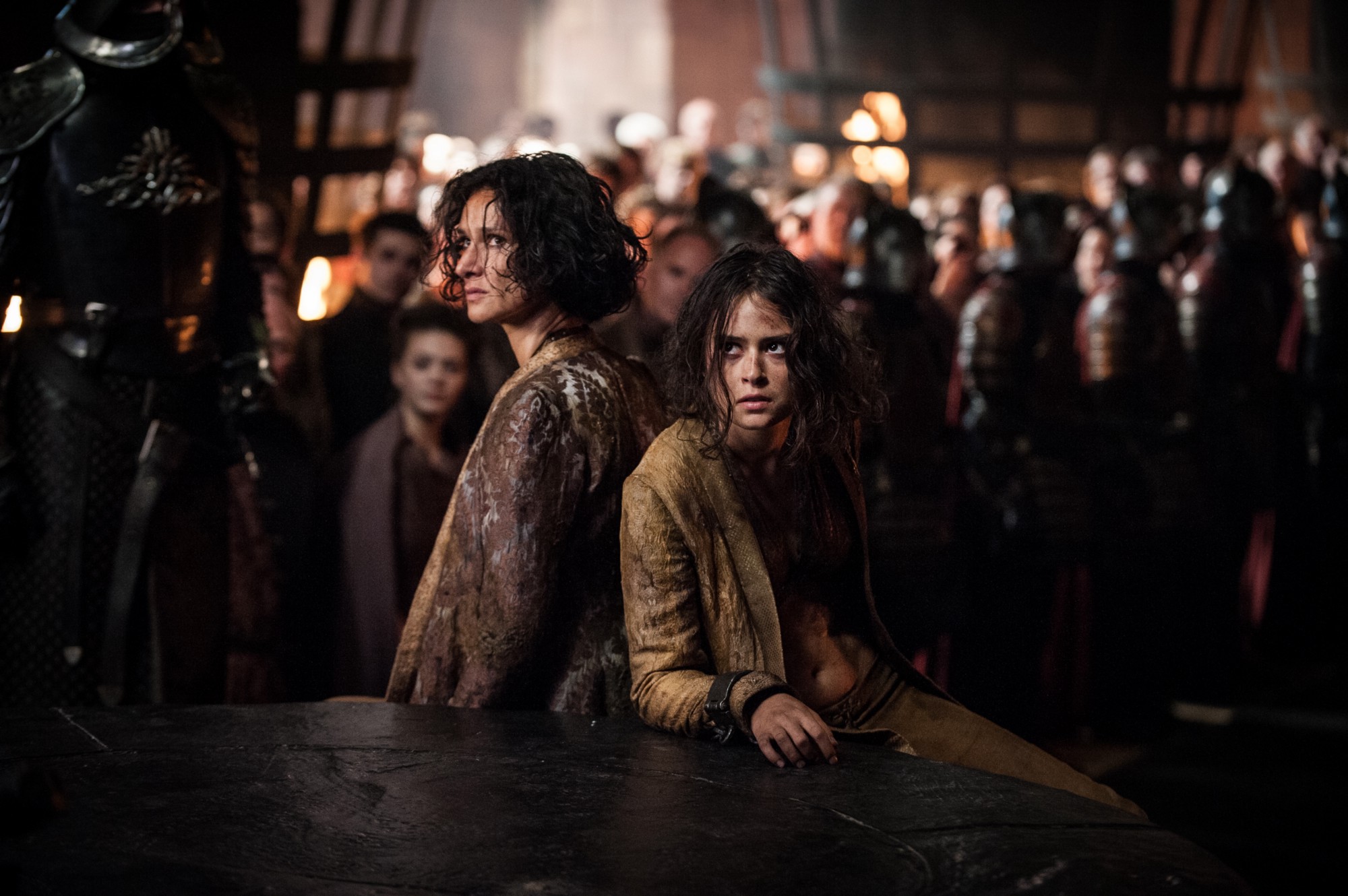 It is a point of intriguing contradiction that despite the relative lack of artists within the realm of “Game of Thrones,” the series—in particular this week’s episode, “The Queen’s Justice”—seems consumed with fleshing out the relationship between the human consciousness and imagination.

It is a particular point of ambition for such an unambitious episode. Each of its story lines can be summarized as balancing weight of the game between the two major military players. Daenerys Targaryen loses her seemingly insurmountable military advantage through the destruction of her fleet at Casterly Rock. The Lannisters pay their debts by negotiating with the Iron Bank and capturing Highgarden. Jon Snow receives permission to mine the dragonglass required to fight the White Walkers. (Jon and Daenerys also meet.) However, I would rather not focus on a banal breakdown of each of those storylines; the procedural elements of “Game of Thrones” have always been less intriguing than its bizarre stabs into philosophy and human psychology. Perhaps more intriguing is inquiring if “The Queen’s Justice” has anything to say about the psychology of its pawn-like players.

Is “The Queen’s Justice” a complex exploration into the way imagination works within its characters and its writers? Is it exploring the relationship between cruelty and creativity? When Cersei Lannister pontificates, “I lie in bed and stare at the canopy and imagine ways of killing my enemies”—should one note the clear connection between imagination and murder? Is this bastardized ideal of imagination—murder as, in Cersei’s words, “poetic”—unknowingly refracted in Lady Olenna Tyrell’s last speech? “Whatever I imagined necessary for the safety of house Tyrell, I did,” she said. “But your sister has done things I was incapable of imagining.” Is that, the creation of the unthinkable, the highest form of imagination; is “The Queen’s Justice” arguing that the objectively horrifying moment in one of the series’ most artful scenes—the bombing of The Great Sept of Baelor (an act that Olenna was unable to “imagine”)—was an artistic act, in and of itself, before the addition of lingering cinematography and cued music? Is imagination synonymous with cruelty? Is it synonymous with—as Cersei uses the Mad King's accelerant—madness itself?

Or perhaps not. Perhaps this piece of dialogue is simply, in one of the writer’s own words, “[Olenna winning] her own death scene.”

Is that—the “prize mistake: a failure of imagination”—the real currency that governs the delicate line between life and death for each of these characters? Is that “failure of imagination” what Tyrion Lannister is alluding to when he says, “I came down here to brood over my failure to predict the Greyjoy attack”? Is a failure of imagination why Daenerys's army fails? Is that what Petyr Baelish is alluding to when he monologues, “Fight every battle, everywhere, always in your mind. Everyone is your enemy. Everyone is your friend. Every possible series of events is happening all at once. Live that way and nothing will surprise you. Everything that happens will be something that you’ve seen before”? (To Aidan Gillen’s credit—the actor who portrays Baelish—these words sound far more potent when spoken on camera than printed on a page.) Is imagination then a god-like understanding of all potentialities, included within them, the depth of cruelty that can be contained within the consciousness of mankind? Even in one of the subtler moments of the episode, isn’t it the understanding of the entirety of past and present then enables Bran Stark to cruelly recall a series of events that he did not witness—to imagine—Sansa Stark’s marriage (and everything that followed) to Ramsay Bolton?

Or, perhaps Littlefinger’s lines are supposed to be a play at laughable irony (see: Sansa’s marriage to note Baelish’s prodigious powers of prediction). Perhaps Bran is present to show the ravishes of adolescence on a stable mood. Perhaps Tyrion goes to brood with Jon to place two likable misfits on the same cliff side.

If, in a certain sense, imagination becomes valued within the world of “Game of Thrones” because it has become an agent of cruelty, what does that say about the writer and the artist? What does it say about the individuals that created this world wrought out of ice and fire? What becomes of the mind that imagines the elemental imaginings of Cersei? Perhaps the more interesting question is what value does the artist have in a world where the highest form of imagination is akin to the most unrestrained form of cruelty?

Perhaps the value of that artist is the value of the gods in the world of “Game of Thrones.” As Cersei and Jaime write the future through battle, the uncreative lie rotting in the forest’s soil—refusing to envision that even the consummation of vows can turn into a bloody affair. Perhaps the imaginative share in the creation of prophecy. Perhaps the same future that the creative have built will be the same future that Melisandre predicts: a future in which she and Lord Varys both die. For who is the Lord of Light but the mind that writes?

These questions may prove valuable. They may not be. But in the moments when “Game of Thrones” is comfortable using extended runtimes to simplemindedly level the playing field for the coming fight, at least the writers provide something worthwhile to contemplate. I do not necessarily endorse or reject the position of “The Queen’s Justice” on imagination, but I do believe that these questions are necessary to consider in order to understand the schema of thematics that underpin the show. It could very well be that “Game of Thrones” has nothing intelligent to add to our understanding of imagination—but I hope, for the sake of our collective cultural imagination, that “Game of Thrones” is slightly more than dragon-porn, torture-porn, political-porn, and old fashioned, HBO sponsored, soft-core-porn.

Yet before I go, and before we watch these last four episodes of the season, it seems necessary to ask where we, the audience, fit into my suggestion about the show’s relationship with imagination and cruelty. When Jon Snow meets Daenerys Targaryen for the first time, it should be particularly apparent that the audience holds a specific role within the world of “The Queen’s Justice.”

Neither Jon nor Daenerys have the creativity to imagine what the other could be—at least, not without the pomp and circumstance that follows the respective king and queen in the form of advisors and amusingly untrimmed introductions. However, the audience transcends the limited imaginations of Daenerys and Jon—we have lived with their characters for far too long to call them “the Mad King’s daughter” and a “northern fool” respectively.

We exist, in a certain way, in the transient state beyond imagination; we have picked up, like Bran, the pieces of a past narrative and placed them into the imagined whole that we call the world of “Game of Thrones.” One can hope that cruelty will not become part of our own narratives. But perhaps that is the pleasure of watching—and not living—“The Queen’s Justice.”