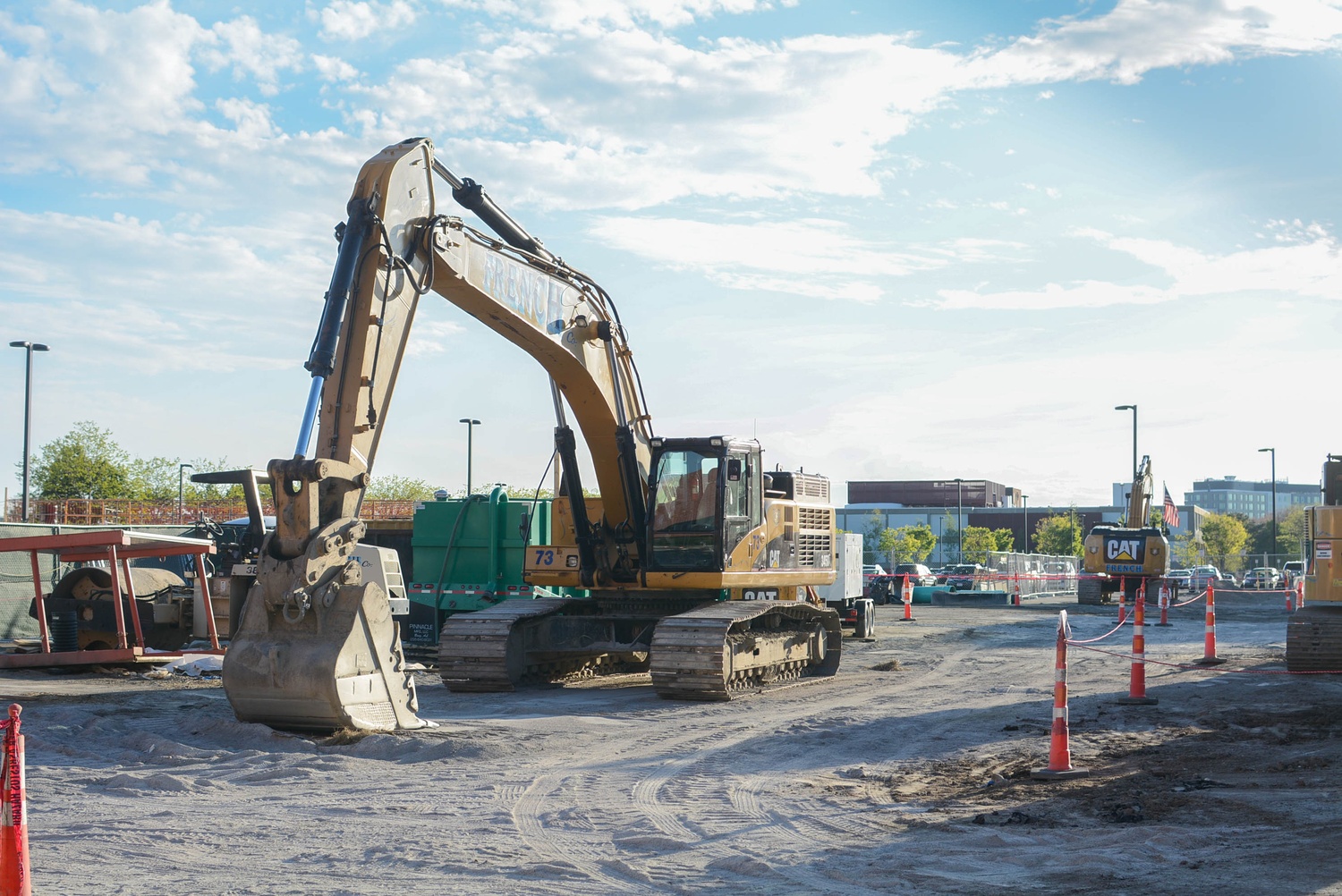 Facing the Harvard Innovation Lab, an excavator stands still on the Harvard Business School campus in May 2016. The construction site is part of the larger effort to expand Harvard's facilities to Allston areas. By Y. Kit Wu
By Lucy Wang and Sarah Wu, Crimson Staff Writers

Construction on Harvard’s long-delayed Allston campus is on schedule, with the planned seven-story steel framework of the $1 billion Science and Engineering Complex due to be completed in December, according to a University spokesperson.

Above-ground construction commenced on the site in July, and the University plans to have classrooms and laboratories ready to welcome SEAS students, staff, and faculty in the fall of 2020. Other projects in the Institutional Master Plan—Harvard’s 10-year development plan for the Allston neighborhood—are also well underway: The Lavietes Pavilion, home of the Harvard basketball team, is on schedule for renovations, as is Klarman Hall at the Business School, according to University spokesperson Brigid O’Rourke.

“There’s a lot of activity in the Allston space that we want to make sure to keep at high momentum in the year to come,” University President Drew G. Faust said in an interview with the Harvard-run Gazette, published Monday. Faust also noted that the grocery store Trader Joe’s will open a post in the Allston neighborhood of Barry’s Corner will open this fall.

In addition, Harvard may build an “arts lab” on North Harvard Street parallel to the iLab, an entrepreneurship center, University representatives said at a meeting of the Harvard-Allston Task Force in June. If this building is added to the Allston development, then it will undergo a public hearing process and be added as an amendment to the Institutional Master Plan.

With all the construction, Faust said, the University is still seeking donations for the Allston science complex, one of the unfilled “buckets” remaining in Harvard’s record-breaking capital campaign. While the campaign has surpassed its goal and raised over $8 billion with months to go, the Allston project has not met its individual fundraising goal, and the Science and Engineering Complex remains without a donor’s name.

University officials updated Allston residents on the progress of the development and presented an annual report, filed to the City of Boston in late August, at a Wednesday night meeting of the Harvard-Allston Task Force. Established in 2006, the Task Force serves as a channel for Allston residents to give feedback to both Harvard and Boston’s urban planning agency during what has been a drawn-out and frequently contentious redevelopment project.

Following the 2008 financial crisis, Faust halted construction of the Allston campus. As construction crews vacated the work site, they left behind the completed foundation of the 500,000-square foot building and uncertainty about Harvard’s future plans for the site.

During that time, many Allston citizens pushed for Harvard to be more transparent about its development plans. The University has regularly met with residents and government officials through the Task Force, and committed $43 million in a community benefits package to fund neighborhood programs and infrastructure improvements.

At its meeting in June, the task force discussed potential plans for the currently-unused 176 Lincoln Street property owned by Harvard. Since then, Harvard has issued a request for proposals for mixed-use development and indicated preference for proposals with a greater number of affordable housing units.