Portrait of an Artist: Ken Urban 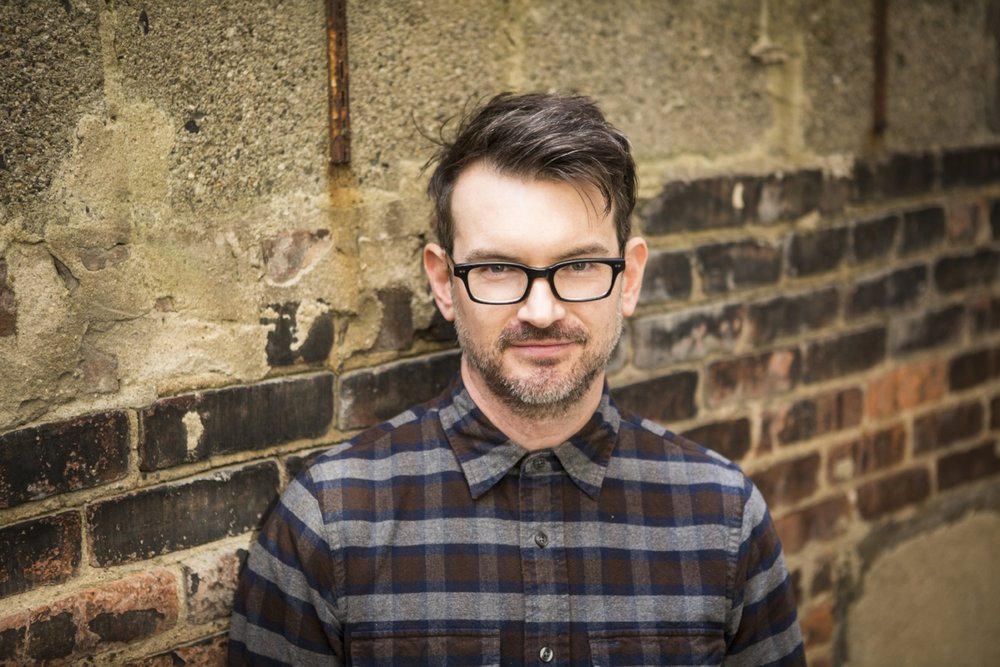 Ken Urban, playwright of “A Guide for the Homesick,” to premiere this fall at the Huntington Theater in Boston, has returned to New England to work as a senior lecturer in the department of Music and Theater Arts at MIT. The Crimson sat down with Urban as he enters the theater scene at MIT.

The Harvard Crimson: To start off, what are you most excited about starting this fall at MIT?

Ken Urban: I think theater is not the first thing you think of when you think MIT. When I was teaching at Harvard, I didn’t really know much about MIT and theater, and it seems like in the last few years it’s really grown. In 2015, they started the major in theater arts. We just opened a brand new theater called the W97 this past week, so it’s a pretty exciting time to be involved in the arts there. When I started college, I started as a chemical engineer, and during my sophomore year I began studying English and theater, so I’ve always been interested in the merging of science and theater, and it’ll be an exciting place to explore that.

THC: Why did you switch from chemical engineering to English and playwriting?

KU: My first year in college, I went to Bucknell University in Pennsylvania. I was always really good at math and science in high school and assumed I would do something like engineering. My parents sent me to Bucknell because of their engineering program. The truth is—this might be hard for your generation to understand, but—back in the day when you were eighteen you had no idea what the f*** you wanted to do with your life and that was okay. My parents said, “You should study engineering,” and I just said, “Okay.” After a year of taking engineering classes, I painfully realized that I was good at math and science, but I wasn’t good at working with my hands. They took us on a field trip to a chemical company in Pennsylvania. It was the most depressing place on earth that I’ve ever been, and I realized that I could not have a job like this. So I started flailing around trying to figure out what I wanted to study and I ended up taking a class called “African-American Drama in the Twentieth Century,” and I thought that this was what I wanted to spend my life doing and I started becoming an English major.

THC: Was there an initial spark in the class that was the moment you realized you would do theater?

KU: Yes! There’s a play called “Dutchman” by Amiri Baraka. It’s a pretty angry play and I was a pretty angry college student, so it really resonated with me. I met Amiri before he passed, and I told him about that.

THC: You’ve mentioned a marriage of science and technology to theater, and we wanted to know if you could elaborate more on that. As a playwright, how does technology inspire or impact the way you write?

KU: I’m a pretty low-fi theater artist in the sense that it’s just me and my laptop writing, but I do think a lot about design, and I think about collaborating with designers when I create plays. I’ve gotten bolder in thinking about that conversation. In that way I think a lot about technology, video productions. I’m interested in these conversations between designers and playwrights, and that often has to do with questions in technology. Also, the things I write about tend to be about technology and how it impacts our lives, so that’s another connection. This play I’ve been working on has involved a lot of interviews with biomedical engineers, and it’s been eye-opening to see how other disciplines address questions about the permission to use things. For example, I learned during my interview that when dentists remove things from your mouth, they then sell those things to companies who harvest the cells from that and sell those back to laboratories and nobody ever asks you if that’s okay. I think that we, as theater artists, always collaborate with disciplines outside our own. Whether that be scientific, or visual arts, or dance, I think it’s something that we do naturally.

THC: What was the inspiration that led you to write “A Guide for the Homesick”?

KU: I was able to interview a lot of people who had returned from Doctors Without Borders. Part of that process was just getting to know their story. Something I kept hearing was how difficult it was to come home because there was so much training for what they do when they’re in the field. They would see horrific things or have these tense experiences[,] and then they would come back to New York and they just couldn’t adjust to their daily lives. I felt like I wanted to write a play about that homecoming experience, and so that combined with my interest in what was going on in Uganda in 2010-11, with a rise in anti-LGBTQ violence, came together to help me write the play.

THC: Once a written play is performed for the first time, how does viewing the performance impact the piece? Do you make changes afterward, or is it set in stone?

KU: I’m in rehearsal a lot and make revisions with the actors and the director based on what I’m hearing and seeing. Cutting is always a good thing, because you also learn a lot about the journey of the characters and what needs to be said versus what can be unsaid. You also learn a lot when watching it with a preview audience—when people lean forward, when they’re frustrated, when they’re confused—and I like to just sit in the back and listen.

THC: Is there one aspect—either for “Guide” specifically or for plays in general—that you think should be focused on when being turned into a performance?

KU: I think it’s good to be flexible, but I also like to help a lot with checking that the rhythm of the play is right. It helps convey the emotional life for the play. Sometimes in rehearsal, I’ll close my eyes and just listen to find the emotional journey of the character, because I want that to feel as honest as possible. I go back and forth, but for example if a play has a score, I like to make sure that the score is working. Initially, I don’t focus on visual because it can be distracting. The actor will figure it out, so I listen and focus on what my contribution can be to the room. Director Colman works more on the physical, so I like to think that I’m working to make sure that the story is being told.

— Staff writer Daniel P. Rivera can be reached at daniel.rivera@thecrimson.com.