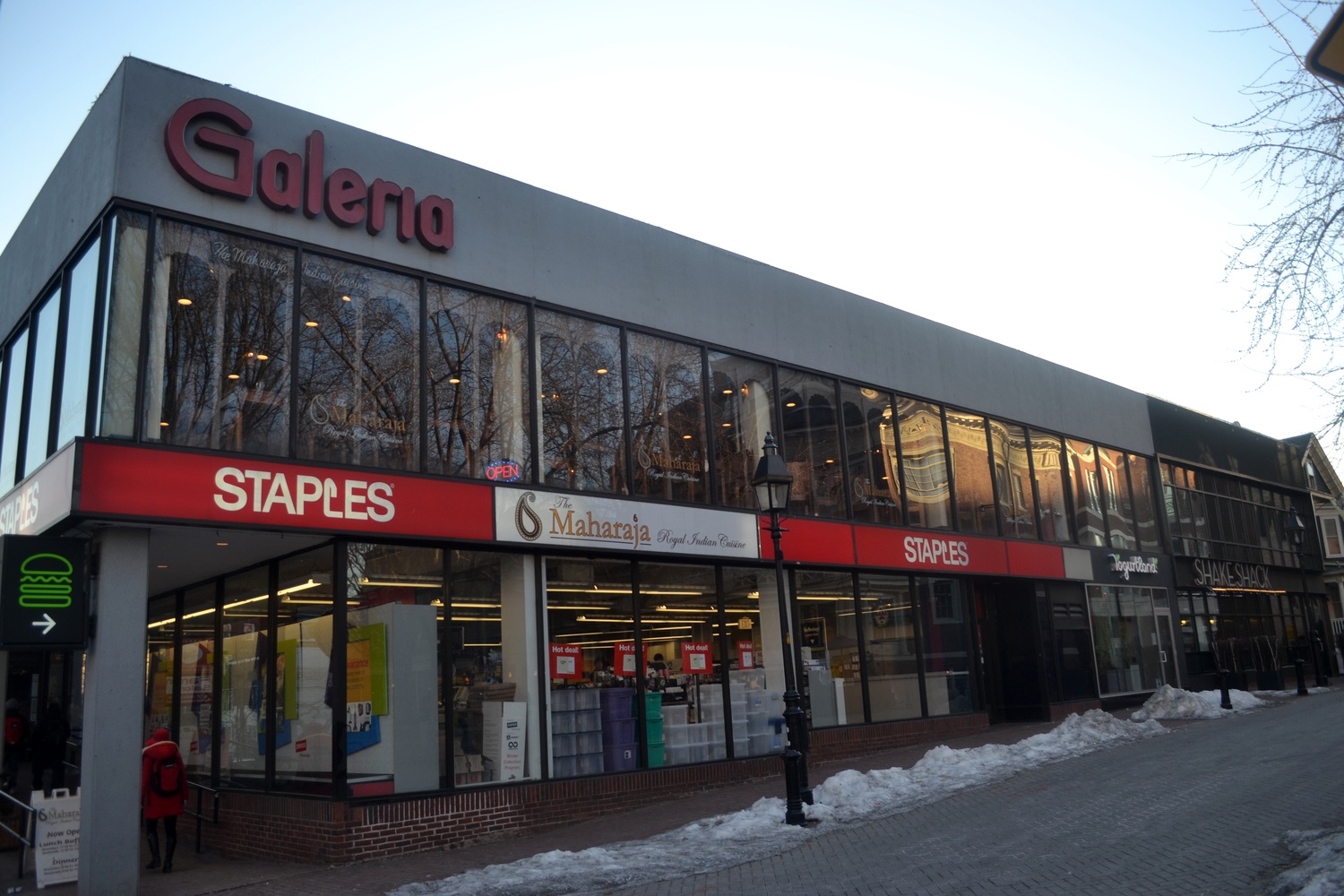 The owner of the Galeria building is suing to block a proposed marijuana dispensary nearby. By Nathalie R. Miraval
By Alison W. Steinbach and Lucy Wang, Crimson Staff Writers

A Harvard Square property owner is suing to block a proposed medical marijuana dispensary in the area, arguing that because marijuana is still illegal under federal law, the proposed Winthrop St. dispensary should not be allowed to open.

Raj K. Dhanda, who owns Crimson Galeria, filed the complaint in federal court earlier this month against Healthy Pharms Inc., a Georgetown, Mass.-based nonprofit marijuana distributor seeking to open a dispensary on Winthrop St. In the complaint, Dhanda argues that his businesses have been “substantially injured by a conspiracy to sell marijuana” and should be compensated for these losses.

In February, the Cambridge City Council modified the zoning regulations for medical marijuana dispensaries to permit potentially “five or six” new dispensaries in the city. The regulations require that dispensaries comply with state and local law, but do not, however, mention federal law.

On Feb. 28, the Cambridge Planning Board voted to permit Healthy Pharms to operate a dispensary within The Red House restaurant at 98 Winthrop St. Nathaniel L. Averill, CEO of Healthy Pharms, said at the time that the dispensary would be discreet and secure, so that only patients medically licensed to use marijuana would have access, according to the Boston Globe.

Valerio Romano, an attorney for Healthy Pharms, said that the dispensary looks forward to coming to the Square with the support of the Harvard Square Business Association.

But Dhanda seeks to stop the dispensary from opening as planned, arguing in the lawsuit that “amongst other matters, marijuana businesses make bad neighbors, which include without limitation, emitting pungent odors, attracting undesirable visitors, increasing criminal activity, driving down property values, and limiting the rental of premises.”

The lawsuit also alleges that local and state offices—including the Mass. Department of Public Health, the Mass. Attorney General, and the city of Cambridge—are “facilitating and encouraging violations of the federal drug laws by licensing and permitting marijuana businesses.”

Scott A. Schlager, one of Dhanda’s lead attorneys, wrote in an emailed statement that the case highlights the tensions between state and federal law regarding marijuana distribution.

“While this is a case of first impression in Massachusetts, at least four cases in other states that have legalized marijuana, including Colorado and Oregon, have raised similar legal claims to protect the property rights of abutters significantly impacted by marijuana dispensaries,” he wrote.

Still, Marc C. McGovern, vice mayor of Cambridge, said that he does not believe the Healthy Pharms outlet would violate any current city regulations.

“Medical marijuana is legal in Massachusetts, and the city has zoning,” McGovern said. “To the best of my knowledge, this dispensary would comply with this zoning.”

“There is overwhelming support from our political, civic and business leaders for a medical marihuana dispensary in Harvard Square,” Jillson wrote to Dhanda. “There is also overwhelming support from the residents of this community who voted 73% in favor, including residents of Winthrop Street who attended the public meetings and were quite satisfied.”