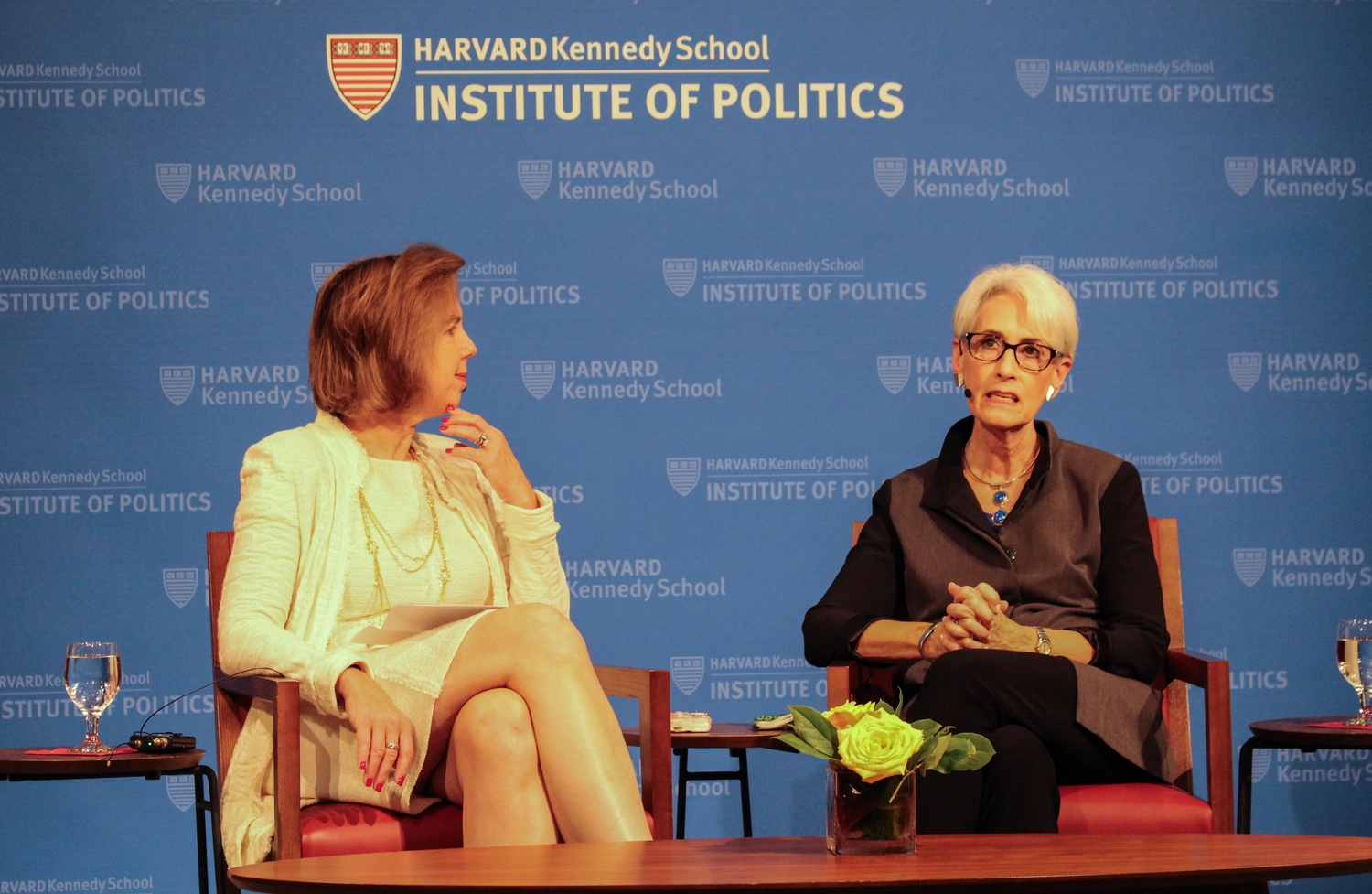 Sherman, a former U.S. undersecretary of state for political affairs during the Obama administration, will soon join the Kennedy School as the director of the school’s Center for Public Leadership. At the event, which was hosted by the John F. Kennedy Jr. Forum, Sherman said that the current political climate in the U.S. motivated her to take on her new position at Harvard.

Sherman said she believes the Kennedy school’s mission is“raising, in part, the next generation of leaders.”

As the discussion turned to contemporary politics, Sherman said it is important to consider populations affected by globalization and other social changes.

“People were concerned with losing their way of life, losing their identity, that modernity would mean they would no longer know where they stood and who they were,” Sherman said. “I think that anxiety has come to the developed world.”

Protest and speaking up, according to Sherman, are crucial to effecting change.

Sherman, who has served in a number of State Department positions, led Americanefforts to negotiate the 2015 Joint Comprehensive Plan of Action with Iran to limit the country’s nuclear capabilities.

“She talked about a broad range of problems that the country is facing, but somehow she, I think, connected them all together,” Rawji said.

Philip R. T. Gagne, an Extension school alumnus, said he thinks Sherman’s perspective on “the world and the negotiation skills of the Iranians is very acute and quite pertinent to the trends in society.”

Sherman will join the Center of Public Leadership in January 2019, replacing David R. Gergen ’67, who will remain a professor at the Kennedy School. Sherman was previously a resident fellow at the Institute of Politics in fall 2015.