‘The Romanoffs’ Delivers Despite a Poor Ending 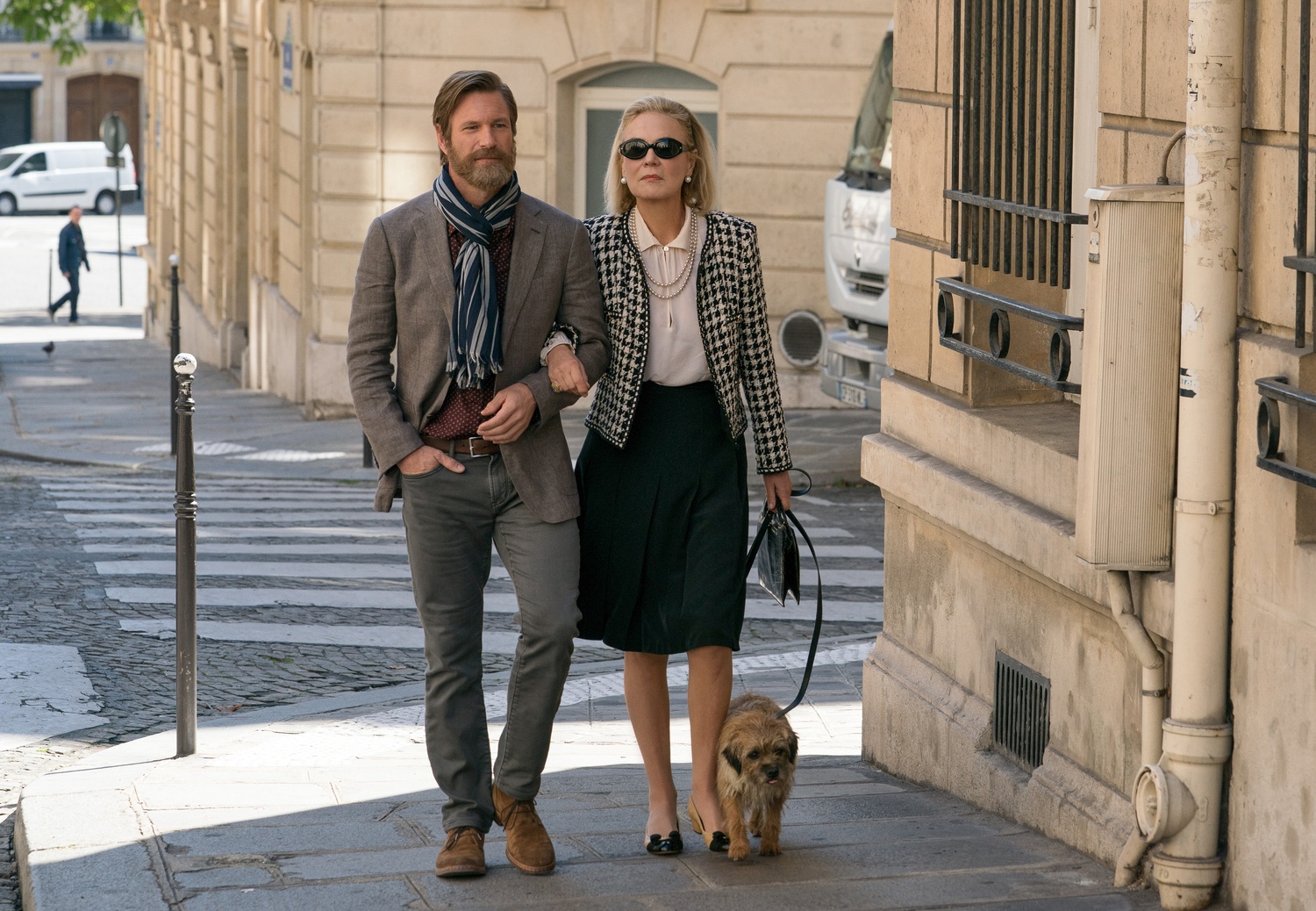 Aaron Eckhart and Marthe Keller star in "The Romanoffs" on Amazon Prime. By Courtesy of Christopher Raphael
By Kyle G. Sargent, Contributing Writer

Amazon’s “The Romanoffs” represents the latest big bet in the battle over streaming content, with a budget of $50 million for the first season alone, a star-studded cast, and Matthew Weiner of AMC’s “Mad Men” directing. The anthology series will follow fictional descendants of the House of Romanov, the Russian royal family from 1613 until 1917, who are now scattered across the globe and must adjust to dwindling wealth and status.

Episode One finds smooth-talking American womanizer Greg (Aaron Eckhart) and his social climbing French girlfriend Sophie (Louise Bourgoin) living paycheck-to-paycheck in Paris, currying favor with Greg’s aunt Anushka (Marthe Keller) in the hope of inheriting her palatial apartment. Anushka is a bitter, racist hypochondriac and descendant of the Romanoffs, who lives alone surrounded by old family heirlooms and fires a new maid every week. Hajar (Inès Melab), an implacable young Muslim woman putting herself through school, is the maid agency’s last resort. Though Anushka initially treats Hajar with contempt, Hajar’s resolve and attentiveness win her over, and their friendship places Greg and Sophie’s schemes in jeopardy. The premiere of “The Romanoffs” is tonally inconsistent with a weak ending, but it makes up for its shortcomings with strong performances, especially by Eckhart and Keller.

Greg, more complicated and ruthless than the easygoing charmer he pretends to be, is a meaty role for Eckhart. He shines opposite Keller’s Anushka, who is the perfect foil for his insincerity: Greg, always schmoozing and feigning interest, plays the concerned nephew well — but not well enough that his intentions are unclear — and Anushka is ultimately too lonely to care. After Greg’s mask comes off for a few seconds when he is alone in a restroom, Eckhart’s choices and actions reveal hidden nuance.

Keller’s performance is likewise quite effective. When Anushka is taken to the hospital following a mild fainting spell, she asks the ambulance driver to slow down that she might “see the Arc De Triomphe one last time.” In exaggerating her illness for attention, she’s done it well enough to have convinced herself, and Keller milks these lines for all they’re worth. Keller also makes Sophie and Anushka’s developing rivalry more convincing by adding a slight Oedipal suggestion to her tone and mannerisms during her candlelit dinners with Greg.

“The Romanoffs” is driven by several strong pairings and rivalries. Anushka and Hajar’s developing friendship seems implausible at times, since the deeply racist Anushka insults Hajar so often and so unforgivably. But Keller and Melab make it work, in part because Keller makes Anushka’s loneliness feel so real. Hajar, as written, is perhaps too quiet and inexpressive, but in her few true altercations with Anushka, Melab compensates by bringing enough emotions to the surface to make Hajar believable. Greg and Sophie also work well together. Bourgoin as Sophie, who is one dead aunt away from the lifestyle she knows she deserves, occasionally channels Lady Macbeth in her conversations with Greg, although her cold proposals are deliciously edged with just enough sarcasm to avoid seeming improper.

It’s worth noting that production of “The Romanoffs” has been delayed and threatened by scandal. The collapse of its production company following allegations of sexual abuse against its co-founder Harvey Weinstein and the alleged misconduct of director Matthew Weiner means the status of Amazon’s would-be flagship series has been precarious. In light of this, it seems plausible that the ending of Episode One was rewritten. Towards the end of the episode, a woman is sexually manipulated by a powerful man with an ulterior motive, and the story seems to wrap up with the understanding that he’ll get what he wants. Then it concludes in a scene so saccharine and out of character as to seem grafted on. Whether or not this is the case, the premiere of “The Romanoffs” suffers from its ending, though it is overall a strong first entry.