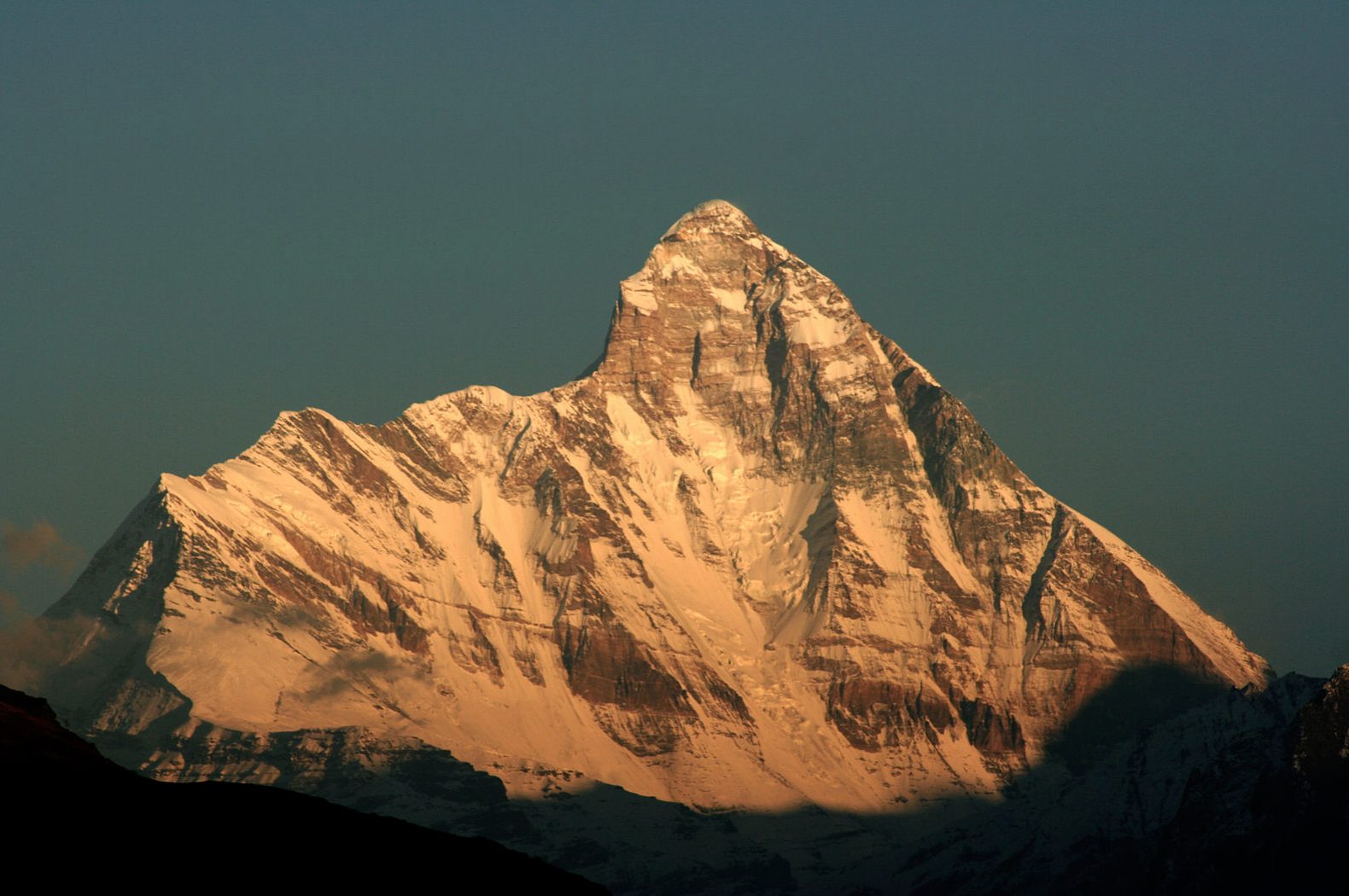 The fascination with trailblazing, with “discovery,” still persists in the club, which can sometimes romanticize the political history of mountaineering.
By Malaika K. Tapper

In 1936, Harvard students climbed what was, at the time, “the highest summit attained by man.” Four men from the Harvard Mountaineering Club, founded in 1924, joined forces with British mountaineers to ascend Nanda Devi. At 25,660 feet, it is the highest peak located entirely in what was then British-colonized India.

The Harvard men were “accompanied by 60 porters, including six veteran Sherpas from Darjeeling,” an article in the 1939 Harvard Mountaineering journal reports. “37 of the local porters deserted, forcing a further reduction in weight of supplies… A base camp was established,” the article states. “Here all the porters, save for the six Sherpas, were dismissed. The final attack began...”

As described in the article, the porters came along to assist with the climb. When the hikers ascended to glory, however, they shed the dead weight. The summit was to be the white man’s alone.

The journal observes, “The fact that the white members of the party were forced to carry 60 pound loads over very difficult country for 10 days did not appear to have ill effects on their subsequent climbing effectiveness at high altitudes.”

At the end of this hallway sits an oblong room packed with beige couches: the Harvard Mountaineering Club headquarters. Washburn Gallery is named after Bradford Washburn, a member of the club who, in the 1930s, made the group a giant in the mountaineering world. The journals and scrapbooks of the club are riddled with his signature and his photographs. Washburn remained involved with the club long after graduating Harvard, and his shadow lingers today.

In the corner is a mock Patagonia tote-bag that says Patagucci. Red, green, blue Tibetan prayer flags are strung across the ceiling, hanging limp. “These were all brought back by members of the club,” club president Vladislav I. Sevostianov ’19 says. “These were not bought on Amazon. These are the real thing.”

The room is ringed with bookshelves. The leather-bound mountaineering narratives and volumes of Alpine Journals stand in stark contrast to glossy National Geographic magazines, their patterning almost like wallpaper in relief. A few Pabst Blue Ribbon cans rest empty on the table.

The Harvard Mountaineers have met in Claverly every Thursday at 8 p.m. since the 1960s. When former members come by to regale current students with old tales, as they often do, Sevostianov explains, they don’t need help finding the meeting. Thursday at 8, just like always.

Some things, however, have changed.

When it was founded in 1924, the Harvard Mountaineering Club was a club for rich, white men. Climbing gear is wildly expensive, and early club members paid for their own equipment out-of-pocket. Sevostianov says this is why Harvard logged so many first ascents. These men felt the world at their feet. Distant peaks proved alluring targets. In the 19th century, the Harvard mountaineer held a potent mixture of confidence, entitlement, and means.

These days, the club gives financial aid to those request it, no questions asked. They’ve accumulated their own stash of gear, which members can use free of charge. Sevostianov’s vision for the club’s future is one of accessibility. Recently, the club was forced to increase the cost of a popular trip from $150 to $200. Sevostianov wants to make mountaineering more open and affordable, which he says is difficult when the club’s funding comes from a variety of unreliable sources.

The inaugural issue of the club’s journal, published in 1927, reads, “Already movements are on foot in at least two other colleges in the country to found similar clubs... and it should be a source of satisfaction to Harvard men to feel that once again, even if in this small way, Harvard has been able to take the lead.”

“A lot of the mountain ranges in Alaska are actually named by people in the club.” Sevostianov tells me. “That’s one of the cool things about mountaineering — when you climb something first you actually get to name it.”

There is something about the vocabulary of mountaineering that evokes domination, possession, and violence. Consider, for example, one 1936 article in The Times of India titled “The Assault on Nanda Devi” in which the language of warfare continues throughout the piece. Another article that year in a Singaporean newspaper was headlined “Highest Peak in Empire Conquered.” Assault, conquer. Possess.

At Harvard, the legacy of the school’s mountaineering greats is far from gone. It lingers heavy in the air, present in the gallery we enter and in the books that line the walls. The fascination with trailblazing, with “discovery,” still persists in the club, which can sometimes romanticize the political history of mountaineering.

The radiant confidence of these men is hard to scrub from the club’s culture. Still, Sestianov says the club is determined to look at things differently. “You can’t conquer a mountain, you can’t assault a mountain,” he says. “You can survive a mountain, at best. Mountains are more than we are, they’ll always be more than we are.”