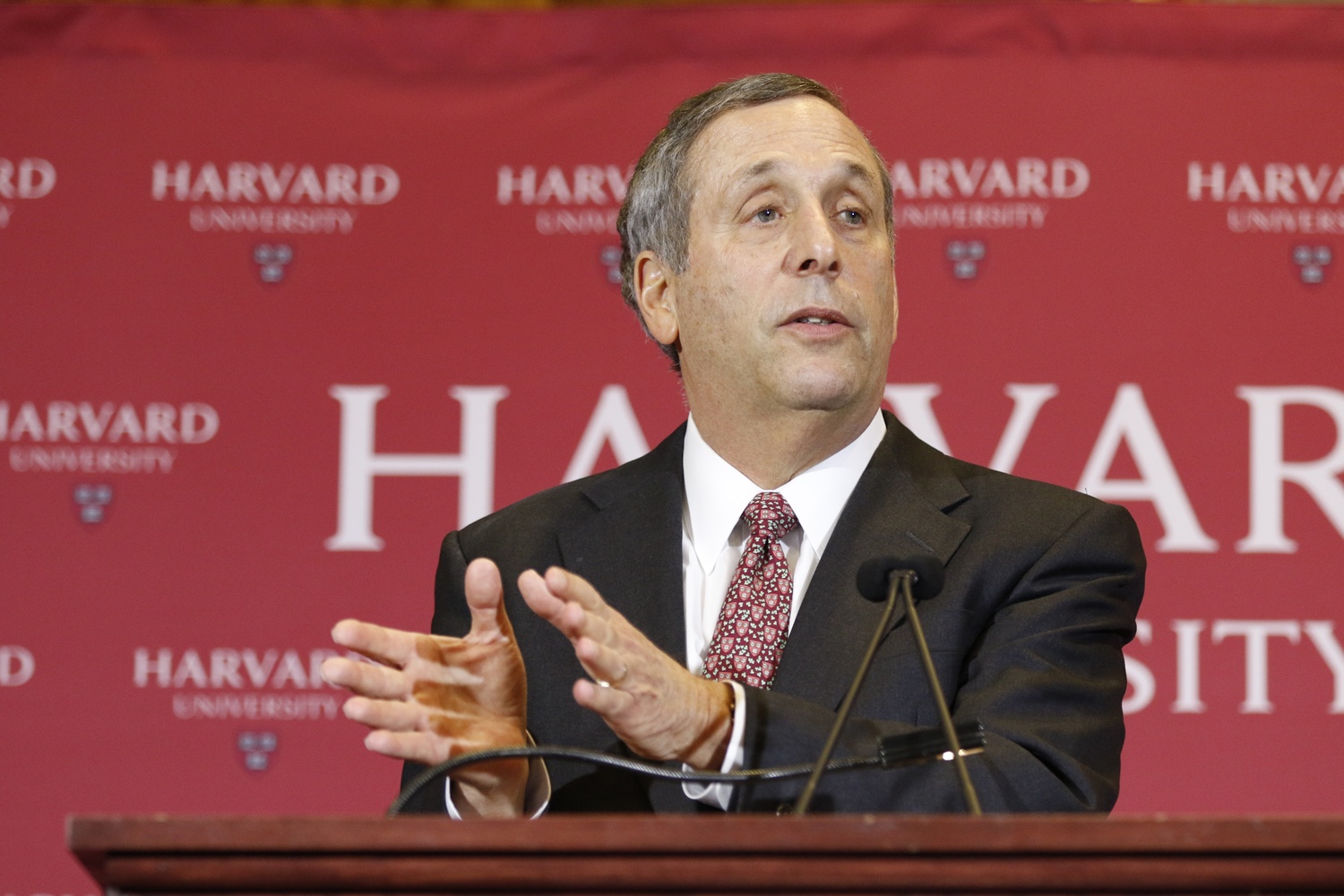 FAS Dean Michael D. Smith and Robin E. Kelsey, dean of arts and humanities, both said they are optimistic Bacow will cooperate well with the Faculty.

Smith wrote in a statement that Bacow is a “fantastic choice” and “a true friend to the FAS.”

Kelsey, who served as chair of the faculty committee advising the presidential search, said he thinks Bacow has been faculty-friendly in his previous positions in higher education.

“My impression is that he has been a very faculty-focused administrator as both president of Tufts and chancellor at MIT,” Kelsey said. “I've heard him say time and again that universities do all they can to enable their faculties to do their best work. So I'm confident that the faculty at Harvard will find him a very supportive leader.”

David I. Laibson ’88, Economics Department chair, said Bacow’s combination of experience in university governance and academic settings will make him “a terrific leader.”

Bacow previously held administrative posts at MIT and Tufts and is a member of the Harvard Corporation, the University’s highest-governing body.

“His experience in so many different important academic settings is going to be an enormously valuable asset. His knowledge of our university, which comes as a member of the Corporation and a student, gives him so many important perspectives on our community and our values and our different schools,” Laibson said.

The issue of shared governance between the Faculty and Harvard administrators surged to the forefront of Faculty discussions in the last two years when Faust introduced penalties in May 2016 targeting single-gender social organizations. In the wake of Faust's announcement, Faculty charged they had not been adequately consulted about the sanctions. In December, the Corporation voted to keep these penalties, causing some professors to assert the governing board’s involvement infringed upon shared governance.

Several professors identified the defense of a liberal arts education and higher education as a key challenge Bacow will likely face in his new role.

Stephen J. Greenblatt, a University professor, wrote in an emailed statement that he was “delighted” when Bacow was named as the next president. He wrote that he he thinks Bacow will bring a strong focus on undergraduate education.

“I have had the opportunity to meet with and observe him quite a few times over the years,” Greenblatt wrote. “He cares deeply about undergraduate education and will, I am confident, continue the strong leadership that we have been fortunate enough to have through challenging times.”

Kelsey said Bacow is likely aware of hurdles he may face on the national stage, noting that Bacow acknowledged during a press conference Sunday that higher education faces strong headwinds.

He also said that he is optimistic Bacow will support the humanities during his tenure.

“I think for Harvard to deliver the best of itself to the world would require robust programs in the arts and humanities,” Kelsey said. “I have every confidence that Larry is going to do everything in his power to keep those programs robust.”

English professor James T. Engell ’73 wrote in an emailed statement that he thinks Bacow is an “excellent choice.”

“Bacow has thought long and deeply about higher education. He has detailed teaching and administrative experience at the highest levels, all successful,” he said.

English professor Louis Menand said the future of the liberal arts education will be “important for all of us.” Menand added that, based on information he had read, he thinks Bacow has given “a lot of thought” to the issue.

“It could be exciting for Harvard to be in the forefront of the evolution of the idea of the liberal education. So that’s what gives me the most optimism about the choice,” Menand said. “He seems to be somebody who is intellectually thinking about those things and is on the path to thinking about the future.”