Faust, Professors Discuss Monuments’ Role in Bridging Past and Present 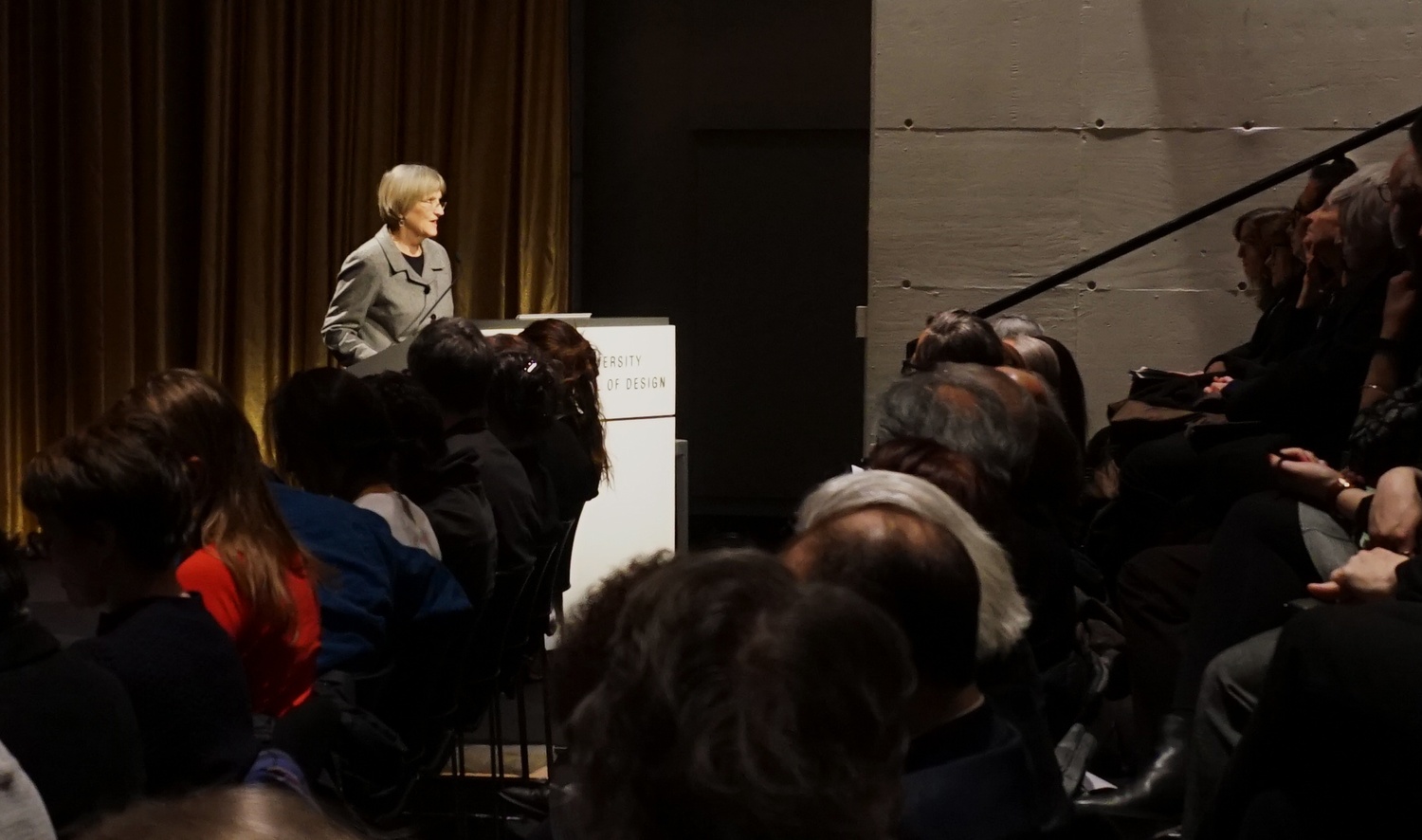 University President Drew G. Faust, who created the Harvard University Committee on the Arts, opened with a speech on the importance of monuments. By Jasiel D. Lampkin
By Cassandra Luca and Paul D. Tamburro, Contributing Writers

Monuments are central to contemporary efforts to grapple with the past, University President Drew G. Faust and several prominent humanities professors argued at a Graduate School of Design event Tuesday evening.

The event, hosted by the Harvard University Committee on the Arts and the Faculty of Arts and Sciences, focused on the politics of monuments—referencing famous monuments from the Vietnam Veterans and 9/11 Memorials to controversial Civil War tributes that have sparked recent discourse over their place in the contemporary world.

In her opening remarks, Faust described monuments as an “extremely timely topic.” A Civil War historian by trade, she recounted the origins of Confederate monuments across the country.

“In the half century after the war ended, there was a rewriting of the war as a lost and noble cause,” Faust said, explaining that monuments played a large role in that process.

Some of those monuments have been removed in recent years.

Faust ended by emphasizing the “the opportunity and responsibility of art doing the work of just memory.”

The University itself has grappled with historical links to the Civil War and slavery. Faust joined congressman and civil rights leader John R. Lewis in April 2016 to dedicate a plaque to four enslaved persons who lived and worked on Harvard’s campus in the 18th century.

Faust was followed by an array of professors who discussed the sociopolitical issues underlying monuments and the methods artists can employ to bridge the gap between the past and present.

History of Art and Architecture and African and African American Studies Professor Sarah E. Lewis ’01 spoke about issues of race in American political monuments, and proposed considering “what must have had to happen” for the Jefferson Memorial and Martin Luther King Jr. memorials to be displayed opposite each other.

“Together, the memorials function as a monument. They do what monuments do best, often without our acknowledging it: they shift us to this conditional tense. They shift us to consider this idea,” Lewis said.

Design School Professor Krzysztof Wodiczko spoke at length about his work on the Goethe-Schiller Monument in Weimar, Germany. Wodiczko focused on how animation and modern production techniques can take painful pasts and create hope for the future.

“The past cannot be changed. The light and sound of projection and one’s movement, gesture and speech animating it represent the possibility of healthier, non-melancholic life with such a past, and the potential for moving with one’s own life, having a future despite the past, however overwhelming and traumatic.”

Jennifer L. Roberts, a History of Art and Architecture professor followed, discussing the counter-monument movement, which seeks to increase viewer participation in monumental works and invert conventional monumental themes. Roberts focused upon the colorful works of American artist Spencer Finch, including a paper installation at the 9/11 memorial in New York City.

“Traditional monuments are permanent, massive, elevated, and usually figurative. Over the past 40 years, the development of counter-monumental practices has seen each of these qualities challenged and often literally overturned,” Roberts said.

Dean of Arts and Humanities Robin E. Kelsey, an art historian, then analyzed the relationship between Maya Lin’s Vietnam Veterans Memorial and photography. He analyzed how the memorial resisted the rising influence of photography in monumental architecture, while simultaneously reinventing photography through its reflective surfaces.

The presentations were followed by a panel discussion led by Professors Homi K. Bhabha and Erika Naginski.