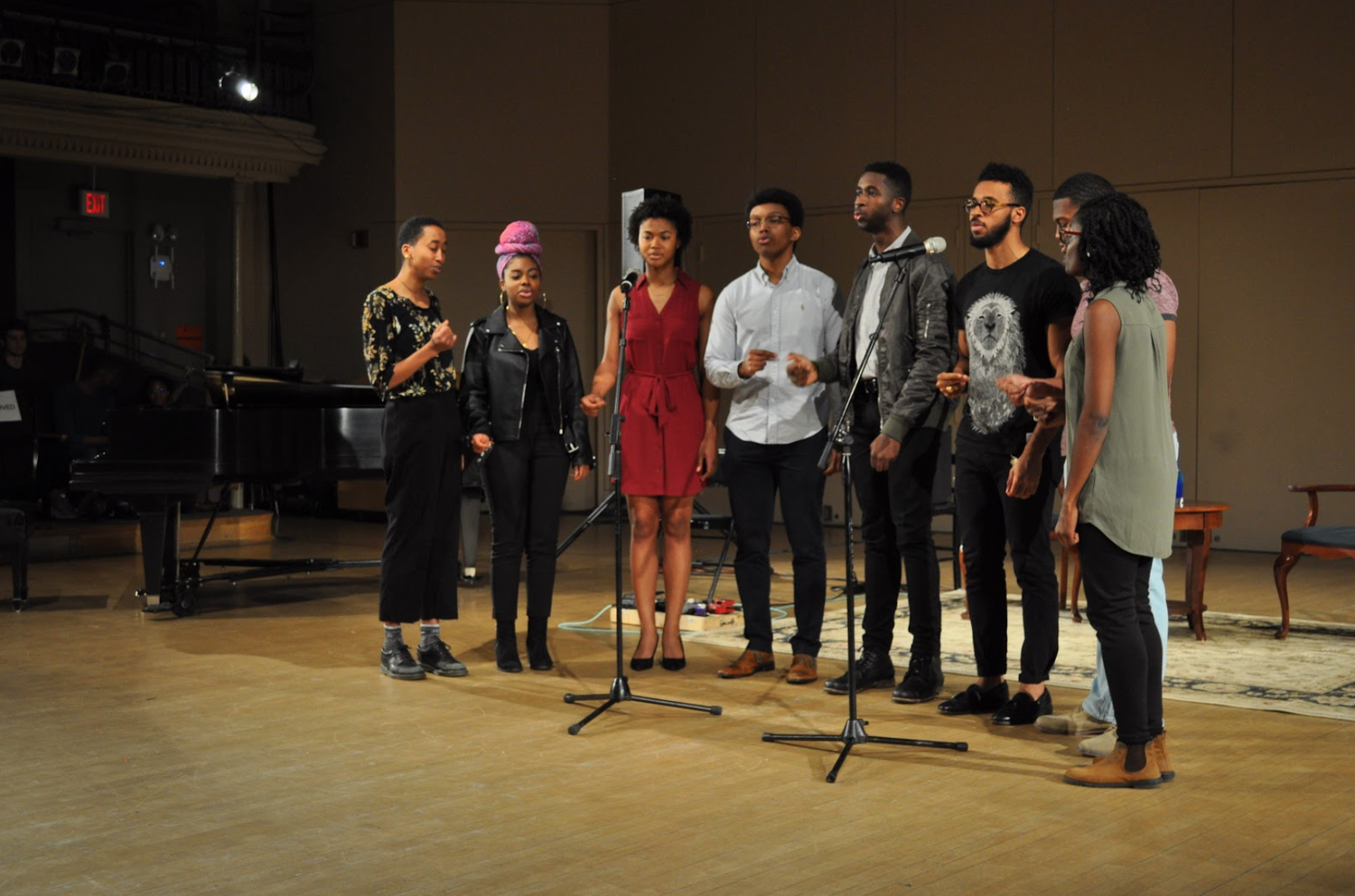 The Kuumba Singers of Harvard College’s wrapped up their 20th annual Black Arts Festival concluded with a brunch on Sunday celebrating and reflecting on a week of events dedicated to creating and celebrating work by black artists.

While Kuumba focuses primarily on song, their week-long arts festival is more broadly oriented, with topics that range from writing to film.

“I think it’s important for people to understand that Kuumba is not just a choir, BAF co-chair Olutoyin Demuren ’18 said. “Kuumba is this artistic space that is really unique of this campus.”

According to Demuren, the goal of the festival is to highlight Kuumba’s legacy—which she said began in the 1970s amid high racial tensions on campus—while connecting the work of black artists to a broader historical context.

“It’s a really involved process. You start in the spring. Then you spend the summer thinking about your theme,” Granderson said. “You’re a producer; you’re a finance chair; you’re publicity; you’re a spokesperson. You’re the face of BAF. As BAF chair or committee, you do everything.”

A particular focus of the festival is to host black artists across a wide range of skill levels and backgrounds, Demuren said.

“BAF gives voice to so many different types of art that don’t get attention on this campus and in general. It also highlights an artistic heritage for a people that have a long history of struggling but also hope and promise,” Granderson said.

Demuren added that the festival seeks to connect art with broader societal themes and highlight a variety of narratives experienced by black communities.

“There is a lot of power in art, in the creation of art, and in representation through art to represent experiences often marginalized and to show a diversity of stories that aren't always heard,” Demuren said. “Sometimes, there’s just one story that comes out off communities.”

Though Kuumba is a College-recognized undergraduate organization, not all BAF events were limited to Harvard affiliates. For example, their first event, a masterclass with Grammy Award-winning singer Jill Scott, was open to the public.

“I was really happy we were able to open [the Jill Scott masterclass event] up to members of the community because the ability for the community, and not just the Harvard community, to have access to the kind of honesty and authenticity that Jill Scott was able to produce was really powerful,” Demuren said.

Kuumba members said they thought the masterclass event, which also featured student performers and Music Professor Esperanza Spalding, was among the highlights of the festival.

“I have planned BAF, been to BAF events, and I have been to multiple events at Harvard and in the black community, but [the masterclass] is probably the most inspiring, fulfilling, emotionally raw, and honest event I have ever been to,” Granderson said. “I felt honored to be in that space as the exchange of art and humanity was taking place.”

—Staff writer Andrea M. Bossi can be reached at andrea.bossi@thecrimson.com and on Twitter @bossi147