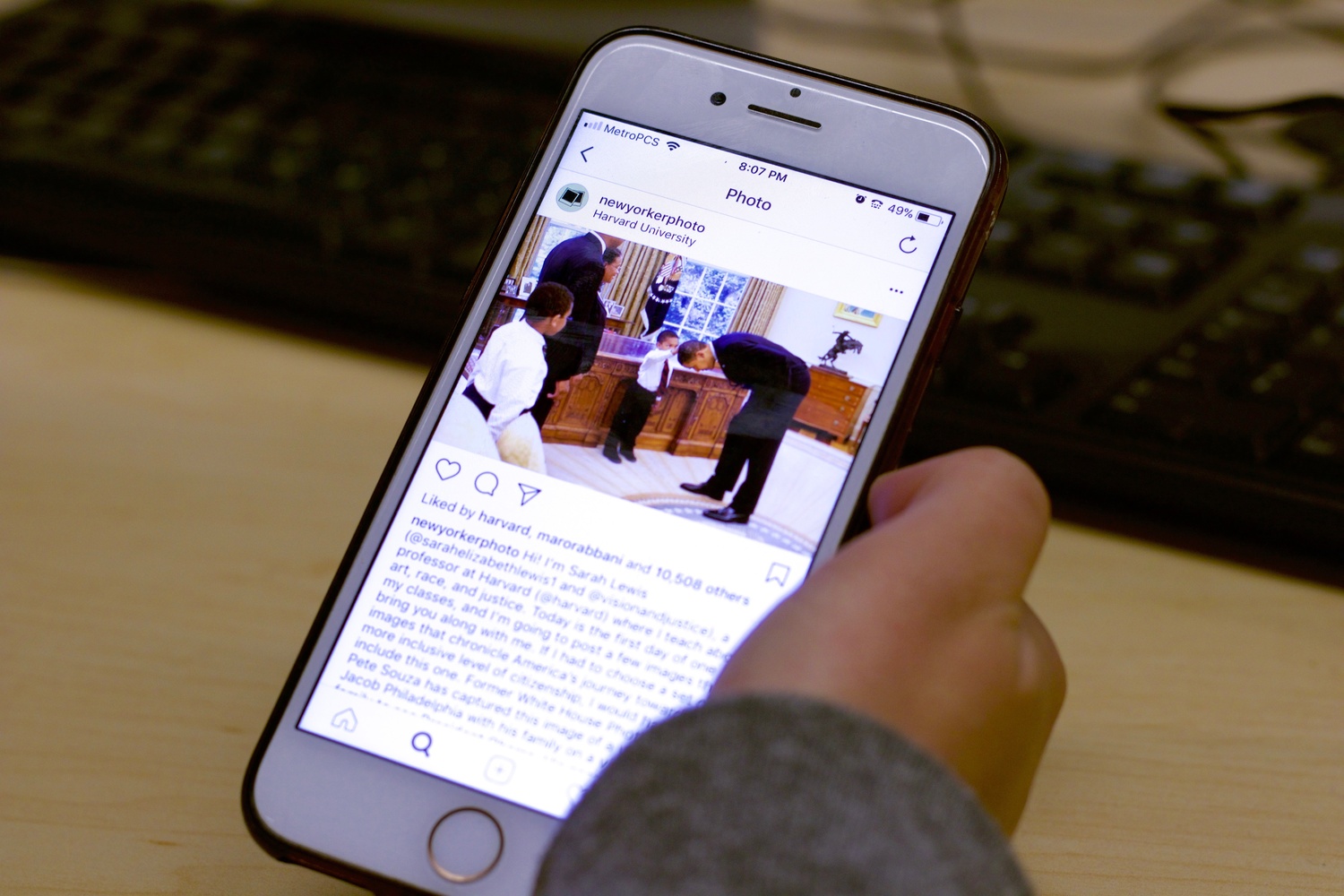 Sarah E. Lewis ’01, a Harvard scholar of race, art and contemporary culture, took over the Instagram account of the New Yorker Photo Department in late January to teach viewers about the relationship between photography and culture.

Lewis, an assistant professor of African and African American studies and of history of art and architecture, teaches the General Education course History of Art and Architecture 176e: “Vision and Justice: The Art of Citizenship.” Lewis said students in her course explore the power of visual culture in defining who is included in both American and international societies.

“I hope they leave far more empowered to believe and understand that they can create the images that can author their own identities and will be far more sensitive to those of others,” Lewis said.

For each day of her four-day long takeover, Lewis posted pictures meant to be compelling and thought-provoking for a digital audience, including portraits of famous figures like Frederick Douglass, John F. Kennedy ’40, and Martin Luther King Jr. Each one has a connection to the current day, she said.

“The New Yorker has a photography editor, Siobhán Bohnacker, who wrote an email to me asking me if I would take over the New Yorker’s Instagram account,” Lewis said, describing how the opportunity surfaced. “It came out of the blue.”

Lewis said she was reluctant to accept at first because she did not know how to make the takeover align with her goals to teach through photos. She said she realized the takeover comprised an opportunity to reach a bigger audience.

“We can all look at an image, say of racial terror like Eric Garner’s killing, and be outraged but not move to action because we all think someone else might be doing something,” Lewis said. “With this takeover, I thought about how could I reframe these images so they do have a potency, so that they do affect you.”

One of the first pictures Lewis posted was of a young boy, Jacob Philadelphia, touching the hair of former President Barack Obama. She said that, in this image, the boy is seeing that the texture of the president’s hair matches his own.

“Here you have this idea that you really can’t become what you can’t imagine, what you can’t see,” said Lewis. “You have to ask yourself what has culture presented to him at the age of five already such that he needs confirmation that his dreams are valid, that he can rise, ultimately, to become the most powerful person in the United States, running the country.”

Lewis said much of her inspiration and passion stem from her grandfather’s experience in the 1920s. He was expelled from high school for asking why the template for success always looked one way and was missing narratives of non-white success, she said.

“Citizenship in the United States is defined in 1790 as whiteness, being male, being able to hold property,” Lewis said. “The current-day definition is far more vast and broad.”