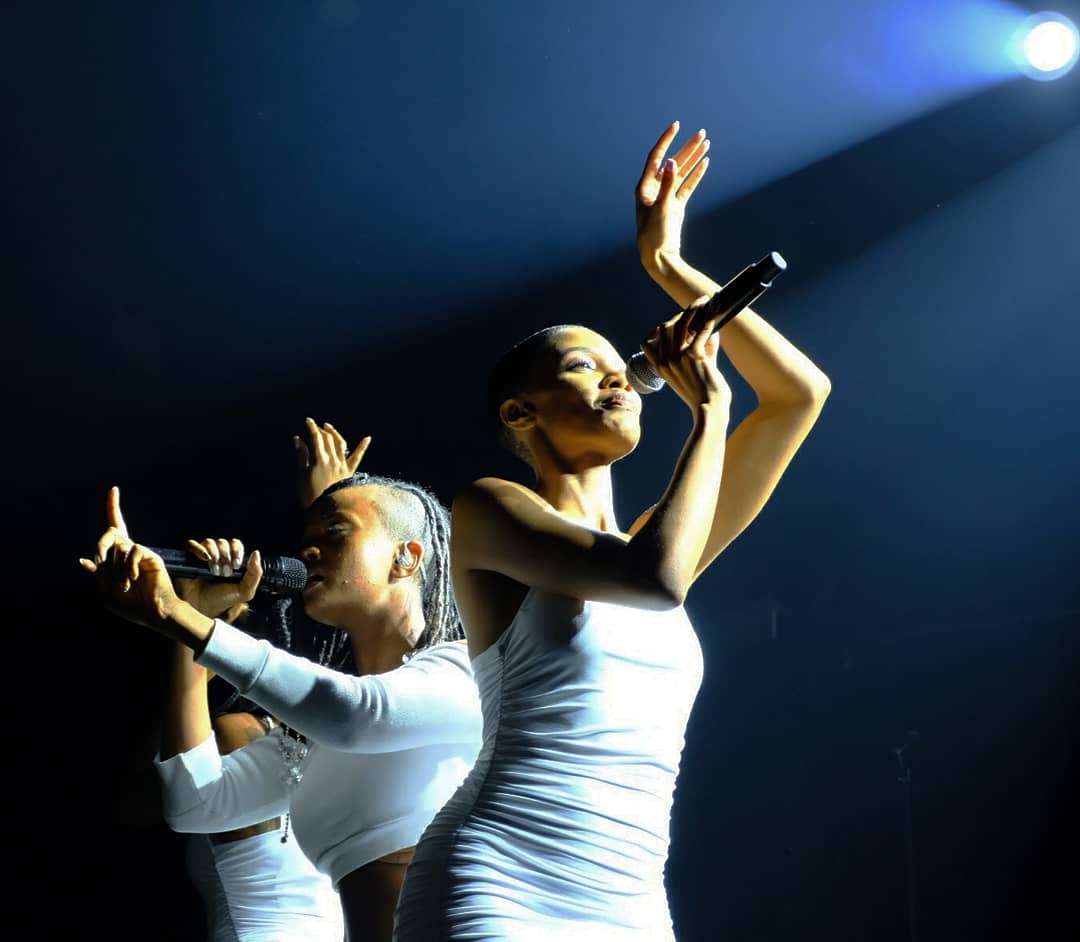 A beam of white light cut through the darkness of Boston’s Royale Nightclub on Feb. 26, ethereally illuminating Kelela’s silhouette. Clad in a white crop top and flowing, high-waisted pants, the singer’s crooning of the opening notes to the song “LMK” could just barely be heard above the screams in response to her mystical materialization onstage. In just seconds, the electronic R&B songstress transformed the venue’s unadorned, black stage into a deeply intimate musical spectacle. The combination of her candid presence and command of the stage made the Boston stop of her “Take Me Apart” tour feel particularly unique, almost like the audience was being let in on a secret.

Kelela’s entrance followed an impressive opening set from R&B singer-songwriter-producer Tiffany Gouché. The charismatic, California-born performer played impressive new singles “Dive” and “Down,” as well as favorites from her 2015 EP “Pillow Talk.” Gouché’s musical style calls to mind singer Lauryn Hill, so it came as no surprise when she brought the house together for a sing-along of “Killing Me Softly,” the cherry on top of a smooth and captivating performance.

Kelela, in body and voice, is the conductor of an electronic orchestra of one. She commands the lights, sound, and back-up singers with just the movement of her arms. Her performance mimics breathing, expanding at each chorus and contracting at each verse. Nowhere could this be better observed than in the song “Blue Light,” from her debut studio album “Take Me Apart.” Bathed in a soft blue glow, Kelela stood still, save controlled movement of her arms. The background music and harmonies crescendoed in approach of the chorus, her arms outstretched in front of her, palms facing upward and rising. Delivering the final line of the verse, “I cop my keys and I’m out,” the singer pushed her arms to the sides and the single, blue spotlight exploded with the beat of the chorus into beams of white light probing the stage like searchlights. The singer pulled her arms to her body and the effects and sound followed, returning to the quiet blue spotlight of the verse.

“Take Me Apart” is an invitation into Kelela’s personal life, a topic she does not shy away from live. Not every song came with an introduction, but those that did displayed the singer’s conversational nature. “I wanted to let him know that I knew he was bullshit,” she mused about an ex as she introduced the song “Bluff,” provoking an eruption of laughter and cheering. She added, “I wanted to let him know that I was still fuckin’ with him anyway–and that I still had his back. As we do.” At one point she swept the prismatic, crystal beads at the ends of her hair over her shoulder, the sound prompting cheers of admiration from the audience. “I love y’all,” she laughed, shaking her hair in front of the mic to amplify the sound.

She combined nearly every song on “Take Me Apart” with a few tracks from previous works, creating a setlist of new and old that stylistically split the show in half. The opening half featured celestial, melodic arrangements of songs like “Blue Light” and “Better,” their mellow tones washing over the room one after another like waves. “Remember I told you that we would be closer,” she hummed in her captivating head voice in “Better,” “if we took some time further apart.” Soft orange light complimented the harmonies of the melancholy tune. The vibe of the performance, however, took a turn at the halfway point: “Let’s get lit,” Kelela announced. The arrangements picked up in speed and intensity, most notably for songs “Take Me Apart” and “A Message.” Her final number, before a brief encore, transcended all the rest. In a breathtaking rendition of “Altadena,” Kelela let loose a string of powerful vocal riffs all underscored by the beautiful, repeated lines, “Nothing to be said or done, it’s not just me it’s everyone.” The lights warmed her face as the music faded out—a fond farewell to her confidants for the night.