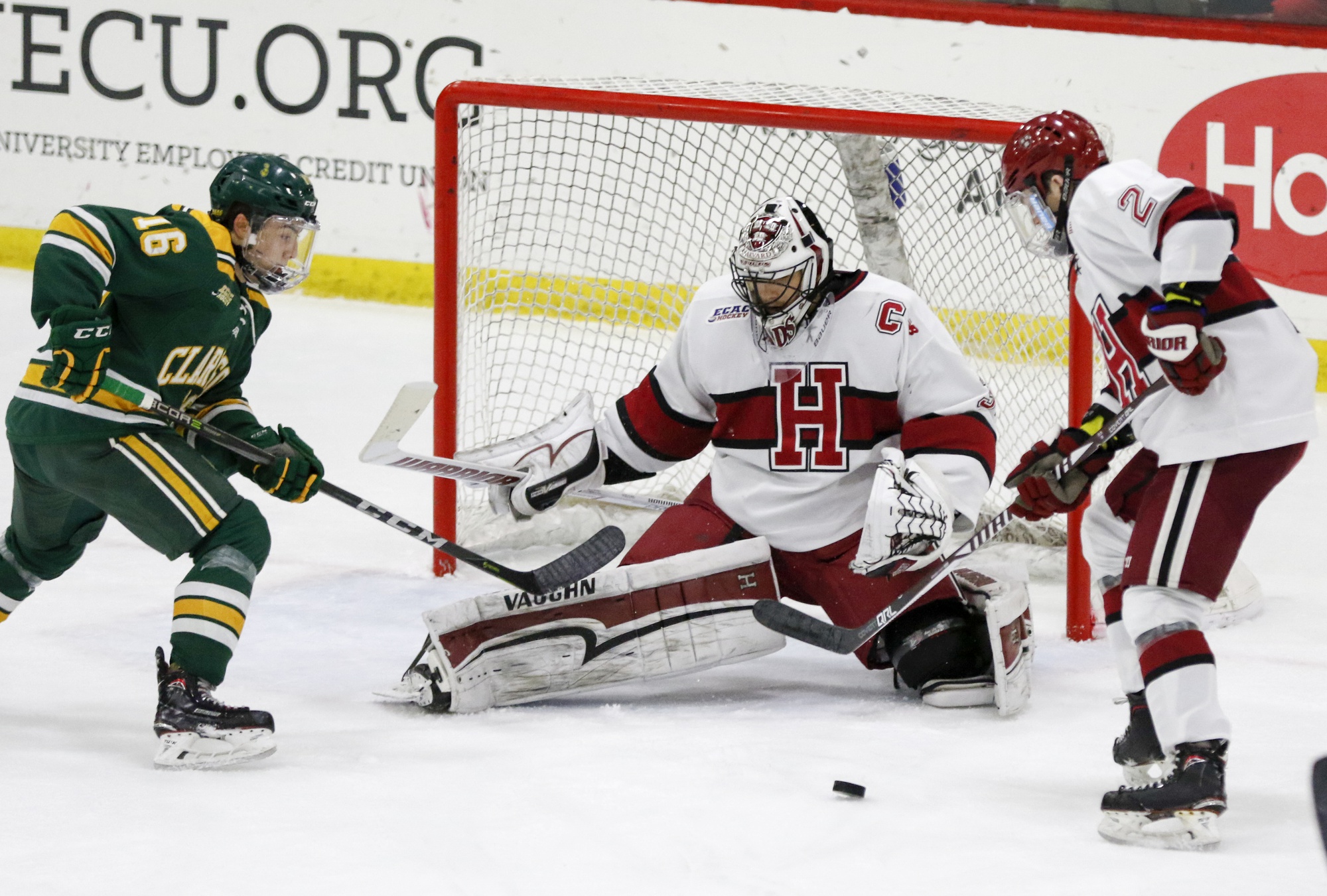 Madsen proved his mettle as the team closed out its regular season play at home against Clarkson, saving 29 of 30 shots (.929 SV%).
By Spencer R. Morris and Stuti R. Telidevara 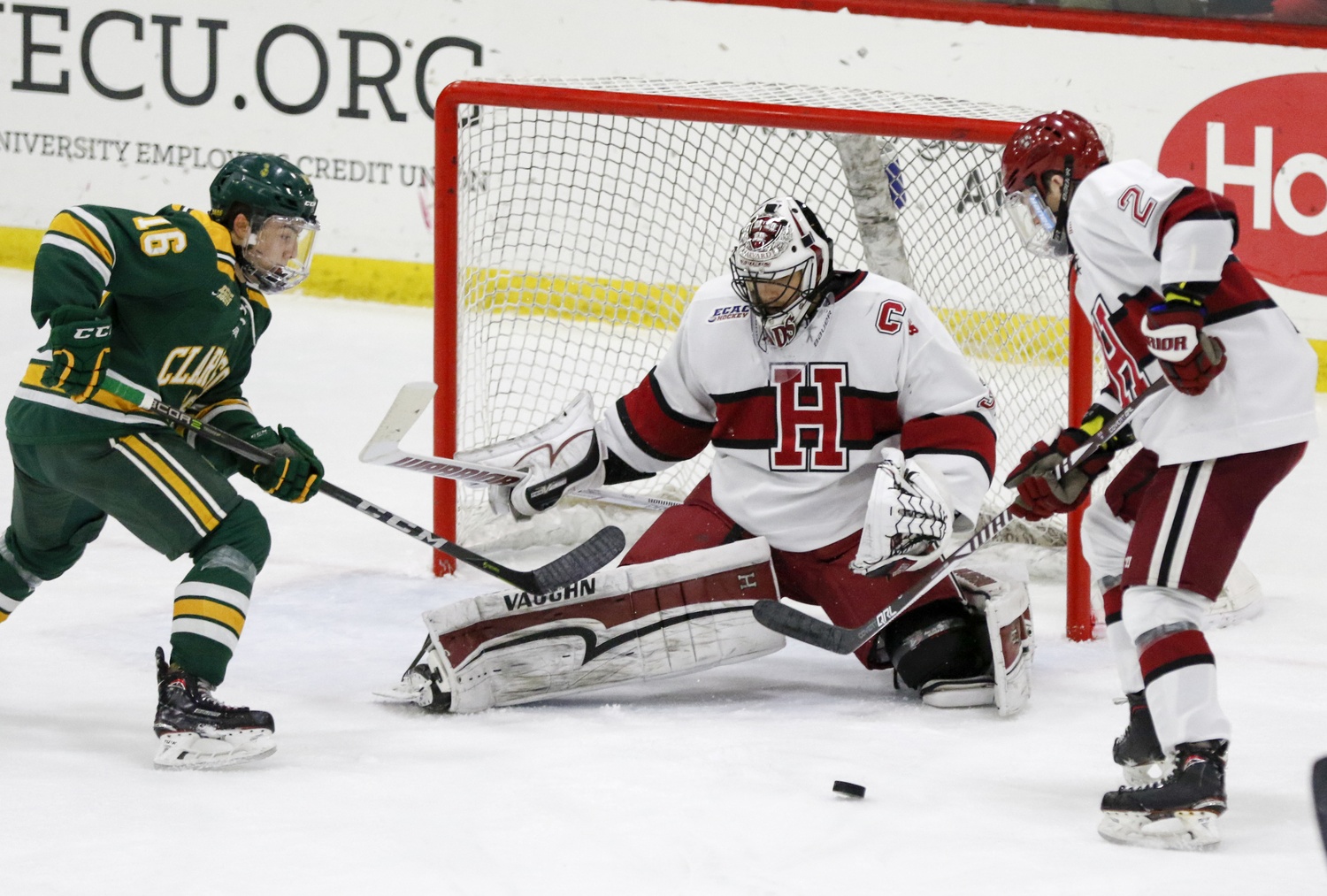 Madsen proved his mettle as the team closed out its regular season play at home against Clarkson, saving 29 of 30 shots (.929 SV%). By Timothy R. O'Meara

Tri-captain goaltender Merrick Madsen of the Harvard men’s hockey team has signed a two-year entry-level contract with the Arizona Coyotes organization of the National Hockey League, according to a statement released on Tuesday. The senior is the first member of the Class of 2018 to announce his future plans since the Crimson’s season ended after a 5-4 overtime loss to Clarkson on Friday. Madsen was a sixth-round 2013 draft pick (162nd overall) of the Philadelphia Flyers, and had his rights traded to Arizona in June 2017.

"[Madsen] is a big, skilled, athletic goaltender," said Coyotes general manager John Chayka in a press release from the team. "We're pleased with his development and excited to have him signed."

There’s no denying that Madsen will go down as one of the program’s greatest goaltenders. As a junior (28-6-2, 2.11 GAA, .923 SV%), he started all 36 of the Crimson’s contests and rode a 16-game winning streak, the longest of any Harvard net-minder, all the way to the team’s first Frozen Four appearance since 1994. Beyond his sturdy 2016-2017 performance, Madsen’s total body of work will leave a lasting mark on the program’s record books. In terms of career numbers, he will finish first in save percentage (.924%), second in shutouts (10), third in wins (56), and fifth in goals against average (2.12).

In his final season wearing the crimson, Madsen experienced both ups and downs. The ECAC semifinal loss that ended Harvard’s 2017-2018 campaign—a back-and-forth affair with plenty of drama—perfectly captured Madsen’s year as a whole. The net-minder (23 GS, 10-10-3, 2.27 GAA, .918 SV%) looked unbeatable in some matchups, registering three shutouts on the season and anchoring his team. But he also put forth a series of pedestrian starts.

Coming off such a stellar junior season, Madsen looked to be the obvious starter for Harvard but was nonetheless forced to earn his spot in the cage while junior Michael Lackey vied for ice time. Despite the ups and downs of the year, though, Madsen is confident that the goalie battle did not affect his career prospects—if anything, it gave him a flavor for a normal depth chart between the pipes. 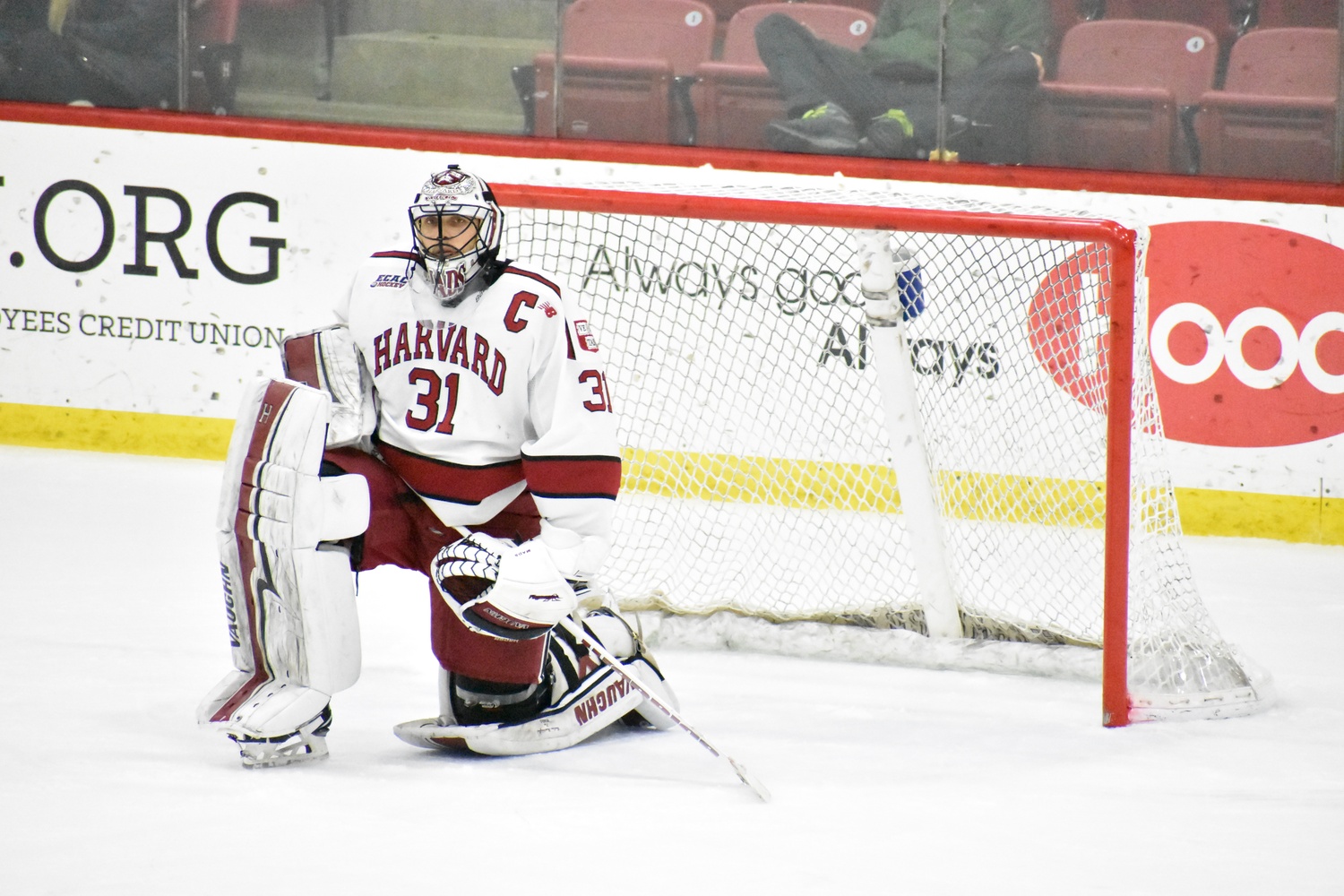 Like the rest of the team, Madsen looked even sharper in contests at Bright-Landry. The senior finished with a stingy 1.74 goals against average and .934 save percentage in 12 home starts this year. By Amanda M. DiMartini

“It’s healthy competition,” Madsen said. “If I didn’t have Lackey, or [sophomore goaltender Cam] Gornet...on my heels, it’s easy to get complacent…. I’m thankful that they were there.”

Throughout the course of the campaign, the team fell into multiple ruts, jeopardizing Madsen’s starting role. As an experienced backstop and key leader for the Crimson, Madsen was challenged by coach Ted Donato ’91 to both elevate his on-ice play and hone the mental toughness required of elite goaltenders.

“There were times this season when I felt like I was kind of out of it,” Madsen said. “Having to find a way to get back into it is not a super easy thing to do, especially as a goalie. So I thought I came a long way in finding strength in my game.”

An exodus of seniors is the norm once the Harvard season comes to a close. Though Madsen is the first fourth-year to sign a professional contract, his announcement comes just one day after junior Ryan Donato skated in his NHL debut for the Boston Bruins.

Despite the departure of both talent and leadership—this year’s group had three senior captains—Madsen is confident that the team will continue to find ways to win. 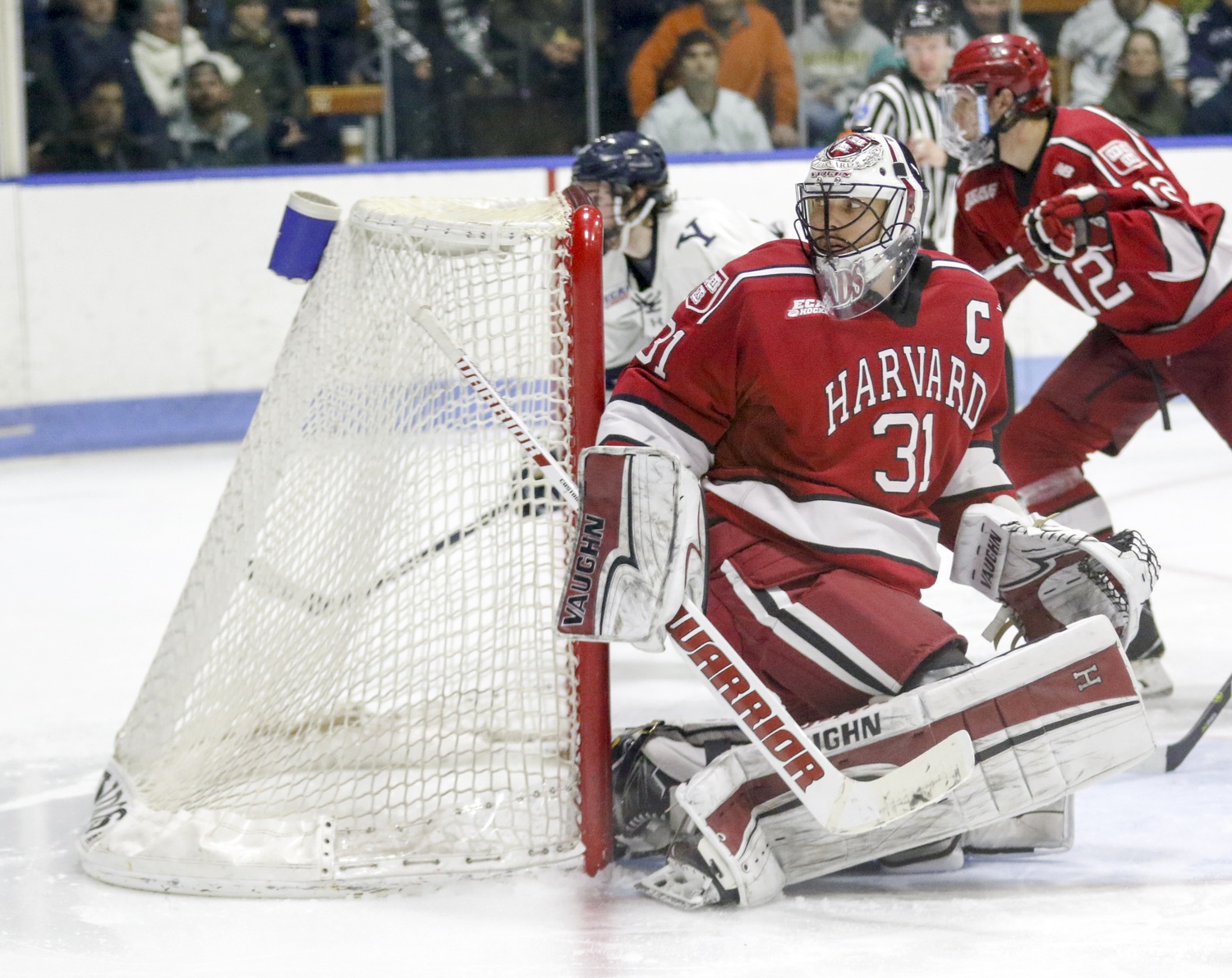 Aside from his steadying presence in the net, Madsen will be missed for his part in the team's leadership core. By Timothy R. O'Meara

“The next group of guys will have a really strong leadership core,” Madsen said. “We’ve got guys that have played a ton of games, whether it’s [juniors] Lewis Zerter-Gossage or [Michael] Floodstrand…. We saw this year that a lot of the underclassmen, even, were some of the leaders on this team.”

While Madsen plans to graduate on time, the statistics concentrator departed for the Coyotes’ AHL affiliate, the Tucson Roadrunners, on Tuesday afternoon. Thus far, he has received no promises about appearing in the NHL but knows that call-ups can be sudden and life-changing.

“Now it’s the hard part of actually trying to make it work over a longer period of time,” the backstop said. “If…[professional hockey] was my opportunity, I think I would take it. But obviously, having a Harvard degree, I know if it didn’t really work out the way I wanted to, I have something I can come back to.”

Not the worst of fallbacks. For the time being, Madsen will give professional hockey his all. But regardless of where he ends up, one thing is certain: Merrick Madsen was an instrumental component of the Harvard hockey program’s recent success and resurgence back onto the national stage.