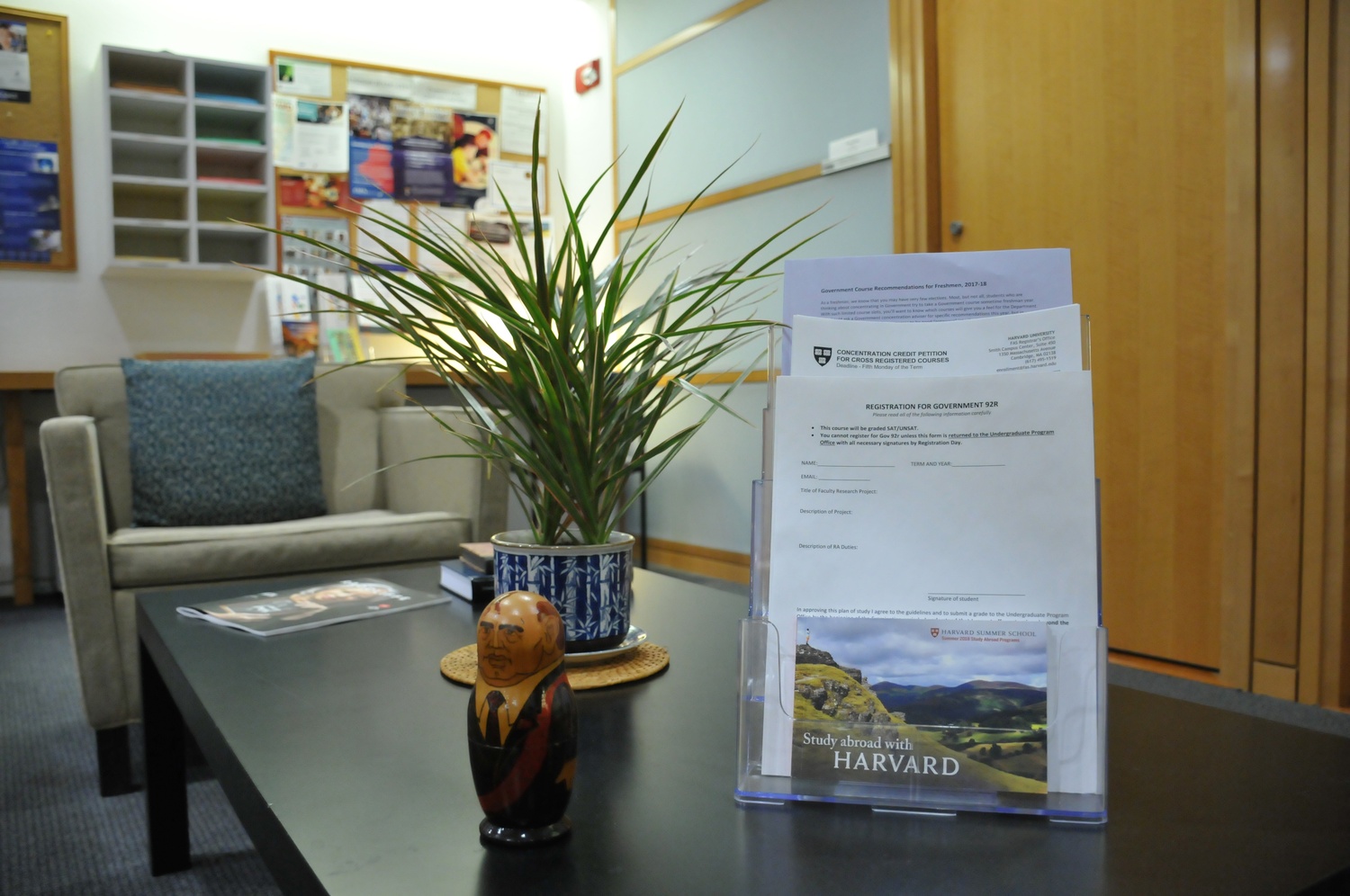 Government department chair Jennifer L. Hochschild announced the meeting in an email sent to students earlier this month that detailed several initiatives the department had taken in the wake of the allegations against Dominguez. In early March, The Chronicle of Higher Education reported that at least 18 women are accusing Dominguez of sexual misconduct. Administrators had once before published Dominguez for alleged sexual harassment in the 1980s, but that did not prevent the professor from gaining multiple administrative positions at Harvard in the years since.

In the wake of the articles, Dean of the Faculty of Arts and Sciences Michael D. Smith in early March placed Dominguez on administrative leave while the University investigates the allegations. A few days later, Dominguez announced he would retire from all administrative positions immediately and would step down from his teaching job at the end of this school year. Dominguez is on sabbatical this semester.

Professor Steven R. Levitsky, who will co-chair a newly created “climate change committee” along with Hochschild, was also present to answer questions. The department established the committee earlier this month, directly following reports about Dominguez, in an effort to investigate climate issues within the department.

In an emailed statement after the event, Hochschild wrote the committee will focus on handling fallout from the Dominguez accusations going forward. She wrote the committee plans to report on its progress at some point before the end of the semester.

“Our activity at this point focuses on a new Climate Change Committee, chaired by Professor Steven Levitsky, and including faculty, students, and staff,” Hochschild wrote. “The Committee is beginning its work to frame an agenda of the most important changes to pursue, and it will create working groups to address that agenda.”

“I mean, I’d like it if the committee had a little bit not structure, but I get it, because people are just starting out,” Sokoloski said. “I mean, things feel much more urgent to undergraduates, who are only here for four years, as compared to faculty, who are usually here for much longer than that.”

“I’m encouraged by the tonal shift that seems to have taken place, especially amongst professors who are now also aware that this is actually an issue,” Sokoloski added.

Attendee Rocket Claman ’21, who is considering concentrating in Government, said she hopes the department will continue to remain transparent in its efforts to address climate issues.

“I know a couple of the people who are going to be on the committee who are students, and they seem very passionate and driven towards correcting this cultural issue, specifically within the Government department, so that gives me a little hope that they will actually drive the professors to get stuff done,” said Claman, an active Flyby editor.

The department held a separate meeting for faculty and Ph.D. students on Tuesday.