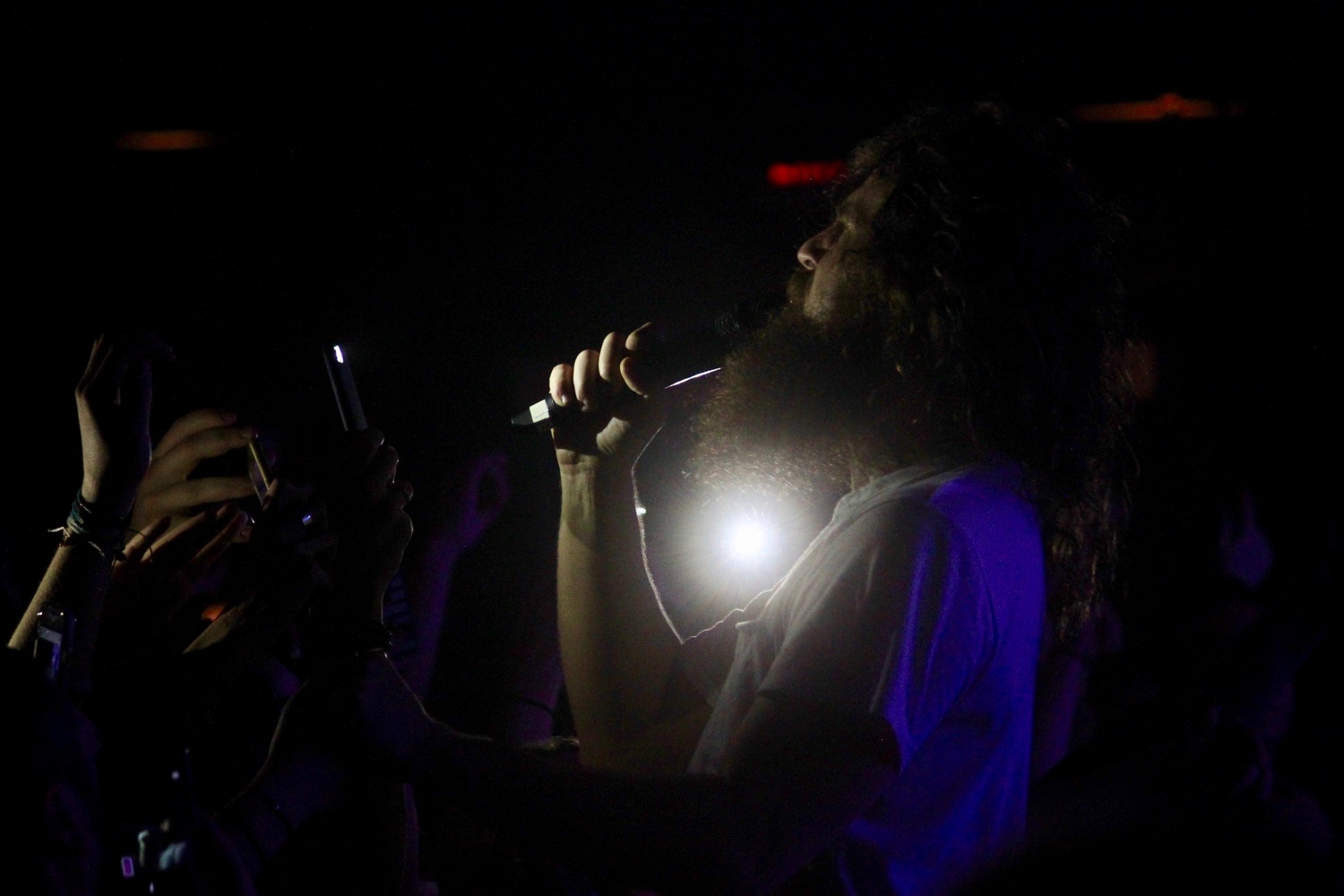 Kevin Saurer of Hippie Sabotage performs at their concert at House of Blues. By Casey M. Allen
By Lucy Wang, Crimson Staff Writer

With a band name like “Hippie Sabotage,” one might imagine bluegrass music from tree-hugging, long haired, tie-dye t-shirt clad members. While the appearances of the brother-duo Kevin and Jeff Saurer more or less fits that image, the artists engaged the audience dynamically with their music at their Mar. 2 concert at Boston’s House of Blues.

Like other EDM artists, Hippie Sabotage accentuates the bass in their music. But where other artists often have electronica sounds, Hippie Sabotage interlaced their music with varying instruments and voices instead. At the House of Blues, the crowd was clearly dedicated to the band, and Hippie Sabotage knew it, too—they dropped off and gave the crowd the chance to fill in measures of almost every song, and the audience never failed to shout the lyrics.

Hippie Sabotage’s take on Halsey’s “Gasoline,” which took a few lines from the lyrics of “High Enough,” is much better live than on recording. The recording lacks personality and sounds repetitive, while the the crowd’s anticipation of the popular song live brought out an otherwise missing energy from to the song. In their cover of Tove Lo’s “Habits (Stay High),” the Sauerers stood back and let their music do most of the work to engage their crowd.

Though the duo usually stands out because of the production and rich sounds in their music, “Different” contains a more thoughtful message in its lyrics. They say, “But the world never change when you wanna change/ And the people never say what you wanna say/ So go and live your life like you don’t give a fuck.”. The soft sounds add a relaxed feeling to the song, further reinforcing the band’s carefree attitude.

Just as the electronica dance vibes seemed to plateau and slow down, Jeff whipped out a guitar for a skillful and mellow performance of “Waiting Too Long.” Simple chords and a deep bass resonated through the venue as sepia-filtered shots of the brothers lounging on the crowd phase in and out in the background, under orange lights that warm both the color of the stage and the tone of the sound.

Despite a program with music from over four years of repertoire, the band maintained a loyal group of fans. Interweaving low-key melodies with intense dance beats took the audience on a colorful ride through Hippie Sabotage’s range of music. The signature drop-off-and-build-up successfully sustained the crowd energy, elevating it (in most songs) right before the beat dropped. The interludes sound the most like trap pieces you’d hear in a typical hip-hop concert, but what sets Hippie Sabotage apart from other EDM is not the bass and the beat drops. It’s their hip-swaying, head-bobbing tunes that come from their instruments, voices, and lyrics.